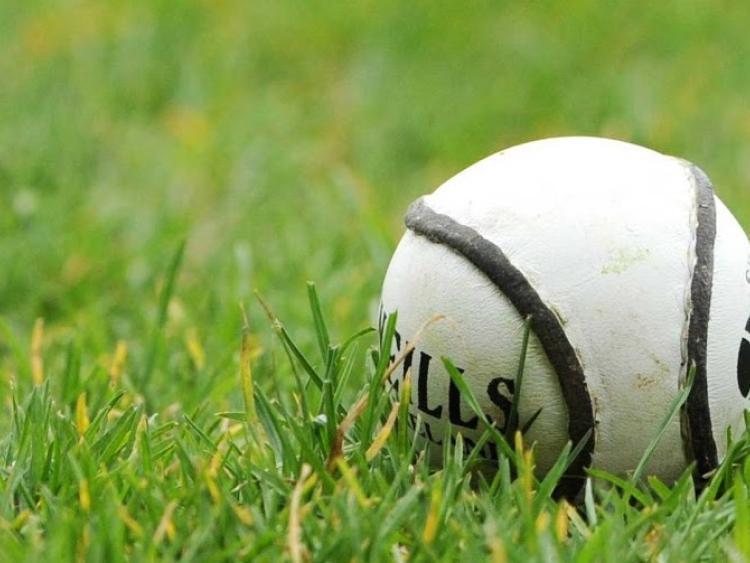 Borris-Ileigh and Upperchurch-Drombane battled to a stalemate in a significant Tipperary Water County Hurling League division one clash at Borrisoleigh on Sunday afternoon (1-12 to 0-15). A dramatic Jack Hogan goal in the fourth minute of second half injury time earned Borris-Ileigh a share of the spoils in very wet conditions, but it remains to be seen whether that Hogan strike will earn Johnny Kelly’s men a place in the semi-finals.

Three of the four semi-finalists in division one of the Tipperary Water County Hurling League are now known: Roscrea, Nenagh Éire Óg and Upperchurch-Drombane are through to the knock-out stage of the competition, but Drom & Inch could overtake Borris-Ileigh should they get the better of relegation-threatened Burgess next Tuesday night.

For a round-up of all the action (and up-to-date tables) please click here.

Division one is comprised of sixteen teams - two groups of eight with the top two teams in each group progressing to the semi-finals following seven rounds of games while the bottom team in each group will be relegated to division two. And, the division one tables currently read as follows. 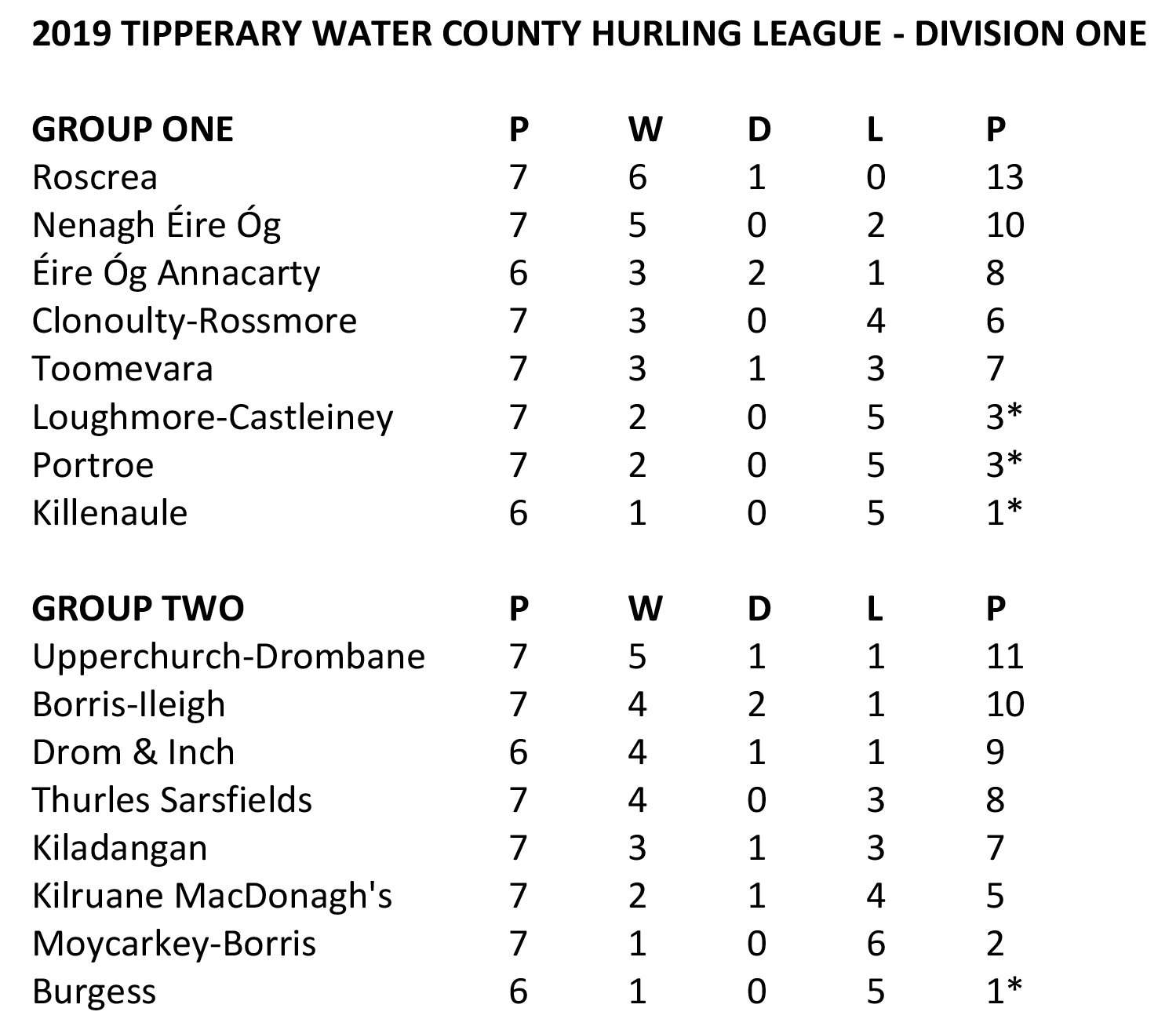 Following a reasonably even opening half on Sunday Borris-Ileigh led their contest with Upperchurch-Drombane 0-8 to 0-7 at the break.

Conor Kenny notched three early points (two frees) to help Borris-Ileigh into an early lead, but Upperchurch-Drombane fought back well and were level (0-3 each) by the end of the opening quarter before Kenny landed a terrific off-the-hurl effort in the 19th minute.

It was tit-for-tat for the remainder of the opening half during which time Jerry Kelly, Thomas Ryan, Ryan Murphy and Paul Ryan notched eye-catching scores from play while Gavin Ryan landed the first of four mighty long-range frees.

Four Conor Kenny frees helped Borris-Ileigh to carve out a two-point lead (0-12 to 0-10) with forty-seven minutes on the clock as conditions worsened while Paul Shanahan, Gavin Ryan and Paul Ryan (free) hit back for Upperchurch-Drombane.

Upperchurch, however, dominated the scoring thereafter - during a five-minute spell (49th-54th) Paul Ryan landed three efforts (two frees) to present John Ryan’s men with the lead for the first time (0-13 to 0-12) and when substitute Michael Lee and centre-back Gavin Ryan (free) landed late points Borris-Ileigh looked doomed. That is until the home side worked the ball short through the Upperchurch defence before Jack Hogan applied the finish in the 64th minute from close range.