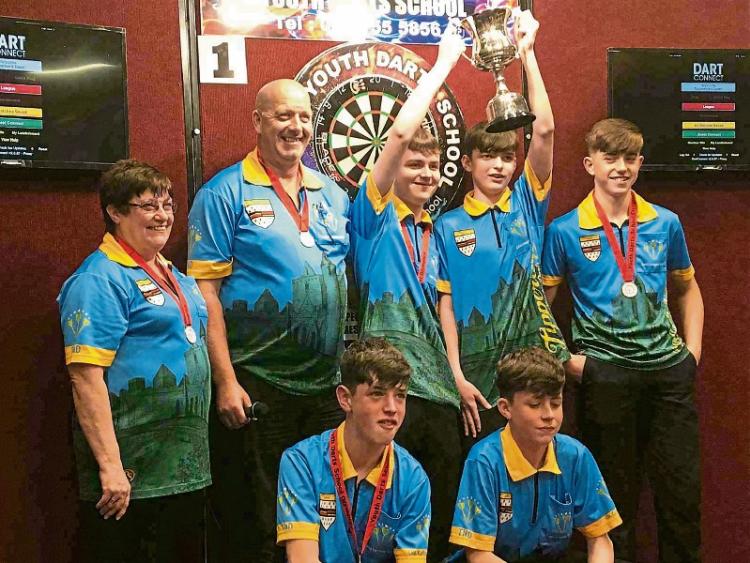 The Tipperary A youth darts team continued a remarkable run of success last Sunday by retaining their All-Ireland Youth Darts Schools trophy in Laois. This comes on the back of them already retaining their Munster Youth title and losing out narrowly 3/2 to Dublin in the All-Ireland finals last month in Dublin.

Tipperary sent three teams to the tournament last Sunday and all three ended up making the quarter-finals. Having already defeated Limerick, Laois, Waterford and Athlone, fate would have it that Tipperary A and B would meet in the semi-final. It proved to be a very tight affair, with the tie going down to the final leg in the final game where Sean Walsh managed to hold off a determined effort from Carrick’s James Fogarty to send the A team through to the final.

In a best of 5 final, Tipperary, through Keenan Norris, Bobby Harris and captain Jack Byrne won  3/0 against a very talented Carlow team, to loud cheers from the Tipperary supporters. This ensured that Sean Walsh and Jake Forristal could relax and enjoy the celebrations.