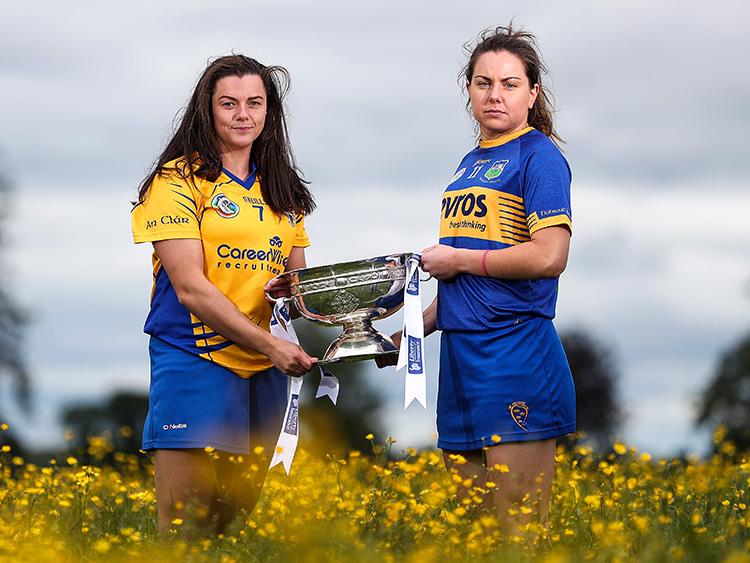 The Tipperary team face a significant test on Saturday, July 6 when Sixmilebridge will host the Liberty Insurance All-Ireland Senior Camogie Championship clash between the Premier County and Clare (5pm).

We do not know if the Tipperary interim senior camogie manager Niamh Lillis had time to read Pat Smullen’s interview in the Irish Examiner last Saturday as she finalised preparations for the Premier County's crunch Liberty Insurance All-Ireland Senior Camogie Championship group two re-fixture with Waterford at Nowlan Park in Kilkenny later that evening.

Smullen was one of the best flat jockeys in the world and was at the height of his powers when diagnosed with pancreatic cancer in March 2018, but, thankfully, he made a full recovery though he had to retire.

If the Liberty Insurance All-Ireland championship is not quite as relentless as the racing world, the week-on-week nature of the round-robin phase means that the eye turns quickly to the next challenge. It must. But as the players huddled together after last week’s vital win in the race to make the Quarter-Finals, Lillis delivered a simple message: “remember this feeling”.

They have had their share of shuddering experiences to give them context since the commencement of the campaign. First, star midfielder Nicole Walsh had to be airlifted from the field at The Ragg three weeks ago, forcing the abandonment of the clash with Waterford.

Then the following week, manager Bill Mullaney was not able to be in attendance for the loss to All-Ireland champions Cork and it was subsequently announced the Newport-Ballinahinch man would have to stand down for health reasons.

This was a blow, as Mullaney had overseen a huge improvement in fortunes, with the seniors and intermediates reaching All-Ireland semi-finals last year under his watch, and the second string annexing the national league division two title in April.

But the rest of the management group stepped up to the plate and galvanised the troops. With Walsh cheering on from the sidelines, Cáit Devane inspirational, and Ereena Fryday providing two of her side’s four goals, the Premier County even shrugged off the loss of Orla O’Dwyer to a hamstring injury before half-time to record a three-point win.

This was huge, particularly as Tipp had been trailing by four in the original outing with time running out. Lillis was right. This was one to enjoy.

“When you lose, management often say, ‘You bottle this and you hold it for the next day and remember the hurt’ but sometimes we forget to remember the good days too,” Cáit Devane said afterwards.

“This is why we play. There was a great buzz there and that winning feeling, you can’t buy it but we’ve a quick turnaround.”

Clare are in the opposite corner at Sixmilebridge later today (5pm) and with both dead-locked along with Waterford and Dublin on three points - all four teams have won one of two games while Meath are not out of it despite being pointless and Cork top the table with the only 100 per cent record - this is another key encounter.

So although last week was to be enjoyed, Tipp want to continue moving forward.

“At the start of the year that would be your end goal though you take it match on match.

“Last year we took a big step in the right direction, making the semi-final, but we still didn’t win. That is a disappointing end to the year no matter what way you look at it. The moral victories, you get sick of them.

“We are just really looking forward to seeing what this summer can hold. Trying really to get over that final hurdle, of getting to a final and then when you get there the rest can look after itself. It is a bit frustrating from our point of view as well, that we haven’t progressed.

“The environment is competitive. We are trying to be the best we can be in our sport. We need to progress every year and make sure we are not plateauing and just being happy to be competitive or make the semi-final. Ultimately, we want to get the big titles, the national titles.

Devane sets very high standards which is why you hear players from other counties talk about how they looked up to her when they shared a dressing room with the Clonoulty-Rossmore star at the University of Limerick.

A PE and Irish teacher at Pres Thurles, where she was a transition year student when making her Tipp debut ten years ago, Devane is a born leader. Humility is a critical element of the 26-year-old’s make-up. She grafts as well as crafts and scoffs at any notion of pressure that comes with being the best-known name.

“Is there pressure with that? I don’t really think so. In the set-up there is fifteen players starting and twenty players used in every match. Everyone is as important as each other.

“I have been given the task of the free-taking in the last couple of years, maybe you get a bit of extra attention with that. But again it is seen as a task. My job is to put the ball over the bar as best you can.

“The pressure that would come would be the pressure I would put on myself, the standards you would set. Like everybody else, you are trying to better yourself from the last day and trying to do your bit for the team.

“There is a good ethos that is there at the moment. It is a team. The player in the best position gets the ball. It doesn’t make a difference who scores as long as Tipp scores.”