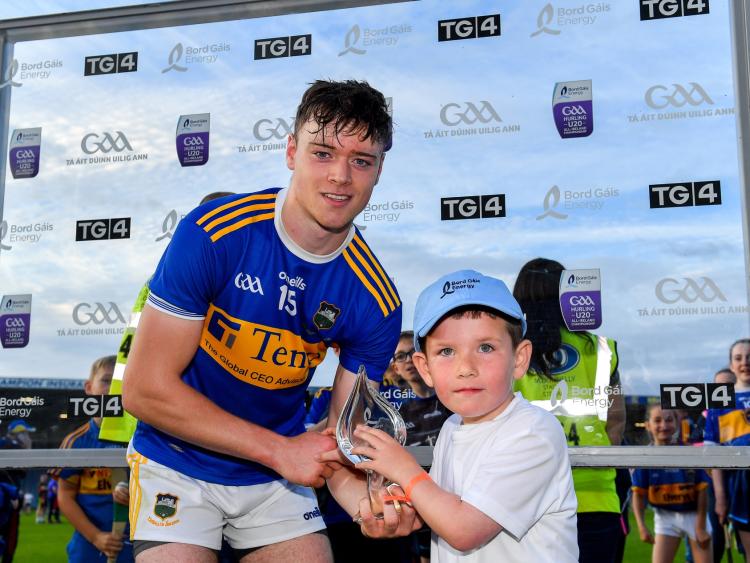 Conor Bowe notched 2-2 from play during Tipperary's 22-point win over Waterford (3-23 to 0-10) in the semi-finals of the Bord Gáis Energy Munster Under-20 Hurling Championship at Semple Stadium, Thurles on Tuesday evening. The rising Moyne-Templetouhy star was named as the man of the match following that one-sided contest. And, now you can watch both of Conor Bowe's goals along with his post-match interview with TG4.

Here is Conor Bowe's interview with TG4 following his man of the match display.

And, mere seconds later Conor Bowe notched his second when he shortened the grip beautifully.