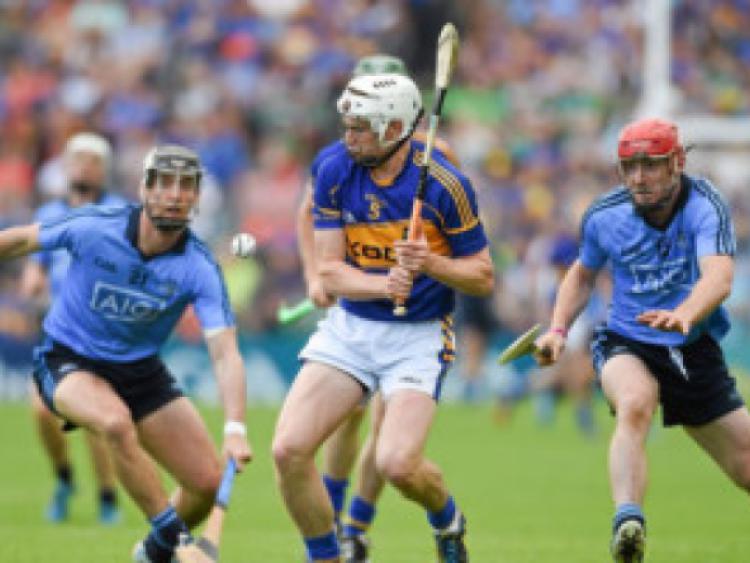 Brendan Maher will likely resume at half back on Sunday with Cathal Barrett ready to return at corner back.

A preview of the Tipperary vs Laois All-Ireland quarter final

Forget the fact that few saw this match-up on the horizon up to mid-afternoon on Sunday last, the focus from a Tipperary perspective must be the very same as it would be for any other opponent in an All-Ireland quarter-final.
Laois' win over Dublin might well be the story of the championship, but Tipperary must ensure that it does not be overtaken by an even bigger tale next Sunday in Croke Park.

Laois have slayed a dragon in the form of Dublin, that Tipperary folks were wary of in the extreme.
The Dubs had already scored a surprise victory over Tipperary in the Allianz National Hurling League quarter final, and they had designs on doing the very same at the same stage of the championship - perhaps they had their eyes fixed too firmly on the Munster runner-up and forgot about the immediate challenge of the Laois men.
Tipperary had better not fall into the same trap next Sunday.

Granted the cat might be out of the bag to an extent as far as Laois are concerned and Tipperary will have their homework done on each member of the opposition - how many of those Laois men would have been known to Tipperary followers prior to last Sunday?

Which or whether, Laois still have to be beaten and Tipperary cannot afford to be fixing their gaze on Davy Fitzgerald and Wexford two weeks later, in any way, shape or form. Being honest, the management team and players would not be expected to disrespect Laois by doing so. 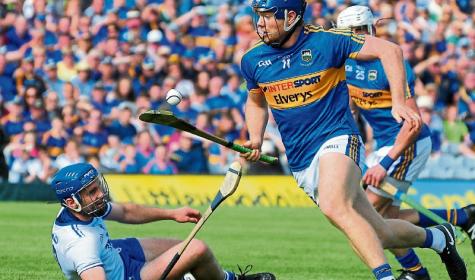 Jason Forde will relish the expanses of Croke Park on Sunday against Laois.

Everybody, bar none, expects Tipperary to beat Laois on Sunday. Anything else would be a shock of gigantic proportions. But, the majority of Tipperary supporters who will travel to Croke Park will be looking much deeper than the scoreline to assess where their men are at. They will want to examine in detail the level of energy, creativity and flexibility within the group, and they will expect to see some fringe players making an appearance and getting invaluable Croke Park experience - how fortunate for Tipp to be playing in Croke Park and to perhaps have the chance to showcase some of those men who have warmed the bench since May.

Tipperary trained behind closed doors on Sunday morning last in Semple Stadium - their gameplan was surely to impose their own authority on the All-Ireland quarter-final, while also being cognisant of the opposition. Without doubt, they were banking on Dublin, but the fact that it is Laois, and not Dublin, won't alter their thought process too much. They will still wish to manage the game, run proceedings and set out their own stall from the off. Achieve this, and the game will go as planned.
However, if Tipperary allow Laois or anybody else to stay in the game for any extended period of time, the opposition will grow in self belief and the task of downing them becomes more difficult. So, Tipp will want to kill off this game early and most would suggest that they have the wherewithall to do that. Win the game early and get some replacements on the pitch to instill them with experience - that should be the ultimate game plan.

It's fair to say that losing the provincial final has perhaps been kinder to Tipp than to the provincial winners. The Premier County has gotten the better draw, according to the pundits, whereas Limerick will have to contend with the winners of Cork and Kilkenny in their All-Ireland semi-final.
But, Tipp didn't want to lose the Munster final and have had to get over the disappointment before facing into the quarter-final challenge.

That Laois have arrived on the scene, to be followed by Wexford, all going well, is not Tipperary's fault - the system is there to be exploited and Tipperary have had the best form of any of the remaining contenders.
Sunday will be a massive day for Laois hurling and there is likely be a huge attendance making the pilgrimage.
However, many lukewarm Tipperary fans could stay away in favour of a trip to the capital for the All-Ireland semi-final two weeks later instead. It's hard to argue with them too, and while the diehards will be disappointed that Tipp will likely be out-numbered in Croke Park - you could easily picture Kilkenny and Cork supporters rooting for the underdog - they will still expect the players to have the mental strength to cope with the unleashing of Laois folk in Croker.

So, an alert, warned and rejuvenated Tipperary to kill this game off early on Sunday would be just what Liam Sheedy would order of his men.
Trouble is Eddie Brennan will have a few ideas of his own when it comes to how Laois will perform against Tipp. And remember, Brennan, a Tipperary-based member of An Garda Siochana, knows a fair bit about inflicting hurt and pain on The Premier County. Were he to mastermind an upset next Sunday, it would be, arguably, a more famous feat than any of his nine All-Ireland senior hurling medals.