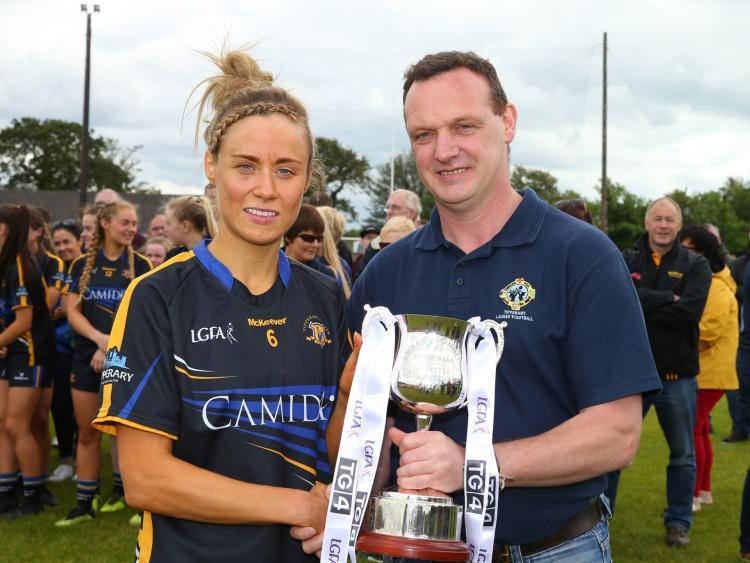 Tipperary got their TG4 All-Ireland Intermediate Ladies Football Championship campaign off to a winning start at a roasting hot Ardfinnan on Sunday afternoon when Shane Ronayne’s side beat Meath with eleven points to spare. It was not, however, all plain sailing for the Premier County as a sluggish second half display has left Tipperary with plenty to work on.

Following a whirlwind start Tipperary led 3-2 to 0-0 after eleven minutes and by eleven points at the break (5-4 to 1-5), but Meath caused plenty of problems for the Premier County in the second half - Shane Ronayne’s management team will be expecting to see a much improved performance against Longford next weekend.

Tipperary took off like the proverbial rocket in this clash. Right from the throw-in Aisling McCarthy and Anna Rose Kennedy combined to set up Aishling Moloney for a close range finish. Then, with not even a minute on the clock, Aishling Moloney intercepted the resultant kick-out and found Anna Carey who, in turn, set up Angela McGuigan for a second goal. The highly-influential Aisling McCarthy then booted over two terrific points from play to force the home side eight clear (2-2 to no-score) with just five minutes on the clock.

In the sixth minute Anna Rose Kennedy thundered her shot off the Meath crossbar, but Tipperary did not have to wait much longer for their third three-pointer - that materialised in the 11th minute when Tipp pressed the Meath re-start to devastating effect and Caoimhe Condon delivered a composed finish (3-2 to no-score).

Meath, however, stuck at it and although Emma Duggan spurned two early goal-scoring opportunities the centre-forward made no mistake in the 13th minute when converting a penalty following a foul on Bridgetta Lynch; Duggan added a free soon after and Meath were up and running (3-2 to 1-1).

Tipperary’s fourth goal arrived in the 22nd minute when the home side turned over the Meath kick-out once more - this time Angela McGuigan and Aisling McCarthy combined before Laura Dillon applied the finish.

Meath did well to notch three successive scores in response, but Tipperary regularly threatened to carve the opposition defence open and did so once more in the 30th minute when Aishling Moloney created the room for Angela McGuigan to score her second three-pointer of the afternoon.

The Premier County squad will be disappointed to learn that they conceded twenty-five frees (Meath: twelve) and such indiscipline cost the home side dearly during the opening seven minutes of the second half when Emma Duggan booted over four points (three frees) to close the gap to eight with only Caoimhe Condon responding for Tipp (5-5 to 1-9).

Entering the final quarter an Aisling Moloney free appeared to steady Tipp, but Meath poured forward undeterred and landed the next four points to reduce the deficit faced by the Leinster finalists to five (5-6 to 1-13) with nine minutes to play.

You never sensed that Tipperary were in any real danger of losing this contest, but the prevailing pattern of the game was a concern. Thankfully, the Premier County re-grouped: in the 52nd minute Aisling McCarthy landed an eye-catching long-range point off her right boot before Aishling Moloney converted a free.

Orlagh Lally hit back for Meath, but Tipp were moving much better now and although Anna Carey had demanded a great save from Meath ‘keeper Monica McGuirk in the 40th minute and Aisling Moloney had spurned a glorious opportunity in the 56th there would be no mistake in the first minute of second half injury time when Moloney grabbed an Aisling McCarthy delivery and buried a sixth Tipperary three-pointer.

Emma Morrissey and Ava Fennessy closed out the game with neat points. 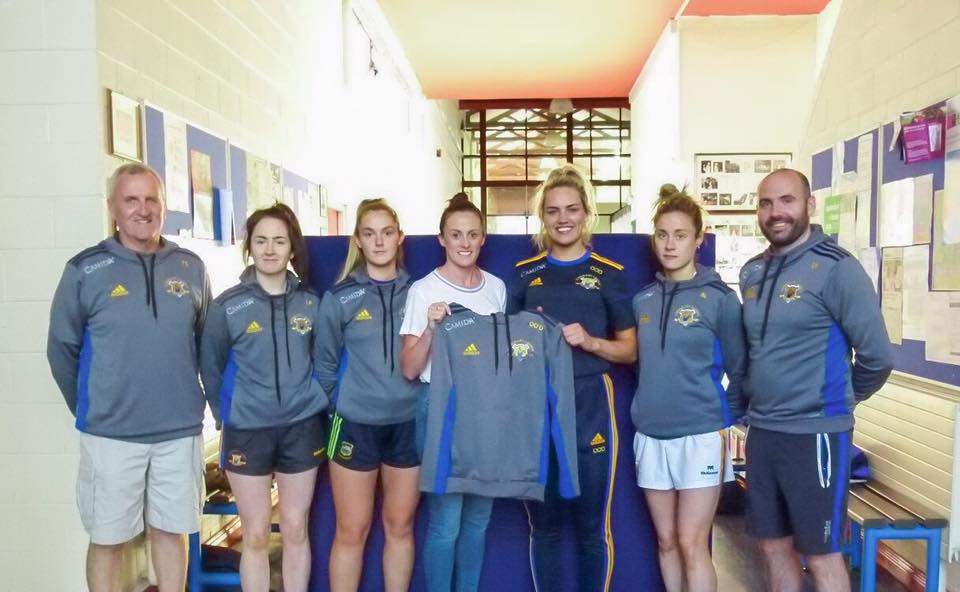 In total fourteen teams will battle it out for the right to land the Mary Quinn Memorial Cup in the All-Ireland final on Sunday, September 15 at Croke Park, Dublin. The championship comprises of two groups of four and two groups of three with the top two teams in each group progressing to the quarter-finals. In their remaining group games Tipperary face Longford on the weekend of July 21 and Wicklow on the weekend of July 28. The quarter-finals are scheduled to take place on August 4 and the semi-finals on August 18.

Tipperary, of course, were crowned All-Ireland intermediate champions as recently as 2017 when beating Tyrone so famously in the decider (1-13 to 1-10), but were cruelly relegated from the senior grade in the 2018. Tipperary recently won the Munster final when they beat Clare 0-20 to 1-4 in the decider. Tipperary progressed to that provincial final thanks ot victories over Limerick (10-22 to 0-4) and Clare (2-15 to 2-11).