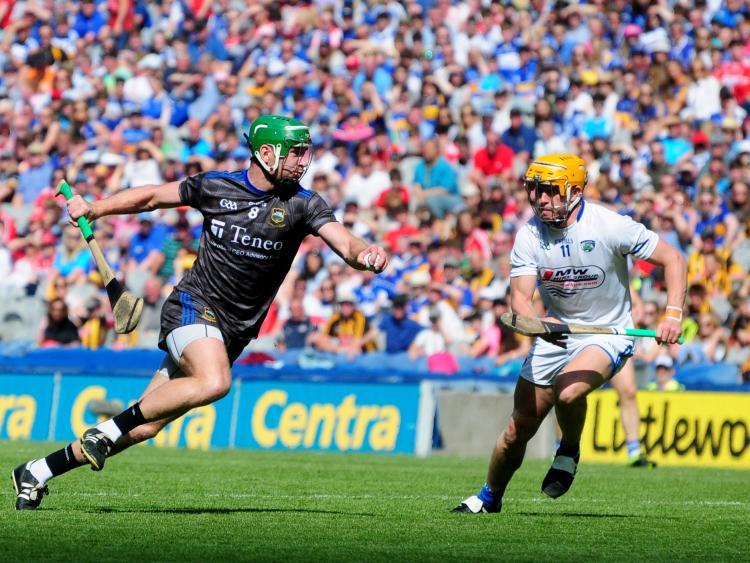 When Liam Sheedy cited a return to Croke Park as being one of his major goals for the 2019 season, having just taken over as bainisteoir, he could hardly have predicted that the headquarters clash would be as straight forward as it turned out.

So it turned out, and as Sheedy oversees the recovery process of his charges these days, his mind will be very firmly fixed on the Wexford game and what Davy Fitzgerald might be thinking for the penultimate game of the championship on Sunday, July 28.

It has to be all about recovery now for Tipp - getting freshness back into the legs again; allowing the bodies the chance to recover from the exertions and ensuring that the minds are sharp, focused and ready for what will be a far more stern examination of the Premier County's credentials.

As expected, Laois brought tremendous spirit to Croke Park last Sunday, but they didn't have the finesse to finish the job.

Wexford will bring similar spirit and steel, but they also have considerably more know-how than their Leinster counterparts.

And, when they line up behind the Artane Boys Band on Sunday week as Leinster champions and on the crest of a tidal wave they will trouble Tipp to a far greater degree than Laois did.

So, what can Tipp learn from last Sunday? Well, for starters, a run out in Croke Park is of great benefit and familiarises the players with the magnificent surrounds once again. For the newcomers, it was a great chance - even for those who did not see game time.

In many ways, the performance on Sunday is exactly what Sheedy would have wanted - a good win, but with plenty of criticism of his team as well, and loads to work on. Had Tipp hurled Laois off the pitch and ran up a massive score - thery could have too, considering the number of missed chances - everybody would be talking up Tipp right now. But the scales are balanced very nicely indeed now - Tipp will go into the semi-final against Wexford knowing that they have to up the ante very considerably if they are to push past them.

Sunday will also give some kind of indication to the players as to what to expected when Wexford deploy a sweeper, as Laois did on Sunday. Tipp did not cope very well with that scenario and took time to work their way around it.

But, eventually a number of scores came directly from restarts which were created by virtue of there being free men in the Tipp defence to take ball off goalkeeper Brian Hogan - a few of those short puck-outs didn't work out too by the way.

Tipp will be worried about the level of fouling again. This is something which has dogged the side in the Munster championship and the punishment is pretty severe with almost all teams now having ace marksmen to make the most of the free shots. Cutting down on the fouling is easier said than done, especially when teams are running at the Premier rearguard. However, it has to be said that referee Colm Lyons was particularly hard on Tipp on Sunday - at least three pointed frees awarded to Laois were harsh in the extreme.

So, Tipp march on having overcome an assignment that had the potential to cause problems - they deserve credit for that and never looked to be in difficulty at any stage. Yes, their hurling was sloppy at times and, yes, the forwards found it hard to get into the game - none of the starting half forwards raised a flag - but they still managed twenty-seven scores which is nothing to be sniffed at, at all.

But, more is required and if they can get back to the levels of fluidity witnessed in the Munster round robin, they are in with a great shout of reaching the All-Ireland final.

Anything less, and Wexford will devour them with hunger and desire alone. We saw what happened in Wexford Park in the league game when the hosts brought a game full of aggression and drive to the table - they'll do that again in the semi-final, and as Leinster champions, they will be brimming with confidence.

Tipp were out-numbered greatly at Croke Park on Sunday, as they were at the Gaelic Grounds for the Munster final in the last game. The players need support on Sunday week for that all-important Wexford game.

So, if you can, make plans now and get there to back the team.