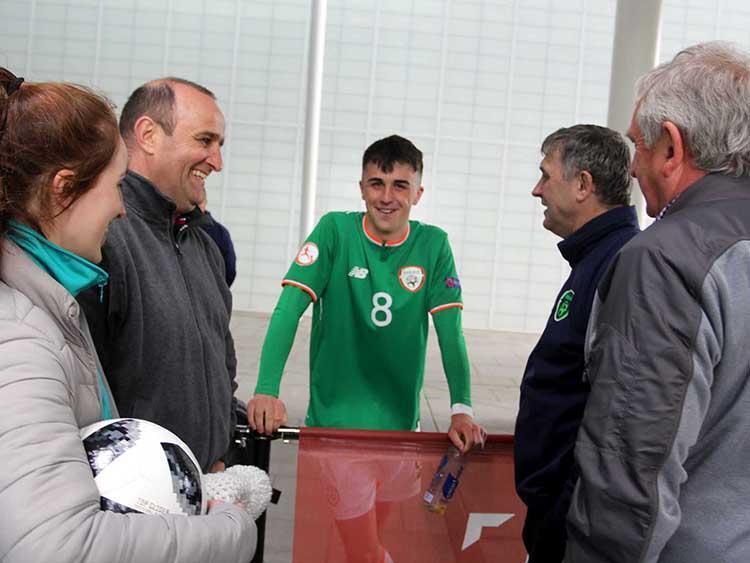 Following a draw with Norway (1-1) and a defeat suffered at the hands of France (0-1) the Republic of Ireland required a win over the Czech Republic in the Under-19 European Championships in Armenia on Sunday evening. And, the contest was delicately poised at one-all in the 79th minute when Nenagh man Barry Coffey struck for the winning goal.

The Republic of Ireland will now face Portugal in the semi-finals on Wednesday, July 24 while the final is scheduled to take place on July 27.

Against both France and the Czech Republic the eighteen-year-old Barry Coffey was introduced as a second half substitute.

In June 2017 Barry Coffey signed with Scottish footballing giant Glasgow Celtic. The Nenagh man is now a member of the Glasgow Celtic first team squad and featured in two recent pre-season friendlies under manager Neil Lennon; on June 26 Barry Coffey started for Glasgow Celtic in a 6-1 win over SC Pinakfeld in Austria while the midfielder was then introduced as a substitute in a 2-1 victory against Wiener SC on June 29.

Barry Coffey starred on the Nenagh AFC junior side which came within a point of winning the Limerick District League Premier Division league title in 2016 while Barry also inspired Nenagh AFC to a first-ever FAI Under-17 Cup title (2016) - the Blues famously beat Cork’s Wilton United 3-2 after extra-time at Pearse Stadium in Limerick on that occasion.