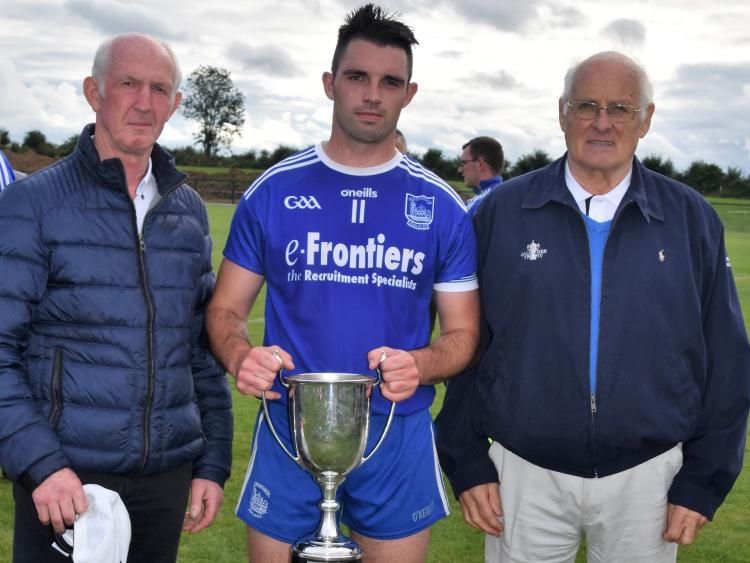 A thirteen-point win (1-27 to 1-14) over former All-Ireland club champions Na Piarsaigh (Limerick) was a fitting outcome to the staging of the first competitive game at Thurles Sarsfields' new pitch on the Racecourse Road on Saturday as the hosts won the Semple Cup after an entertaining encounter.

To put matters in context Na Piarsaigh were without nine of their first steam (with most involved in the Limerick inter-county setup) while Sarsfields themselves were similarly disadvantaged due to inter-county activities, injuries and players away for the summer.

As a pointer to the coming championship, therefore, this game is irrelevant, but it was a lively and free-scoring encounter with fringe players in both squads seeking to make a favourable impression.

Sarsfields are moving toward the completion of the second stage of the one million euro development with dressing rooms and ancillary services still to be provided before the final phase (which includes floodlighting, an all-weather training area, hurling wall and stand), but with hurling camogie and ladies football demands on the club’s facilities on the increase it was imperative to have the new field in operation as quickly as possible. It is a huge benefit to the club and in time will be so for both the Mid Tipperary division and county.

To Seanie Butler, the great grandson of Sarsfields and Tipperary goalkeeper of the thirties Tommy Butler, fell the honour of scoring the first point on the new pitch after only two minutes as the home side smartly moved into a 0-15 to 0-8 interval lead with John Maher hitting four points and Aidan McCormack three while Paul Maher, Conor Stakelum and Eoin Purcell each contributed a brace and Tommy Doyle added another point.

Will Henn and Ronan Lynch were the mainstay of the Na Piarsaigh challenge and continued to be so as Sars extended their advantage after the break. The home side were 0-22 to 0-13 ahead in the 52nd minute when Patrick McCormack denied Na Piarsaigh’s Lynch a likely goal with a good save.
Had they netted it might have sparked a rally. Instead, Sarsfields surged down the field and when Conor Stakelum was fouled Aidan McCormack netted the resulting penalty to effectively close off the game.

In the closing stages Sarsfields emptied their bench to afford as many as possible squad members the opportunity to savour an historic day for the club.

After the game TJ Semple, a former player with club and county and grandson of the late Tom Semple, presented the Semple Cup to winning captain Aidan McCormack.