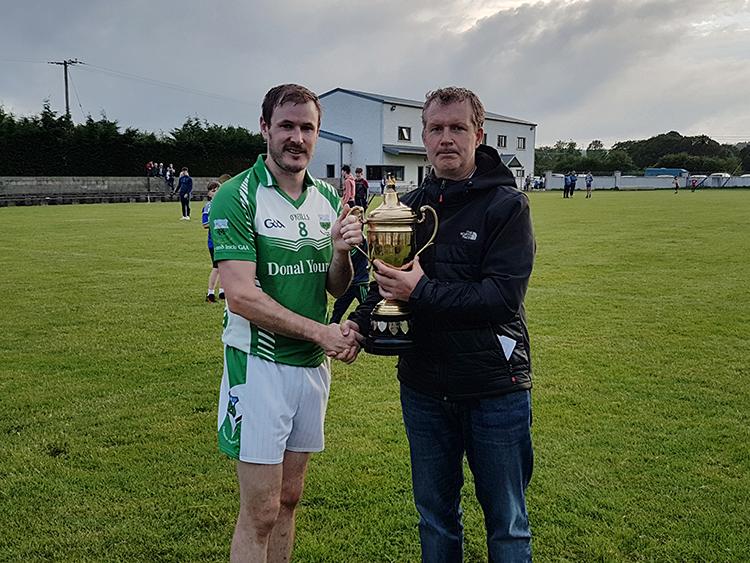 And, Drom & Inch were very good value for this latest success. Indeed, Knockavilla-Donaskeigh Kickhams have a significant level of work to get through should they hope to make an impression on the Tipperary Water County Intermediate Hurling Championship this season. The Kickhams really struggled in this contest: Knockavilla only managed 1-3 from play.

In contrast Drom & Inch were well on top. Captain Kevin Butler had a fine outing in the middle of the field, Michael Campion and Paul Kennedy wreaked havoc up front while the half-back line featuring Martin McGrath, Eamonn Buckley and Enda Walsh were utterly dominant. And, Eamonn Buckley was the stand-out candidate for the man of the match award; Buckley gave an exhibition at centre-back.

The Drom & Inch dominance was franked when three further scores - which arrived courtesy of Donnacha Kennedy, Michael Campion and Paul Kennedy (free) - left seven points between the sides (0-9 to 0-2).

In the 26th minute Drom ‘keeper Damien Young conjured a neat save to deny the raiding Devon Ryan, but four minutes later Knockavilla would not be denied when Paudie Slattery’s effort was half-blocked and Eoin Carew scooped in his effort from close range.

Paul Kennedy (free) closed out the first half scoring to leave five between the sides (0-10 to 1-2), but given the quality of their performance Knockavilla-Donaskeigh Kickhams hardly deserved to be within touching distance of their opponents.

After the sides traded efforts in the second half Kickhams pieced together a terrific move - Kieran Breen and Eoin Carew combined to set up Devon Ryan, but Damien Young saved once more in the 32nd minute.

And, that miss proved costly: in the 36th minute Michael Campion provided the assist and Joey Maher fired Drom & Inch into an eight-point lead. Five minutes later that advantage was extended to eleven points (2-11 to 1-3) when Michael Campion gathered Pat Lupton’s cross and left his shot in the bottom right hand corner.

The Kickhams rallied with efforts from Devon Ryan, Shane Morrissey and Aaron Browne (free), but entering the final quarter Knockavilla still trailed by eight (2-11 to 1-6).

The sides traded efforts (one of which was an absolute cracker from Kevin Butler) before Kickhams corner-back Shane Farrell was very fortunate to escape with just a caution following a wild pull on Drom & Inch corner-forward Paul Kennedy in the 55th minute - Kennedy (to his absolute credit) buried the resultant penalty following some treatment from the Drom physio.

Paul Kennedy (one ’65), David Butler and Michael Campion closed out the scoring while Kickhams ‘keeper Aaron Browne did especially well to save another Paul Kennedy effort in the 60th minute.