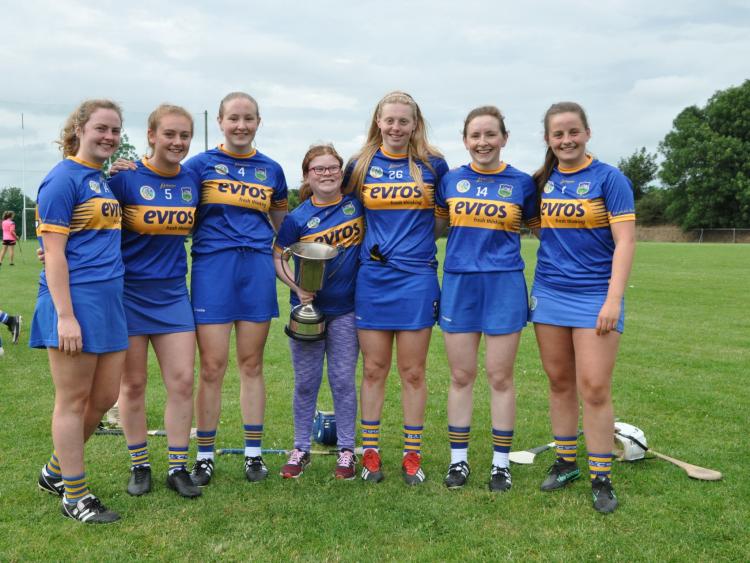 Semple Stadium, Thurles will host the Liberty Insurance All-Ireland Senior Camogie Championship quarter-finals on Saturday, August 3 - on the day Galway will face Waterford (7.15pm) while Tipperary will renew their rivalry with Limerick (5.30pm) with a place in the last four up for grabs against Cork or Kilkenny. And, Tipperary will face into the clash with the Shannonsiders having four the last four games in succession against Waterford, Clare, Dublin and, most recently, Meath.

Tipperary beat Meath (0-15 to 0-11) to seal second place in group two (behind All-Ireland champions Cork) while Limerick finished third in group one following a 1-13 to 4-23 defeat suffered at the hands of Kilkenny.

A five-point win over Dublin (1-11 to 0-9) at The Ragg Camogie Grounds booked Tipperary’s place in the quarter-finals of the Liberty Insurance All-Ireland Senior Camogie Championship with a round to spare.

The All-Ireland semi-finals are scheduled to take place on the weekend of August August 17 and the final on September 8.

Drom & Inch's Caoimhe Bourke has tied down the goalkeeping spot on the Tipperary with a good command of the goal area and great shot-stopping ability.

The full-back line has changed several times throughout the group stages of the championship depending on the opposition with Julieanne Bourke and Eimear Loughman showing good mobility and marking with Gemma Grace used at both wing-back and full-back roles. Karen Kennedy has played at number six, but Mary Ryan, the winner of two player of the week awards in recent weeks, wasalso comfortable in this role. Meanwhile Aoife McGrath and team captain Clodagh Quirke make up the remaining spots on the half-back line.

Midfield has featured the energy of Megan Ryan and work-rate of Niamh Treacy who combine well - Niamh Treacy also won the national league division two player of the league award earlier this year for her consistent displays. Tipp may opt for the strong-running minor Grace O'Toole, who opened up the Waterford defence from midfield.

Orla O'Dwyer has recovered from a hamstring injury to join current All-Star Cait Devane and Eibhlis McDonald in a high-scoring half forward line. Eibhlis has scored some vital goals this season, especially against Waterford and Clare.

Meanwhile forwards Grace O'Brien, Ereena Fryday and the high-fielding Miriam Campion are all coming into good form this clash. Nicole Walsh scored a crucial point versus Meath to show no repercussions from her earlier injury. Laura Loughnane and Caroline Mullaney have featured as defensive cover during the group stages with Jean Kelly and Karin Blair ready to go as forward cover.

Tipperary reached the All-Ireland semi-finals last year for the first time since 2008 and will be hoping to take a further step this year and reach an All-Ireland final.

All under-16s are free to enter on Saturday next so the Tipperary County Camogie Board are urging all Gaelic games supporters to come out and support our the Premier County senior team in their quest for All-Ireland glory.

The Tipperary intermediate team travel to Owenbeg in Derry in the hope of securing an All-Ireland semi-final spot this weekend. Tipperary had a huge win over Carlow recently when scoring 5-29. Right now Tipperary sit on ten points and top their group with Down set to play bottom of the table Wexford on eight points. Derry can catch Tipperary and join them on ten points with a home win, but with score difference relevant.

A win by Derry of nine points or more would see them through on score difference. If the scores are level on score difference the head-to-head result would count. The rules were updated several years ago when Clare and Dublin ended level on all counts and a coin toss was the employed as the method to find a winner. A replay will now take place if teams cannot be separated.