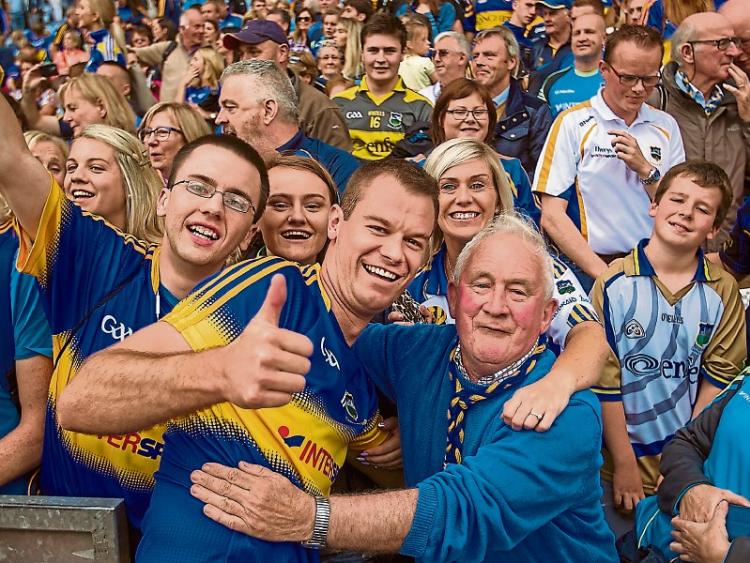 Rockwell Rovers booked their place in the Shane Hennessy Agri-Advisor West Intermediate Football Championship Final as they saw off the challenge of neighbours Cashel King Cormacs in Golden on Wednesday evening. A strong first half showing from Rockwell Rovers helped by top scorer Alan Moloney who finished with 2-7, paved their way for a victory and a spot in the final though they did have to withstand a strong second half challenge from Cashel King Cormacs.

Firstly Tomas Skeffington’s shot was saved by Shane Nolan while a minute later Adam Kennedy’s shot came back off the post. The game after this was Rockwell Rovers as they took over. Alan Moloney goaled and added another point from a free. Patrick Fahy did pull a point back for Cashel but they were now struggling to win possession from their own kick-outs. Rockwell were holding possession well and attacking patiently. Alan Moloney pointed and then added a second goal when he found himself in space close to goal after Rockwell won another kick-out.

Rockwell dominated the reminder of the half and added further points from play and placed balls while Ross Doyle added two pointed frees for Cashel. Rockwell Rovers ahead at the break 2-9 to 0-4.

Rockwell Rovers were always comfortable in possession and their midfield of Eoin Shine and Paul Hally claimed a lot of possession especially in the first half which was the launch pad for their attacks. Fergus English and Liam Fahy were strong in defence and also a threat going forward. Alan Moloney was their scorer in chief while Colm Moloney and Willie Flynn got through a lot of work.

Best for Cashel King Cormacs were Patrick Fahy and Michael Coleman who worked tirelessly while Ross and Connor Bonnar were also to the fore.