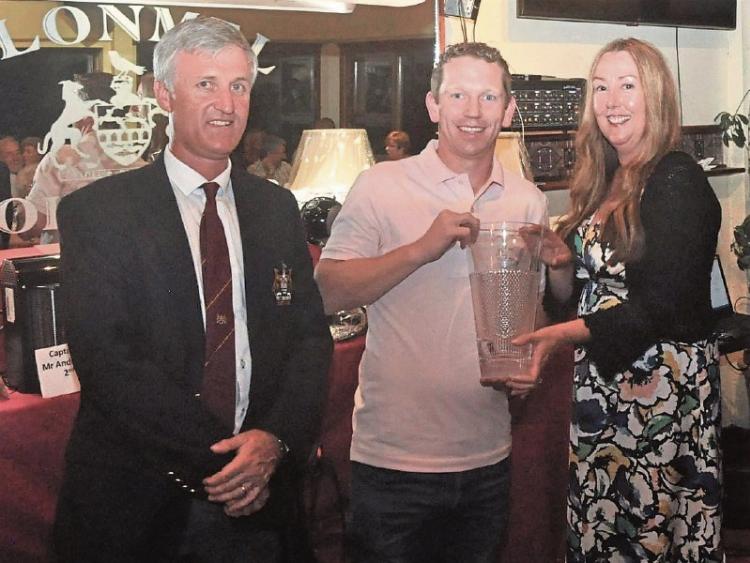 A huge turnout for last Saturday’s Captain’s Prize.  Captain Andrew Gartlan pulled out all the stops and the event was an excellent success again.

The first group teed off at 7.40am and by the time Mikey Power and Richie Whelan were replacing the flag on 18 many players had not loaded the clubs.  But with a fine early morning score of 66 Mikey had already registered the winning score.

As the breeze rose as the late morning arrived the score of 66 was always going to be difficult to beat and so it proved.  Keith Norris came closest with a 68 with Thomas Crotty a shot further back on 69.

The presentations took place in the clubhouse later in the evening and a large number of members gathered with Andrew Gartlan and his family with some travelling from Dundalk to join in the evening.

There was a special presentation to Timmy O’Dwyer to mark the 25th anniversary of Tim’s captaincy.

Congratulations to all the prize winners and to our captain Andrew Gartlan on a wonderful day. 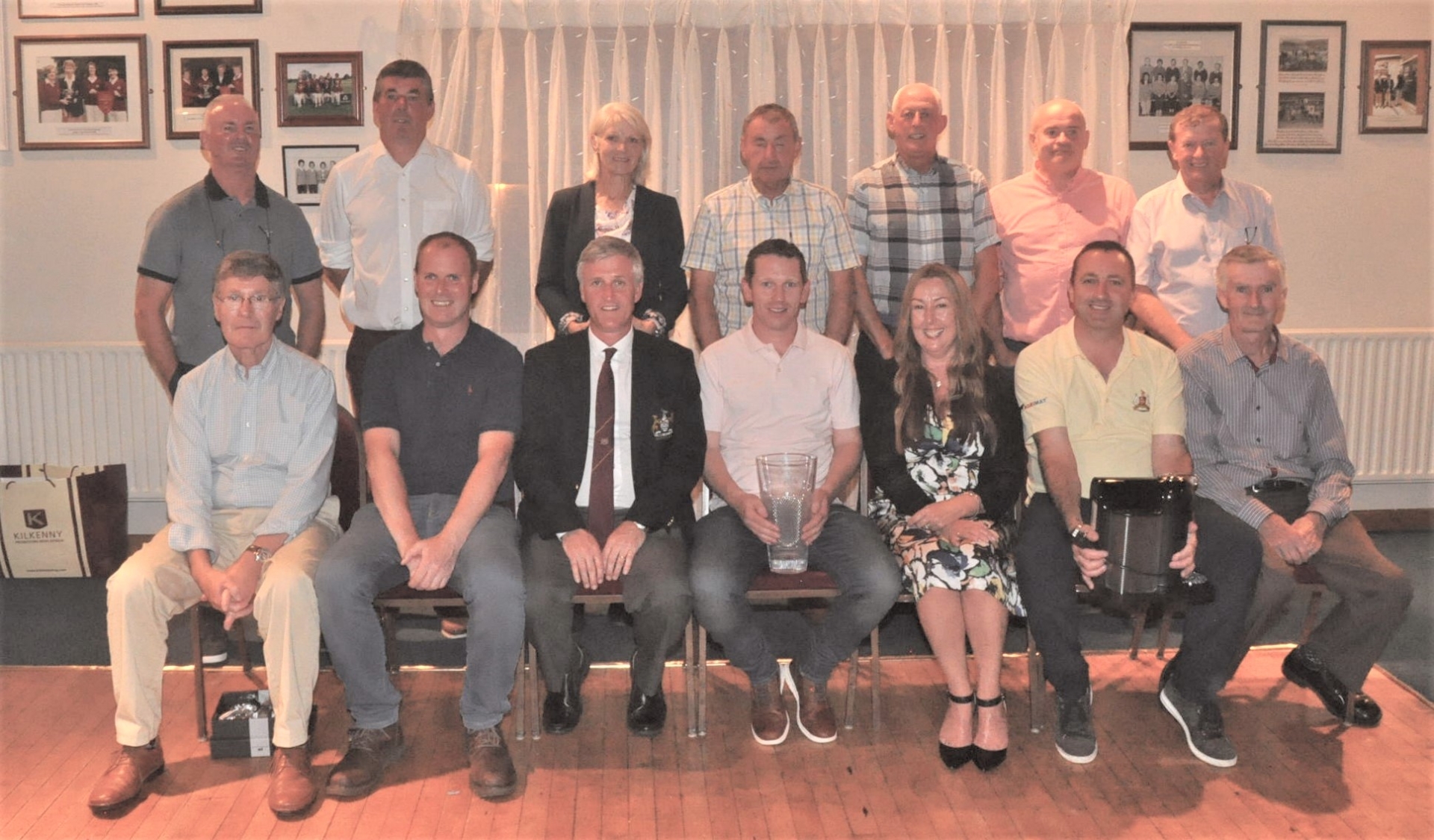 Some of the prizewinners in the Captain's Prize (Andrew Gartlan) at Clonmel Golf Club on Saturday last, August 3: