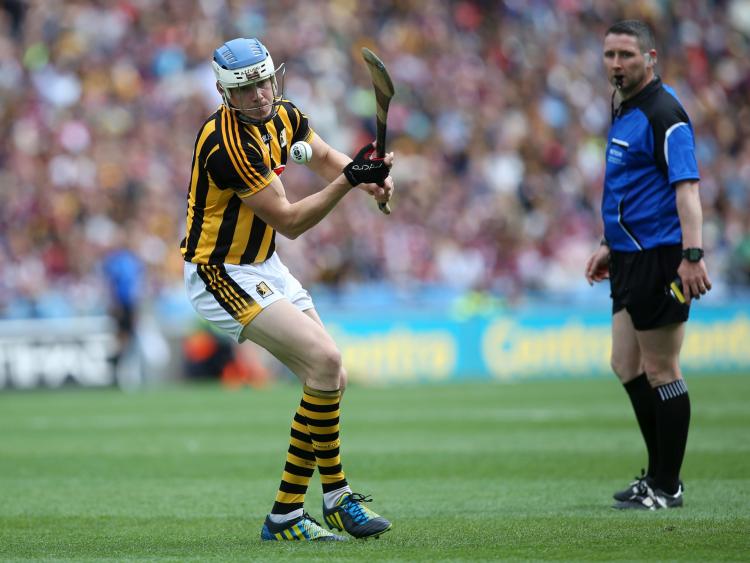 Who will pick up TJ Reid on Sunday?

In Association with Tipperary Water

There are few enough certainties in life but one of those when it comes to hurling is that Kilkenny in All-Ireland finals will bring one hell of a battle to the party. Especially in the Brian Cody era.
Tipperary might as well resign themselves to the fact that Cody's men will hit them harder than they have been hit this year; will apply more pressure and stress than anyone so far; and will do absolutely anything to win this game. Why? Because it is an All-Ireland Final and it is what is expected of them.

We don't have to trawl back through the last three final defeats to find evidence of what Kilkenny do when it comes winning these big games. 2009, 2011 and especially the 2104 replay should be evidence enough. They produced manic intensity, coupled with the most committed of play en-route to claiming those three finals, despite the fact that Tipperary had their great spells in each of the games. And, they will use the same recipe again as they ready themselves for the fray on Sunday.
You can picture the scene - Brian Cody and his management team, riling the players and telling them than Tipperary are only waiting to lift the Liam MacCarthy Cup. They will emphasise the views of the all those pundits who wrote Kilkenny off and said that they were finished. They will highlight the perceived weaknesses in their armoury and question how weak they actually are - the Cats are in the All-Ireland Final after all.

So, all of this will be used as a motivational tool to get the players dander up ahead of their arrival at Croke Park on Sunday.
Much of this is in fact true but the way it is spun is the key thing. Yes, Kilkenny were written off at the start of the year, but especially after the Leinster Final when Wexford beat them convincingly. Yes, there are weaknesses in their side, but show us a team which does not have weaknesses. And yes, the view is that Tipperary, having beaten a fancied Wexford side in such dramatic fashion, are primed for All-Ireland glory on Sunday.

But, let's look a bit closer. Kilkenny defeated the “unbeatable” All-Ireland champions in the semi-final - who saw that coming? In fact, how many people backed them to beat Cork in the quarter final.
The danger signs are there for Liam Sheedy and Tipperary - we have been well warned - Kilkenny have come into form at the right time of the year and have the players who can deliver, perhaps Brian Cody's best ever All-Ireland victory - if we don't perform.
Fore warned is fore armed, they say, and Tipperary need to take heed. They need to expect that Kilkenny will hit them with everything; will fight like marauding tigers throughout the field; and will make the most of every single lapse in concentration. Because, that's what they do.

Brian Cody told the media this week that he doesn't require a sports psychologist in his backroom team - he looks after all that mental preparation himself. You can't imagine the James Stephens man with a couch in his office and his players lying off having their minds massaged and opened to his thoughts. No, Cody is far more direct, down to earth and simple.
He will be emphasising the opportunity Kilkenny have to win an All-Ireland most thought would never come their way this year. He will point to the fact that it takes Tipperary a while to get into full flow - when in full flow, they can destroy a team in minutes. So, he will articulate the needs to ensure that Tipperary's flow is stemmed before it gets going - think of the final in 2011. A classic in the making turned out to be more dour than dramatic, but Kilkenny won the game.

Cody will point to the importance of the Kilkenny players controlling what is happening - the player in possession dictates the game, but those around him also have a major influence. He will always always always emphasise that there is no I in TEAM, and no player is greater than the sum of the team.
So, Tipperary have been warned and in plenty of time to ensure that they get their own thoughts together on Sunday's game. They will recognise the Kilkenny template and they can go about dealing with it.

Liam Sheedy will want his players to seize the chances when they come, just like they did in 2010, but failed to do in 2011. He will look to his men to hurl from the front, dictate the tempo of the game and go at Kilkenny from the very start - this has proved a sound process in Munster and into the All-Ireland series as well.
Tipperary will surely have their scary moments in the game on Sunday, when Kilkenny enjoy a period of dominance - that's the time to redouble the effort; do everything in their power to stem the tide; and set about curbing the number of scores they can create in this period.

The great thing about this Tipp side is that it is laced with experience throughout the field. Leaders were never a problem in defence and attack and more are emerging with every passing game - Tipperary and Liam Sheedy will need every one of those leaders to do their bit on Sunday, as the biggest of tests lies ahead.

If Tipperary perform as they can on Sunday, they will win the All-Ireland Final...... it's as simple as that. They have the defence to marshall the Kilkenny threat in attack and they have the sharpshooters to gun down the Cats rearguard. At midfield too, Tipperary have the keys to unlock the oppositions engine room, while the impact that the substitutions can make, should not be forgotten either. Central to all of this too, will be the distribution of ball from keeper Brian Hogan - if his percentages are on the positive side, Tipperary can win enough ball to cause the damage.

Let's hope that Semple Stadium will be rocking on Monday evening next for a homecoming to remember as the Liam MacCarthy Cup returns to the Premier County once again.