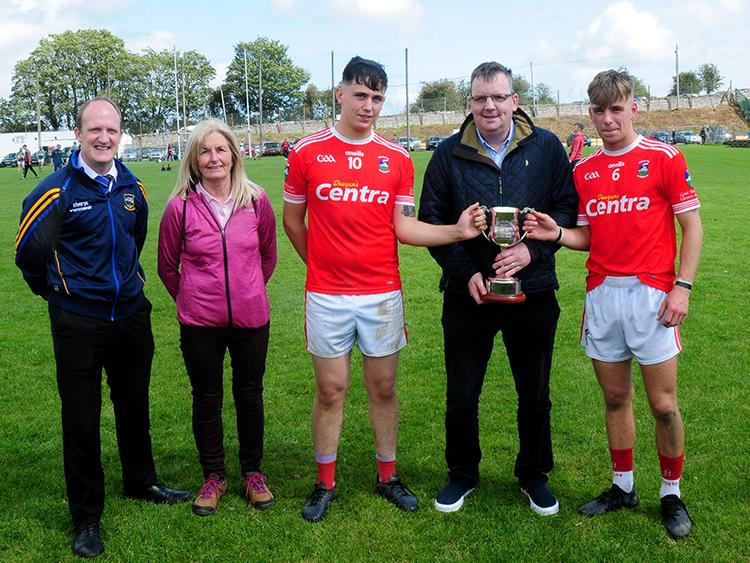 It was truly fitting that Jack Atkinson-Lynch landed the final score of the Thurles Credit Union Mid Tipperary Minor B Hurling Championship final at Holycross on Saturday afternoon. Having played with a very significant wind in the opening half Gortnahoe-Glengoole trailed by a point at the break (0-9 to 1-7), but, thanks in no small part to the work of men like man of the match Atkinson-Lynch, Upperchurch-Drombane were restricted to just four second half points.

Jack Atkinson-Lynch may not have been the most talented hurler on the field, but the Gortnahoe-Glengoole centre-forward was certainly the most effective. He worked tirelessly, scored three points from play, was fouled for a handful of frees and also set up a Jamie Costello goal. Alongside Atkinson-Lynch Brian Maher, Darragh Maher, Cormac Moloney and Oisín Cleary enjoyed fine outings for Gortnahoe-Glengoole while full-back Oisín Treacy, Luke Shanahan and Pat Ryan were the outstanding performers for Upperchurch-Drombane.

Jack Atkinson-Lynch turned over the ball in the first minute before setting up Oisín Cleary for the opening score of the game. Atkinson-Lynch soon added to the Gortnahoe-Glengoole tally, but Upperchurch-Drombane responded well with four Pat Ryan frees and a Luke Shanahan effort propelling them toward a 0-5 to 0-3 lead with seventeen minutes on the clock.

Gortnahoe-Glengoole rallied with three successive points thanks to Oisín Cleary (two frees) and Jack Atkinson-Lynch to take the lead before Pat Ryan (free) and Darragh Maher (’65) traded efforts. Upperchurch-Drombane were trailing by a point in the 26th minute when Michael McLoughlin plundered the opening goal of the game (1-6 to 0-7) - when Keith Ryan’s shot dropped short Pat Ryan won a ruck and created an opportunity for Patrick Purcell; Gortnahoe-Glengoole ‘keeper Robert Gleeson did superbly well to save Purcell’s effort, but McLoughlin buried the rebound.

Dillon Butler, Pat Ryan and then Liam Hayes brought the first half scoring to a close, but it looked like Gortnahoe-Glengoole were in deep trouble when trailing by one at the break (0-9 to 1-7). 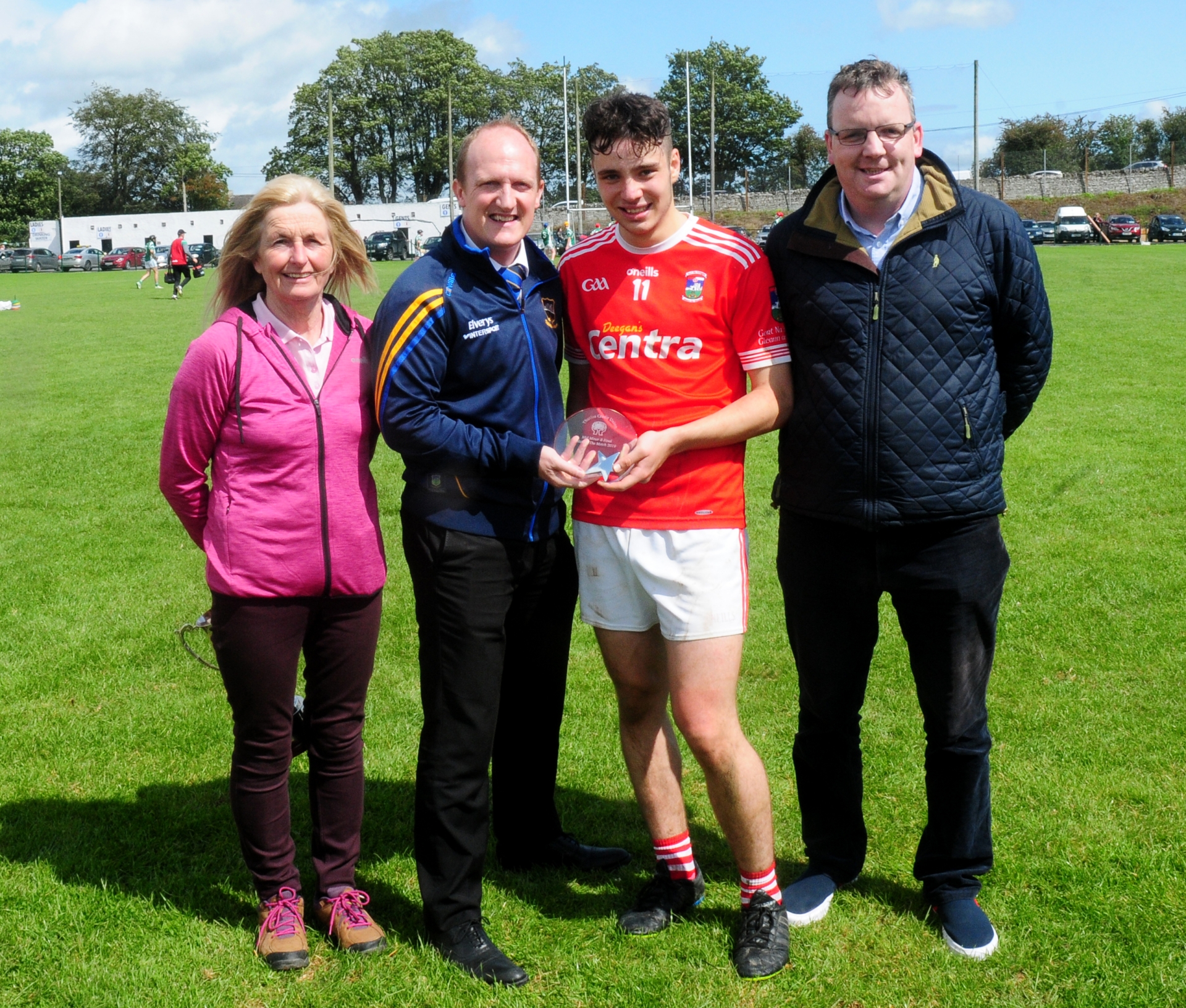 Gortnahoe-Glengoole, however, refused to give an inch thereafter. Indeed, half-backs Brian Maher and then John Lanigan burst forward to land rousing points inside the opening two minutes of the second half. Pat Ryan responded with an Upperchurch-Drombane free in the 36th minute to tie the game, but Jack Atkinson-Lynch took on the Gortnahoe-Glengoole defence six minutes later, broke three tackles and then set-up Jamie Costello for the finish. Darragh Maher converted a free soon after and, suddenly, Gortnahoe-Glengoole led by four (1-12 to 1-8).

During this period the work rate of the Gortnahoe-Glengoole forward line was something to behold with Jack Atkinson-Lynch, in particular, absolutely nailing opposition ball carriers.

In the 53rd minute Luke Shanahan landed Upperchurch-Drombane’s first score from play in the second half to leave a manageable three points between the sides (1-13 to 1-10). Upperchurch-Drombane still enjoyed an opportunity to rescue the situation, but Gortnahoe-Glengoole made little of prevailing elements when out-scoring their rivals 0-6 to 0-1 when it mattered most.

It is interesting to note that Gortnahoe-Glengoole also fired fourteen wides in this contest (Upperchurch-Drombane: five). 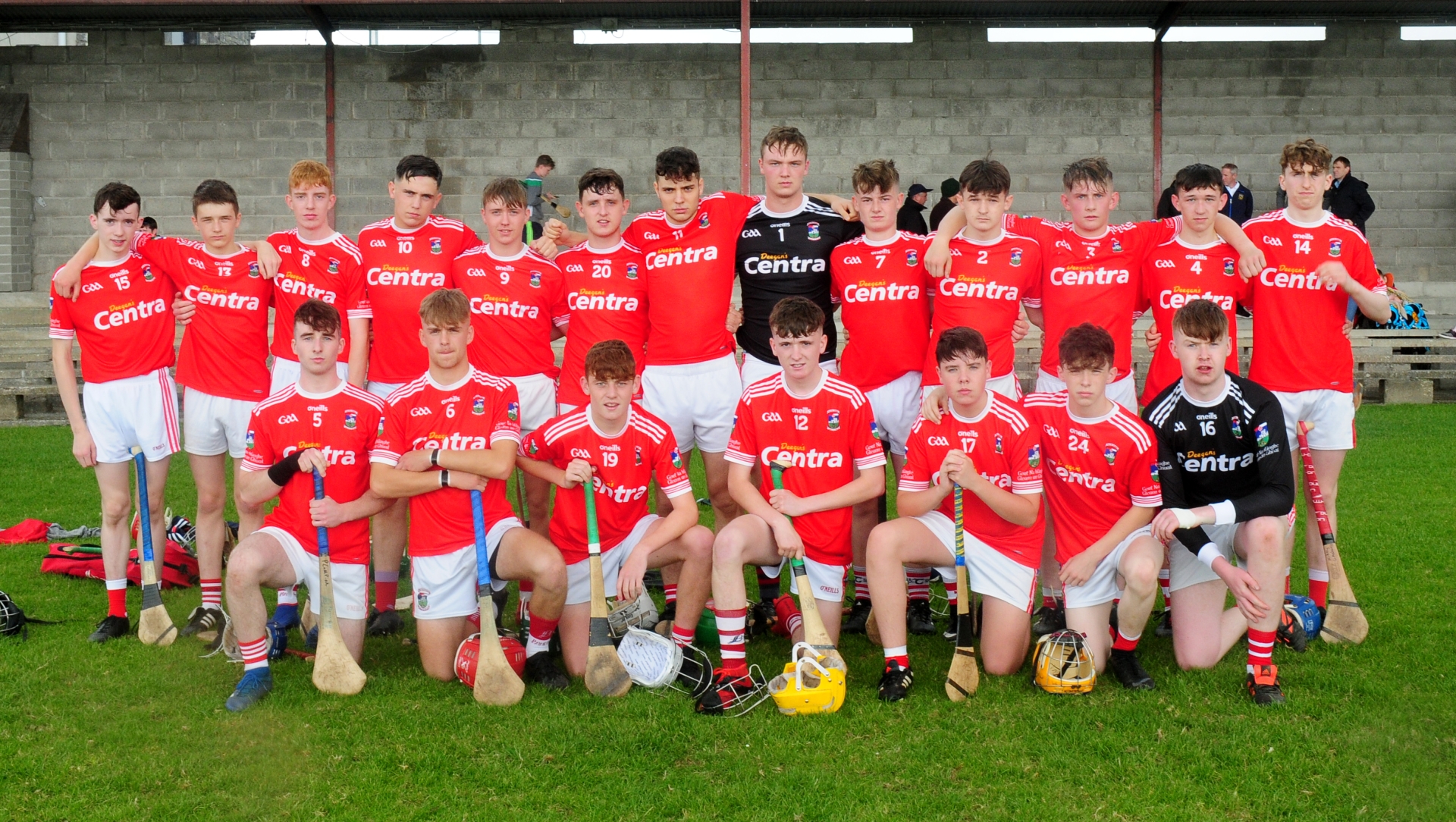