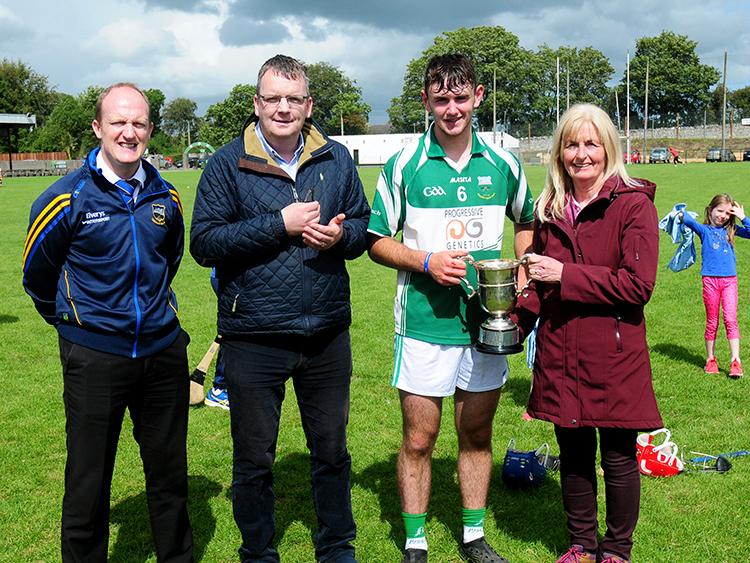 Drom & Inch stormed back from eleven points down to win a famous Thurles Credit Union Mid Tipperary Minor A Hurling Championship crown at Holycross on Saturday afternoon - Drom & Inch trailed Na Sairsealaigh Óg 0-2 to 1-10 late in the opening half, but were absolutely relentless thereafter.

Na Sairsealaigh Óg lost key player Jack Lanigan to injury three minutes into the second half, but with Eoin Purcell and Darragh Stakelum hurling up a storm in the middle of the field the Thurles lads still led by five points entering the final ten (1-15 to 1-10).

Throughout the contest Drom & Inch had attacked the opposition puck-out to great effect and during the final quarter the champions absolutely strangled Na Sairsealaigh Óg on their own re-start - Thurles struggled to win primary possession and paid dearly for it. Indeed, during the closing stages of this final Drom & Inch were utterly dominant (0-8 to 0-1) - a glorious Fintan Purcell strike off his left hand in the 62nd minute presented Drom & Inch with the lead for the first time.

Na Sairsealaigh Óg were absolutely relentless during the opening quarter of this contest and when encouraged by a stiff breeze Thurles raced into a 1-6 to 0-1 lead by the 15th minute. Points from Eoin Purcell and Jack Lanigan (three, one ’65 and one free) forced Na Sairsealaigh Óg four clear before John Campion got Drom & Inch off the mark in the fifth minute.
Six minutes later Paddy Creedon swung over a smashing point before Creedon struck for the opening goal of the game in the 12th minute - Creedon grabbed a searching delivery and although his hurley was wrenched out of his hand Paddy still managed to boot the ball into the roof of the net in spectacular fashion. Jack Lanigan converted a free in the 15th minute and Na Sairsealaigh Óg led by eight (1-6 to 0-1).

Drom & Inch trailed by eleven points (0-2 to 1-10) with five minutes to play in the opening half, but made an encouraging stand prior to the break when Darragh Kennedy converted two placed balls and Ben Stapleton added a point from play (0-5 to 1-10). 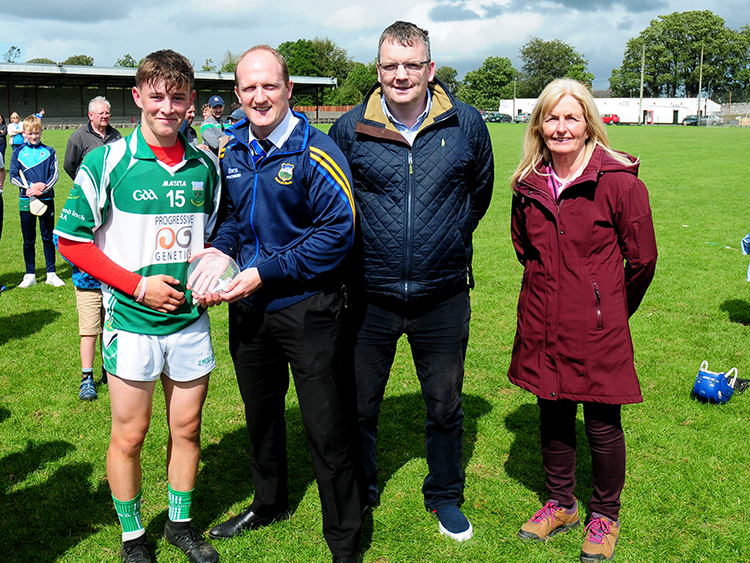 Eleven seconds into the second half Eoin Purcell drilled over a superb point for Na Sairsealaigh Óg, but John Campion responded for Drom & Inch before efforts from Darragh Kennedy (free) and Jack Lillis closed the gap to six (1-11 to 0-8).

Then Drom & Inch conjured the goal that they so badly required - Tony Cahill grabbed a huge clearance from full-back Lorcan Campion, rounded his man and flicked home in the 38th minute.

Eoin Purcell (free) managed a response for Na Sairsealaigh Óg soon after and the Thurles supporters were sighing with relief in the 42nd minute when ‘keeper Darragh Minogue deflected a Jack Lillis rasper over the bar via a superb save. Seconds later Paudie Kinane landed another point for Drom & Inch and the deficit was down to two (1-10 to 1-12) entering the final quarter.

To be fair to the Na Sairsealaigh Óg lads they rallied well between the 46th and 50th minutes - Cian Stakelum set up Liam McCormack for a rousing point, Darragh Stakelum landed a mighty effort off his left and then when Cian Stakelum drilled over another with ten minutes to play Thurles led by a significant five (1-10 to 1-15).

Drom & Inch, however, utterly dominated the Na Sairsealaigh Óg puck-out thereafter. Three Darragh Kennedy frees and a Ben Stapleton point from play closed the gap to one and although Eoin Purcell converted a late Thurles free in response the prevailing pattern of the contest was only going in one direction.

Following efforts from Darragh Kennedy (’65) and Jimmy Mullen the sides were level entering second half injury time (1-16 apiece). Mullen then turned provider in the 62nd minute when he won a ruck, found the run of Fintan Purcell with a smart hand pass and the Drom & Inch centre-back landed a magnificent point off his left from the sideline to present his side with the lead for the first time. From the re-start Tony Cahill drilled over another point and soon after Johnny Ryan blew the full-time whistle. Cue bedlam. 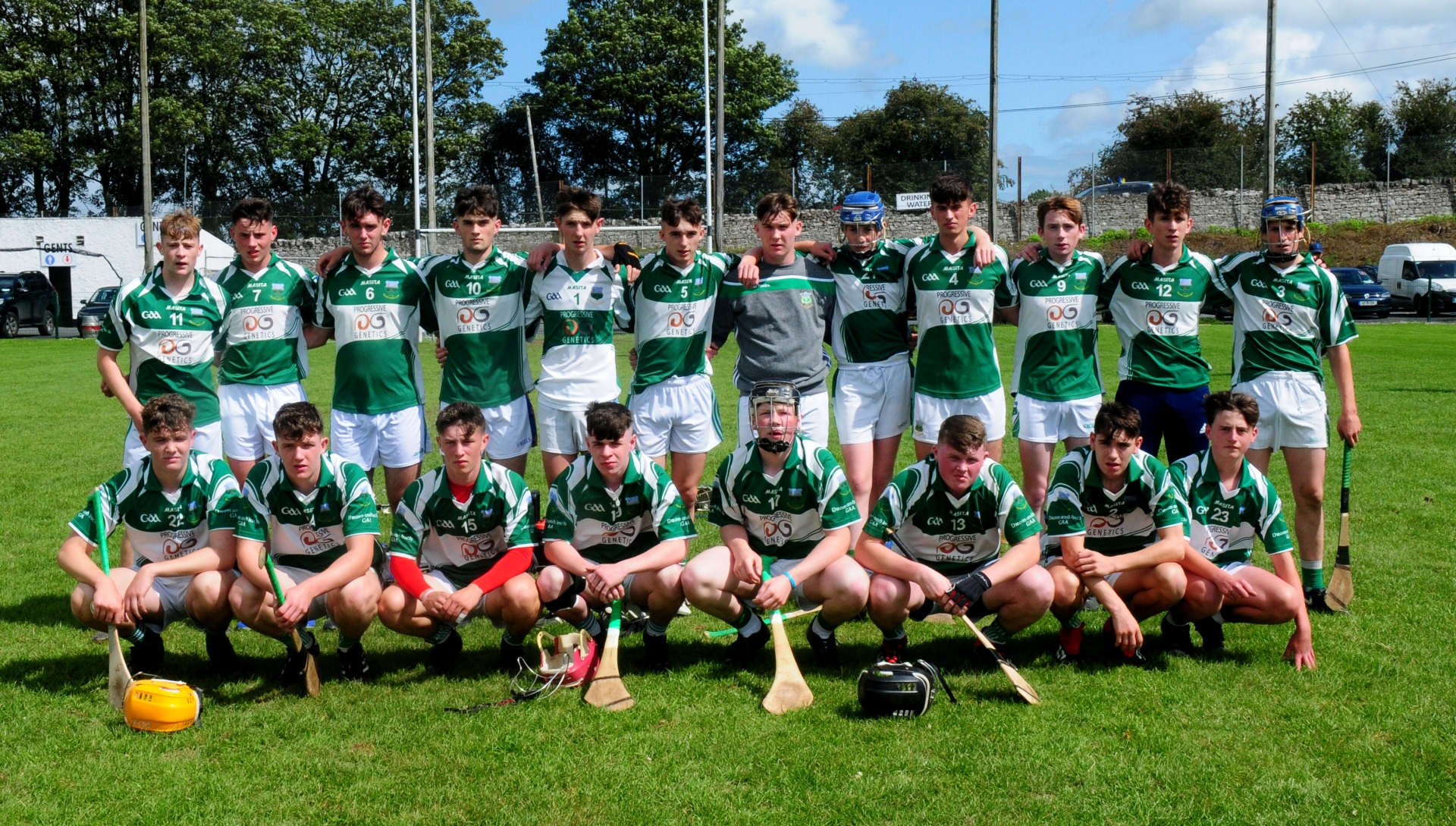