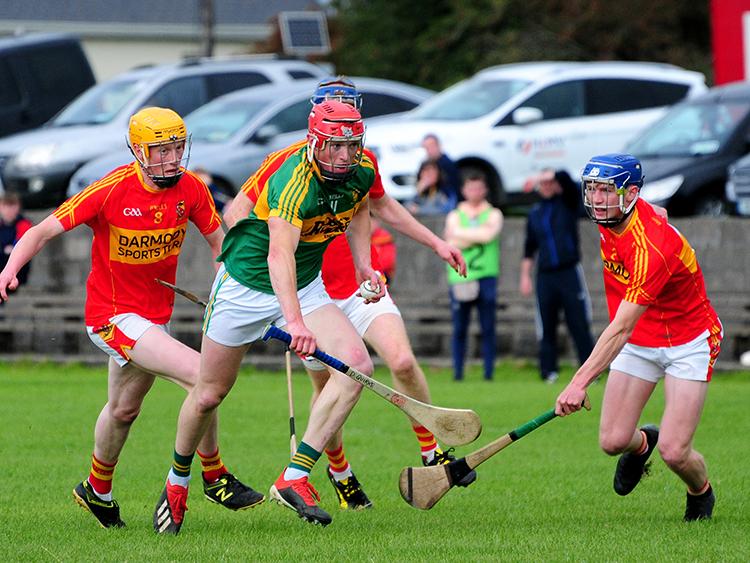 The most impressive aspect to Clonoulty-Rossmore’s comprehensive win over Moycarkey-Borris was their ability to squeeze on the accelerator when the Mid Tipperary men threatened the county champions.

Moycarkey-Borris, for instance, led 0-5 to 0-3 early on, but when Clonoulty-Rossmore came to life the Dan Breen Cup holders out-scored their opponents by six points to lead by a healthy four at the break (2-8 to 0-10) having played into the breeze. Moycarkey-Borris fought back superbly in the second half and even managed to close the gap to a single point (3-9 to 1-14) with eighteen minutes to play, but Clonoulty-Rossmore were irresistible thereafter when plundering 1-8 (Moycarkey-Borris 0-2).

John O’Keeffe, Michael Ryan and Timmy Hammersley were outstanding for a Clonoulty-Rossmore side which hit incredibly hard and dominated the contested ball while Dillon Quirke (2-3) was absolutely superb at centre-forward; you may note this guy’s name down since Quirke is turning into an absolute wrecking ball of a player.

Clonoulty-Rossmore bull-dozed their way through the Moycarkey-Borris lines, however, in the tenth minute when Cathal Bourke and Dillon Quirke combined brilliantly before Timmy Hammersley delivered the one-handed finish (1-3 to 0-5).

Anthony McKelvey steadied Moycarkey-Borris with an equalising point, but Clonoulty-Rossmore poured on the pressure when firing another 1-3 without reply. The county champions are especially good on the counter-attack from the opposition puck-out and illustrated this fact in startling fashion in the 19th minute when Donnchadh Quirke won a Moycarkey re-start, found Timmy Hammerley with a terrific stick pass and the full-forward, in turn, picked out the supporting run of Dillon Quirke who buried a superb goal. Quirke soon added point from play, but to their credit Moycarkey-Borris hit back with four consecutive points (Pat Molloy’s effort was the pick of these) to close the gap to two approaching the break.

Clonoulty-Rossmore, however, had the final say in the opening half when Dillon Quirke and Michael Ryan drilled over late points (2-8 to 0-10).

Dillon Quirke plundered his second goal in the second minute of the second half and when Timmy Hammersley added a free Clonoulty-Rossmore led by eight (3-9 to 0-10).

The county champions, however, eased off and Moycarkey-Borris took full advantage.

Two James Power points reeled Clonoulty-Rossmore in a little before Max Hackett scored a glorious individual goal in the 37th minute. Conor Hayes kicked over a goal chance soon after and when James Power drilled over another effort in the 42nd minute the gap was down to one (3-9 to 1-14).

It was heart-warming to see Conor Hammersley return from long-term injury and the midfielder landed two points was Clonoulty-Rossmore set about re-asserting themselves in this contest. Fiachra O’Keeffe also managed a point before setting up Seán Maher for a terrific goal in the 49th minute - Moycarkey-Borris could only manage points from Anthony McKelvey and Niall Heffernan in response as Clonoulty-Rossmore piled on the pressure.

Michael Ryan, Conor Hammersley, Seán Maher, Timmy Hammersley (free) and James Hammersley got in on the scoring act late on while Moycarkey-Borris chased goals - Clonoulty-Rossmore ‘keeper Declan O’Dwyer saved from Max Hackett in the 56th minute and again from Anthony McKelvey (21-yard free) in the 60th while McKelvey’s penalty hit the post in second half injury time after Kieran Morris had been unceremoniously fouled.