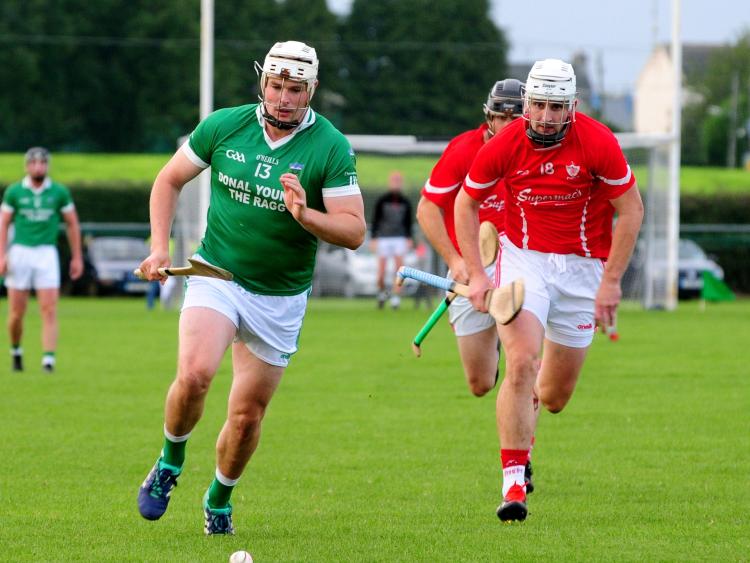 Roscrea came within thirty seconds of causing the upset of the day when their-three point lead suddenly disappeared after Tommy Nolan fired home an equalising goal in the 65th minute to earn Drom & Inch a share of the points following an exciting FBD Insurance County Senior Hurling Championship encounter at Templetuohy on Sunday evening.

It was rough justice on a Roscrea team who were never headed and after taking a 0-11 to 1-5 half time lead they stretched their lead to seven after thirty-six minutes. However, Drom & Inch fought back to level matters in the 52nd minute, but three unanswered points from Evan Fitzpatrick, Darragh Tynan and a Jason Fitzpatrick free seemed to have sealed the win until Nolan’s timely goal.

Roscrea will meet Kiladangan in their final game when they require a win to stay in the county senior hurling championship. Meanwhile Drom & Inch are in the same boat as they face Portroe who also need a win while Kiladangan are safely through to the knock-out stage of the competition having secured a full house from two games.

Roscrea were fastest out of the starting blocks as they took a three-point lead after Evan Fitzpatrick and Shane Fletcher (two) were on hand to give the Reds a great start.

Shane Fletcher was in brilliant form as he troubled the Drom & Inch defence at every available moment. Evan Fitzpatrick was in good form also while Luke Cashin began his day with a pointed free. He scored 0-6 in total including one from play.

Cashin’s free made it 0-5 to 0-1, but Drom & Inch finally made their mark when Lorcan Campion goaled in the tenth minute. Cashin replied with a free, but points from Michael Campion and Michael Connors had the sides level after twelve minutes.

With James Woodlock very much involved in every Drom & Inch move he created space for Paudie Campion to give Drom & Inch the lead before two Cashin frees helped Roscrea back in front by the 19th minute.

Roscrea led 0-11 to 1-5 at half-time and they increased their lead to seven after Conor Sheedy found the target with a point before Darragh Tynan evaded the Drom & Inch cover before sending a low shot past Eoin Collins in the Drom goal.

Both sides added two points each - including a Shane Fletcher point in the 40th minute - to make it 1-14 to 1-7. However, the next five minutes belonged to Drom & Inch and Seamus Callanan in particular who posted two points on the run to leave four points separating the sides.

Conor Booth and Callanan swapped points before the Mid side posted four points on the run - the opening pair from half-backs David Collins and Fintan Purcell while Stevie Nolan added two more to level the game at 1-15 each with eight minutes remaining.

Roscrea were on the back foot, but received some breathing space thanks to an Evan Fitzpatrick score. Darragh Tynan added a super score in the 62nd minute and when a minute later they went three clear after Jason Fitzpatrick added another point from a free.

One felt that Roscrea were home and hosed, but another two minutes were added (much to the disgust of the Roscrea management) and it was during that time when Nolan pounced.

Both teams need wins in their respective challenges next weekend to advance.