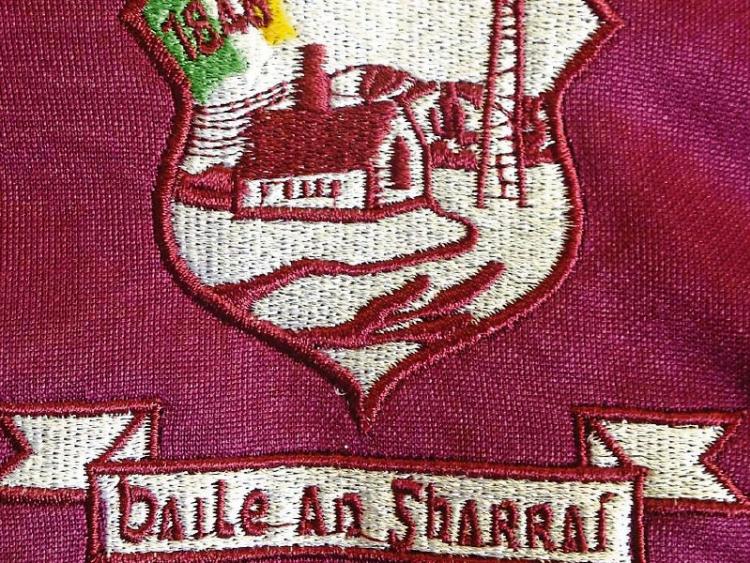 Ballingarry put some indifferent form in the South championship behind them by advancing in the Tipperary SHC (Seamus O Riain Cup) following a draw with Ballina in Littleton this afternoon,

Scoring difference coming into the game meant a draw was enough for the South side but even that looked a tall order as they trailed by three points 1-19 to 0-19 with just one minute of normal time remaining.

Ballingarry had led for much of the game on a beautiful day for hurling on a wonderful Littleton pitch but were knocked back by a Ballina goal from Conor Maguire in the 24th minute of the second half to make it 1-17 to 0-18.

A point from sub Ben King pushed the lead out to three and that's how it remained entering the final minutes after Ballingarry's Eamon Tuohy and Ballina's Stephen O'Brien exchanged points.

It might have been greater but two long range frees from Tipperary star Mikey Breen drifted wide before Ballingarry put in a storming finish.

Ace marksman Michael Ivors - he finished with ten points – reduced the margin to two from a free,

Dylan Walsh brought it down to the minimum and Adrian Cleere tied up the scores that made it enough for Ballingarry to join Mullinahone in progressing from Group 3.

It was a rip-roaring contest, full of endeavour and commitment and allowed to flow in breath-taking fashion by the referee. There was hardly a dangerous pull or cynical foul and a fine advertisement for the game.

It was close throughout the first half after which Ballingarry led 0-12 to 0-10. They started in brilliant fashion, Conor Vaughan pointing after just twenty seconds and Michel Ivors from a free and Adrian Cleere from a 65 had them three to the good in six minutes.

Brian Hurley had Ballina's first score and then turned provider for Conor Maguire before Michael Ivors had his first from play to make 0-4 to 0-2 ten minutes in.

Ballina were level at 0-5 each five minutes later, two Mikey Breen frees and a score from play from Eoghan Power to a Michael Ivors reply.

With nothing between the sides they were also level at 0-6 each, 0-7 each and 0-8 each before Ballingarry upped the tempo again approaching half time.

Two points from All lreland final hero Breen, the first from a free and the second a sublime score on the run, reduced the margin but a Michael Ivors free after he was fouled gave the South side a two points half time cushion.

They had another fast start to the second half with Adrian Cleere pointing in the first minute but Stephen O'Brien quickly cancelled that. Dylan Walsh restored the three point lead before a purple patch from Ballina saw them hit three in a row from a Breen free, Conor Maguire and Eoghan Power to tie the game again at 0-14 all.

They were level again at 0-17 all in a compelling tussle, Adrian Cleere, Vaughan and Michael Ivors for Ballingarry, Breen (2) and Maguire for Ballina.

Ivors from a free pushed Ballingarry ahead again before the game's only goal swung the tie in Ballina's direction. Eoghan Power placed Conor Maguire for the shot and his low drive sailed past David Cashin in goal.

Then twice in the last four minutes Ballingarry trailed by three and their season looked to be over but they showed tremendous resolve and bravery to claw their way back and earn the draw that booked their passage to the next round.