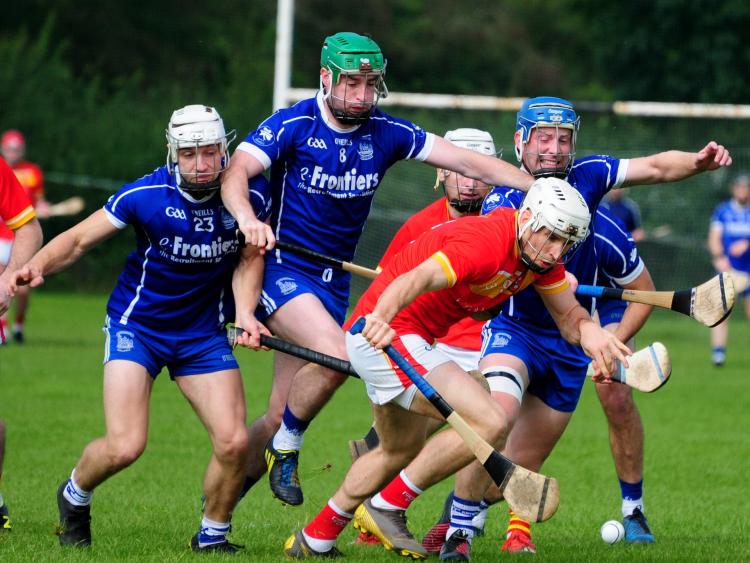 Thurles Sarsfields retained their Dan Breen Cup (Roinn I) status in the FBD County Senior Hurling Championship thanks to a powerful second half showing at Boherlahan on Sunday as they out-played fellow strugglers Killenaule in round three of group three to record their first win.

This was a battle about survival and while Sarsfields will be happy to have achieved a face-saving win, Killlenaule are now faced with the prospect of a relegation battle after losing all three games in the group.

Before a ball was pucked in this year’s championship these clubs would have been on most people’s list to figure in the shake-up for honours, but neither has enjoyed a great season so far.

Sarsfields have the safety net of the Mid championship to gain a back-door entry to the knock-out stages of the Dan Breen Cup, but there is no such lifeline for Killenaule who have already been eliminated from the South championship.

A rather pedestrian first half did not match the urgency of the situation for both sides and Killenaule had to be disappointed to reach the break leading by only a point (0-8 to 0-7) having had the aid of the light breeze. Their failure to avail of two gilt-edged goal chances and ten wides was to come back to haunt them at the finish.

To add to Killenaule’s woes they had Declan Fanning forced off just before half-time after appearing to go over on an ankle and his absence from the defence was greatly exploited by Sarsfields. The Blues also had an even early casualty: Mossie McCormack shipped a heavy knock in the fourth minute.

Sars went 0-5 to 0-2 clear by the end of the first quarter and might have had a goal, but Stephen Cahill’s effort was well saved by Killenaule goalie Jonathan Gleeson. Eoin Barry’s free-taking was Killenaule’s main source of scores and it was his 32nd minute strike which gave them the 0-8 to 0-7 advantage at the interval.

Sarsfields were a much smarter outfit on the change-over and with Aidan McCormack leading the way with his free-taking they began to chalk up the match-winning scores.

By the three quarter stage they were 0-15 to 0-9 clear; Eoin Barry’s point from a free was Killenaule’s only reply to eight from Sars.

Killenaule needed a goal to halt the slide, but it never looked like coming. Instead, in the 58th minute, Conor Lanigan swept the ball home for Sarsfields after Denis Maher had made a great run down the right hand side to kill off Killenaule.

Sarsfields needed this win to steady the ship after a big defeat at the hands of Kilruane in the previous round. It is timely in that they play the Mid quarter-final against Upperchurch next weekend with their year now depending on winning the divisional championship to gain entry to the closing stages of the county competition.

They will draw most encouragement from their second half showing which was a huge step up on what has gone before though although still some way short of the team’s potential.

Aidan McCormack, Stephen Cahill, Denis Maher, Ronan Maher and Padraic Maher were the key men with Conor Stakelum also contributing his share when he came on despite carrying an injury.

Killenaule have some work to do to reinvigorate the side in advance of the relegation play-off. There is a wealth of talent in this side, but things are simply are not happening for them. Joe O'Dwyer and Paddy Codd excelled in defence while Michael Doyle was their best forward while Eoin Barry’s free-taking was very important. John O'Dwyer had a relatively quiet game.