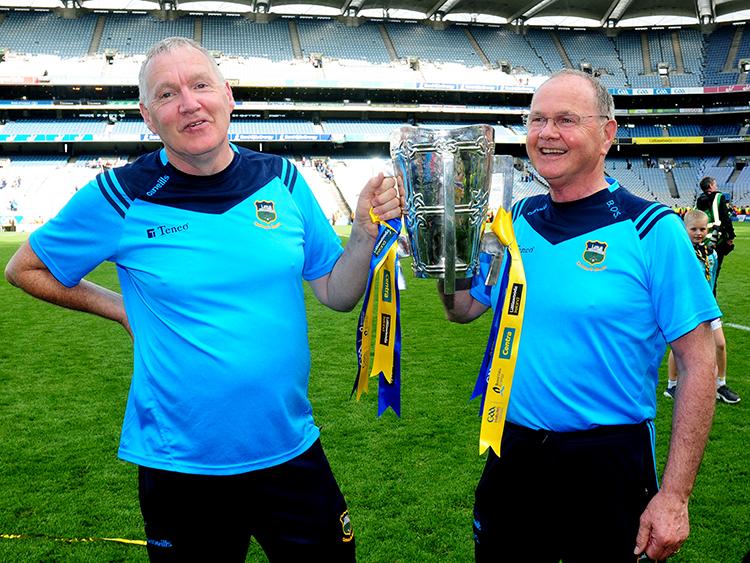 With the group stage of the FBD Insurance County Senior Hurling Championship and the Séamus Ó Riain Cup now complete the attention of hurling supporters in the Premier County turns to the respective 2019 divisional championships which are sure to attract bumper crowds this weekend - one eye-catching fixture takes place at MacDonagh Park in Nenagh on Saturday, September 14 when the joint-favourites for the Dan Breen Cup, namely Kilruane MacDonagh's and Kiladangan, collide in the quarter-finals of the Hibernian Inn North Tipperary Senior Hurling Championship (4pm).

The divisional championships take on an added significance for Tipperary club hurling kingpins like Clonoulty-Rossmore and Thurles Sarsfields who now find themselves relying on the divisional series in order to battle their way back into the county senior hurling championship proper. The Blues, for instance, must win the Centenary Agri Mid Tipperary Senior Hurling Championship in order to reach the knock-out stage of the county senior hurling championship while Clonoulty-Rossmore must prevail out West should they wish to successfully defend the county title that they won so famously in 2018.

This forthcoming weekend the quarter-finals in the 2019 Centenary Agri Mid Tipperary Senior Hurling Championship are fixed to take place - on Saturday, September 14 Templetuohy hosts the meeting of Clonakenny and Drom & Inch (3.30pm) while on Sunday, September 15 Thurles Sarsfields A take on Upperchurch-Drombane at The Ragg (1.30pm) while at 3.30pm at the same venue JK Bracken's face the Thurles Sarsfields B team. Later that very evening defending Mid champions Loughmore-Castleiney will pit their wits against the Moycarkey-Borris men at Templetuohy (5.30pm).

The Hibernian Inn North Tipperary Senior Hurling Championship quarter- finals are also scheduled to take place this forthcoming weekend - on Saturday next, September 14 MacDonagh Park in Nenagh will host the meeting of Kiladangan and the Kilruane MacDonagh's (4pm) and Ballina v Burgess (5.30pm) while on Sunday, September 15 Dolla will be the venue for Borris-Ileigh against Roscrea (2pm) and Lorrha-Dorrha will take on the Templederry Kenyons at 3.30pm.

The Clonmel Oil South Tipperary Senior Hurling Championship final between Carrick Swans and Mullinahone will take place on Sunday next, September 15 at the Clonmel Sportsfield (5pm).

The West Tipperary Senior Hurling Championship final has been fixed for Sunday, September 22.

The group stage of the FBD Insurance County Senior Hurling Championship and the Séamus Ó Riain Cup reached a conclusion on Sunday evening. So, now eight teams have qualified for the knock-out stage of both competitions.

Meanwhile the following Roinn I group runners-up are also through to the knock-out stage of the competition, but may still have to play a preliminary quarter-final against one of the divisional champions before facing one of the group winners: Drom & Inch, Loughmore-Castleiney, Toomevara and Éire Óg Annacarty.

The four bottom-placed teams will face one another in two relegation play-off games with the loser of each relegated to the Séamus Ó Riain Cup (Roinn II) - they are: Burgess, Moycarkey-Borris, Portroe and Killenaule.

In the quarter-final draw the respective group runners-up will be drawn against a group winner - the runners-up read as follows: Carrick Swans, Silvermines, Ballingarry and Cashel King Cormacs.

There is no relegation from the Séamus Ó Riain Cup this season.