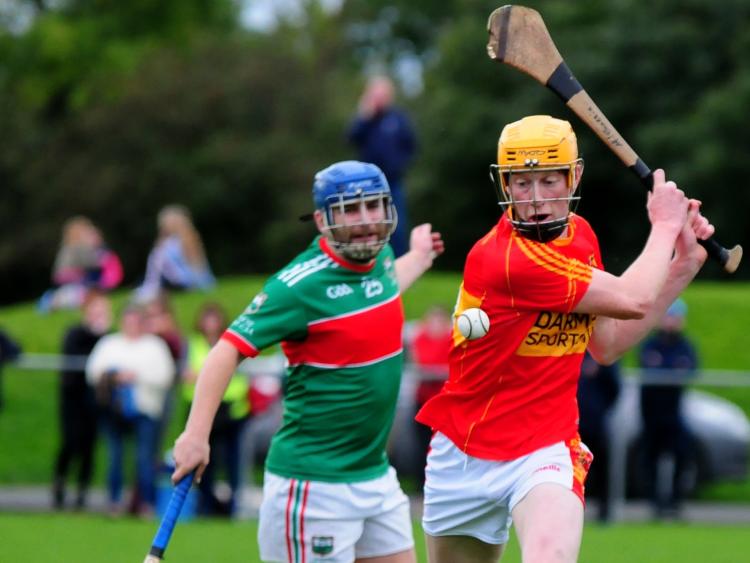 Moycarkey-Borris made sure there would be a new name on the Centenary Agri Mid Tipperary Senior Hurling Championship trophy in 2019 when they dethroned defending champions Loughmore-Castleiney at Templetuohy on Sunday with a pillar-to-post victory which their performance richly deserved.

Kieran Morris’s seventeen-point haul was a much needed haul for a Moycarkey-Borris team whose hurling season was on the line. And, their measured approach belied the do-or-die nature of the game.

Morris notched nine first half scores (seven frees and two ‘65s) which were all the result of the pressure exerted on the Loughmore-Castleiney backs and puck-outs.

Loughmore-Castleiney’s desire to stay in the competition may not have been clear given the selection of their starting team, but neither was their first half strategy. No less than five balls landed in Moycarkey-Borris goalkeeper Rhys Shelley’s area and all were dealt with.

Then the score materialised that will have steeled Moycarkey-Borris' resolve - full-forward Conor Hayes won a ball he shouldn’t have before finding Tom Hayes who was fouled: penalty. Rhys Shelley fired home a goal.

This measure had a limited impact as the gap between the sides was extended to thirteen before falling to eight.

Anthony McKelvey hit a purple patch when firing home the goal which extended the Moycartkey-Borris advantage after the teams evenly shared six points.

John McGrath looked sharp when winning the first two balls that came his way and went for goal, but his shot was saved at the expense of a point. Kevin Hayes was then tasked with marking him and he won the next two balls, the latter resulting in a rousing point for Moycarkey-Borris.

John McGrath did eventually find the back of the net, but any hopes of a come back were quickly quashed when Moycarkey-Borris hit four unanswered points - Kieran Morris with three and Tom Hayes with the other.

Loughmore-Castleiney did have a four-point unanswered spell of their own, but the result of this quarter-final was already confirmed.

The 2018 champions went in search of goals, but were confronted by a defiant Moycarkey-Borris defence. And, it was fitting that Kieran Morris fired the game's last score when splitting the posts with a free.

Moycarkey-Borris move on to face Upperchurch-Drombane in the semi-finals and on the day against Loughmore-Castleiney James Power, Kevin Hayes, Anthony McKelvey, Conor Hayes and the excellent Kieran Morris all played well.

Their opponents have a busy year still ahead and if Aidan McGrath and John McGrath stay sharp they will be hard to beat in the FBD Insurance County Senior Hurling Championship.