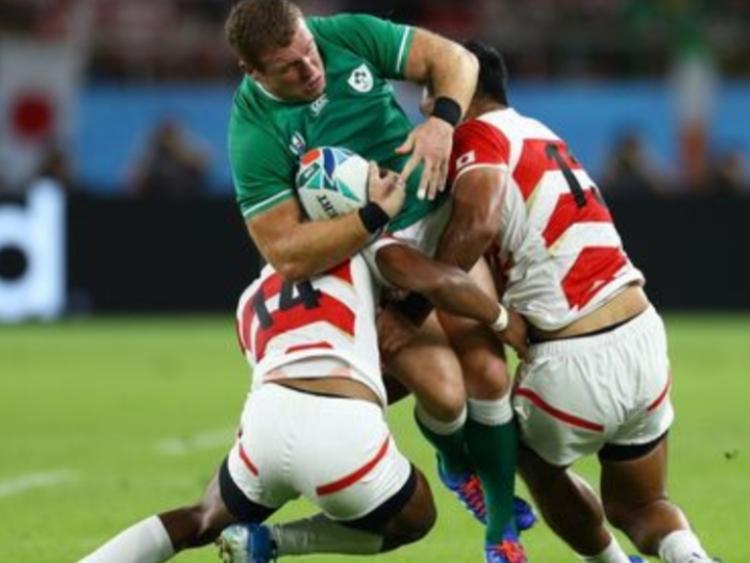 Japan were sensational - no other word will do - in winning an all-time classic of a rugby match. Ireland’s World Cup ambitions suffered a significant blow when they could not withstand a ferocious onslaught from the hosts in a quite magnificent contest at Shizuoka Stadium.

Japan produced a performance even more epic than their historic victory over South Africa in the Miracle of Brighton at RWC 2015. They dominated the second half and could have won by more than the seven-point margin.

Joe Schmidt’s team, so confident and accurate against Scotland in their opening match, were pushed to their absolute limits and then beyond by a Japan team who were cheered rapturously throughout, with chants of “Nippon! Nippon!” ringing out time and again.

“When you think about what we witnessed tonight you feel really proud as a coach and a rugby team and you didn’t want to let down the country,” said Japan coach Jamie Joseph after the game.

Joseph was determined not to get carried away (“We could be in a situation where we win tonight and lose to Scotland and not go through”) but there was nothing cautious about the urgent performance of his players.

“They are a big team, they played big and they were very difficult to contain,” said Ireland coach Joe Schmidt. “The longer the game went the more oxygen they got from penalties and from the skill that they showed and you’ve got to commend them for that.”

Schmidt rejected any suggestion that Ireland might have not seen this Japan performance coming: “We expected them to be as good as they were. We knew they were going to be incredibly tough – and so it proved.”

Ireland won the previous six encounters between the sides by more than 20 points and bookmakers' analysts did not see Japan getting any closer this time, rating them 9-1 underdogs. How badly wrong they were.

Unlike Scotland, beaten 24-3 by Ireland in their opening match, Japan showed up – in a massive way. They dominated the early exchanges, but when Yu Tamura missed a kickable penalty then the script began reverting to the expected lines.

Ireland began pounding the home defence with one-out runners. When Japan killed the ball in a ruck, fly-half Jack Carty reacted brilliantly to the penalty advantage, his deft chip hanging in the air until Garry Ringrose won it and twisted his way past Ryohei Yamanaka to score in the corner.

Carty missed the conversion but he was playing with uncommon composure for a player starting only his second test. His opposite number Tamura reduced the gap to two points with a penalty after Ireland went offside, but then Carty again found space out wide with another majestic dink over Japan’s  defence.

This time the beneficiary was full-back Rob Kearney. After going four years without an international try, Kearney now has two in this last three outings. Carty nailed the conversion; Ireland led by nine and looked like they would soon be out of sight. So much for that.

The tide started turning when Japan’s team captain Michael Leitch, surprisingly left out of the starting line-up, came on after 30 minutes to a huge ovation for the injured Amanaki Mafi. The big flanker was immense from his first involvement – a huge clearout of Kearney.

Perhaps the moment the comeback was truly ignited came when captain Rory Best over-threw at a lineout, into the arms of Shota Horie, his opposite number.  Horie, who was player of the match, tore into the Irish defence. With the green jerseys back-pedalling, Ireland were penalised and Tamura kicked the points.

More momentum came soon after when the Brave Blossoms won a scrum penalty, again to massive roars. It was a huge psychological blow to Ireland’s cause and Tamura’s third successful kick, a minute before the interval, left Japan trailing by only three, 12-9. They had begun to take hold of the game, but nobody could have anticipated the extent of their dominance in the second half.

Eighteen minutes after the restart, with James Moore and Kazuki Himeno hammering at the Irish line, the ball was sent wide and Lafaele put replacement Kenki Fukuoka over in the corner. The stadium erupted, Tamura kicked the extras and another miracle now looked on the cards.

Amid unrelenting Japan pressure, Ireland were penalised for offside – they conceded nine penalties in all - and from 35 metres Tamura stretched the lead to seven points. There were nine minutes left on the clock, enough time for a comeback in normal circumstances – but there was nothing normal about this contest and at no point did Ireland look like rescuing themselves.

An extraordinary game ended with Japan camped on Ireland’s line, looking to deny them the losing bonus point. That the raging-hot favourites chose to kick the ball off the pitch said it all. They knew there was no coming back from this.