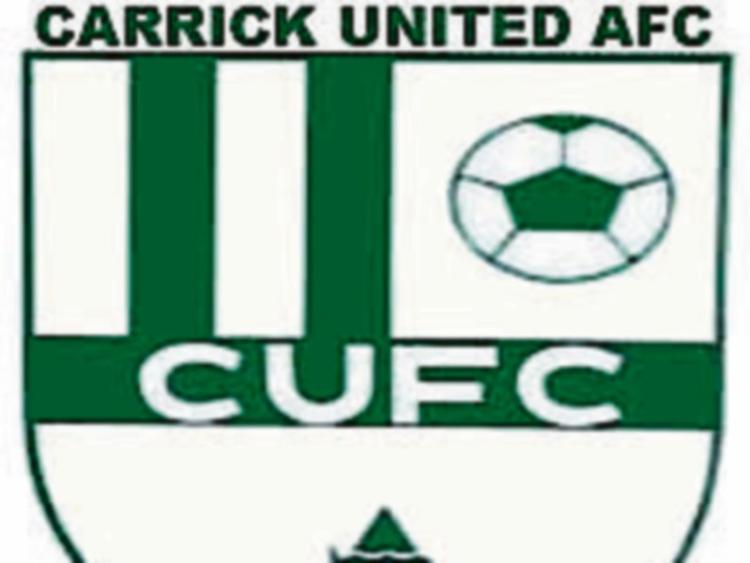 The game started slowly for the Carrick team partly due to the conditions but they won a penalty through good work from Gavin Casey which Charlie O’Callaghan coolly dispatched to make it 1-0. Carrick played a good passing game for ten minutes after this and made it 2-0 through a goal scored by Luke Byrne Kelly. The team then switched off and Mooncoin  got 2 goals back to make it 2-2 at half time.

The Carrick United boys started well in the second half but a lapse at the back made it 3-2 to the home team. The Carrick boys impressively dug in and got the equaliser from a super finish by Cameron Harrison 3-3. Luke got his second goal to seal a very hard fought win. The Carrick team   showed great  heart on the pitch but have work to do. There were some real tough performances on the day with a special mention to Callum Walsh, Killian Power and Christian Nolan who had great games. Man of the match goes to Luke Byrne Kelly.