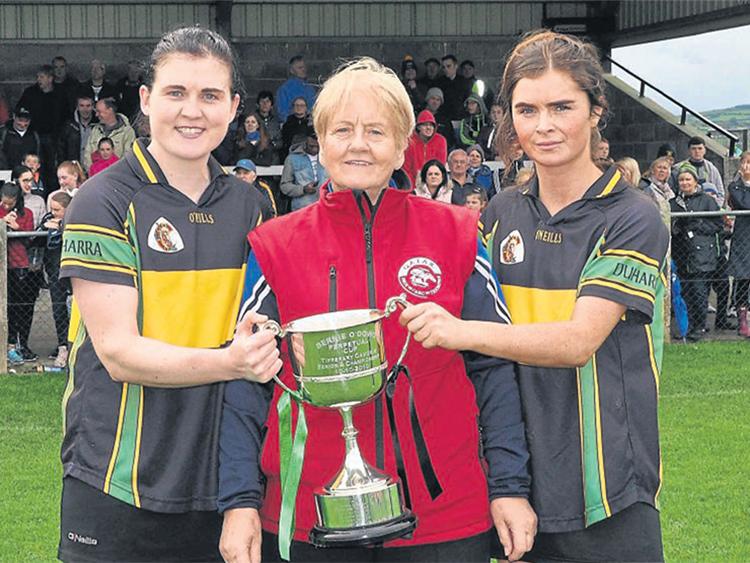 The countdown is well and truly underway to the county senior and intermediate camogie finals - the 2019 Bourke Sports County Senior Camogie Championship final between Burgess-Duharra and Drom & Inch will take place on Saturday, October 12 at The Ragg Camogie Grounds (1pm) while on Sunday, October 13 The Ragg Camogie Grounds will also host the 2019 county intermediate final between Toomevara and Thurles Sarsfields (12 noon).

In the senior decider Drom & Inch, who last collected the county senior camogie title in 2011, block Burgess-Duharra's route toward an eighth successive crown.

In the 2018 decider a brutally-efficient display ensured that Burgess-Duharra collected the club’s seventh successive Tipperary senior camogie title after a one-sided final contest with Clonoulty-Rossmore (2-20 to 0-8).

Burgess-Duharra progressed to the 2019 decider thanks to a comprehensive 4-15 to 0-5 semi-final win over 2018 intermediate champions Cashel. The defending senior champions led 3-7 to 0-3 at the break with Amy Kennedy, Tara Kennedy (two) and Ciardha Maher accounting for the Burgess- Duharra goals.

The Burgess-Duharra panel of players who will be aiming to make it eight county titles in-a-row when they face Drom & Inch in the 2019 county senior camogie championship final on Saturday, October 12 (1pm) at The Ragg Camogie Grounds. Picture: M Ryan

Drom & Inch last featured in the senior decider in 2017 when they lost out to Burgess-Duharra (2-10 to 1-21) and they will take great confidence from their 1-13 to 1-6 semi-final win over a talented Éire Óg Annacarty team. Drom & Inch got off to a great start on that occasion when racing into a 1-3 to no-score lead thanks to an early Niamh Treacy goal.

The Drom & Inch panel of players who are through to the 2019 county senior camogie championship final following their seven-point win over Éire Óg Annacarty (1-13 to 1-6) - Drom & Inch will now face Burgess-Duharra in the final on Saturday, October 12 (1pm) at The Ragg Camogie Grounds. Picture: M Ryan

Although the attention of most neutral observers will be attracted to the senior decider this weekend, it may be the case that the meeting between Thurles Sarsfields and Toomevara will provide the real fireworks. Indeed, Sars and Toome have built up quiet a rivalry in recent seasons, especially when the respective sides collided at junior A level.

In 2017 Thurles Sarsfields came back from seven points down to beat Toomevara (1-11 to 1-10) in a thrilling county junior A camogie final. The fact that the contest was so entertaining did not prove as much consolation to a Toomevara side who had suffered their third consecutive county junior A final defeat in-a-row. This Toomevara team, however, are as resilient as they come and Toome came back to win the 2018 county junior A final when beating Shannon Rovers 3-20 to 0-7 in the decider.

And, while Toomevara were celebrating a famous win last season the Thurles Sarsfields suffered cruel heartache when narrowly losing the county intermediate final to Cashel Camogie Club after a replay. The drawn game finished 1-8 apiece, but Cashel won the replay 2-13 to 1-13.

In their recent semi-final Sarsfields beat Kilruane MacDonagh's 2-15 to 1-10 - thanks to goals, which arrived courtesy of Sarah McKevitt and Laura Loughnane, the Blues led 2-10 to 0-5 at the break.

The Thurles Sarsfields panel of players who are through to the county intermediate camogie championship final following a semi-final win over Kilruane MacDonagh's (2-15 to 1-10) - Sars will face Toomevara in the final on Sunday, October 13 at 12 noon at The Ragg Camogie Grounds. Picture: M Ryan

Meanwhile Toomevara beat Newport-Ballinahinch in an absolute thriller with just three points to spare (3-14 to 5-5).

Toome led 1-5 to no score early on, but the sides were level at the break following a Newport-Ballinahinch surge (1-8 to 3-2). Indeed, Toomevara were also thankful to goalkeeper Paula Ryan who saved a penalty during a dramatic opening half. And, Aoife Ryan proved the hero for the Greyhounds thereafter when the interval substitute notched 2-3 to help propel her side into the final. 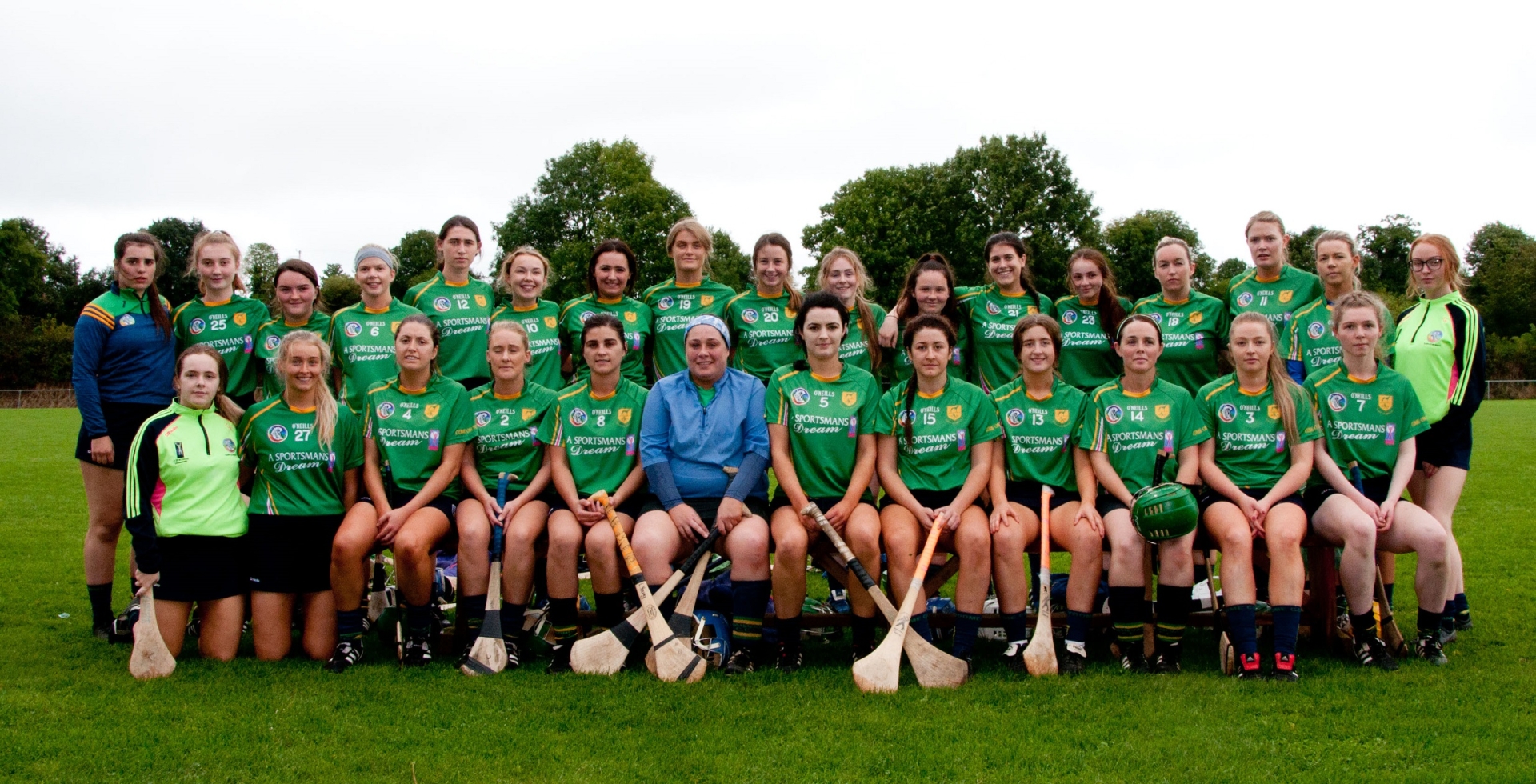 The Toomevara panel of players who are through to the 2019 county intermediate camogie championship decider following a seven-point semi-final win over Newport-Ballinahinch - Toome will face Thurles Sarsfields in the final on Sunday, October 13 at 12 noon at The Ragg Camogie Grounds. Picture: M Ryan