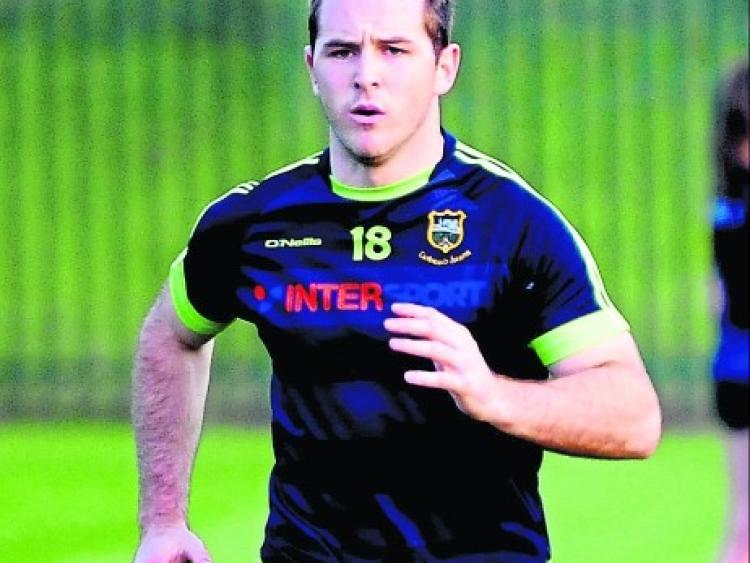 Templederry Kenyons had a deserved victory in this FBD Insurance Seamus O'Riain Cup County Senior Hurling Championship quarter-final at Drombane on Saturday but they could seldom afford to rest on their laurels against a Cashel King Cormacs team that battled every inch of the way.
Templederry were cruising when they led by 12 points midway through the second half, having outscored their opponents by 1-8 to 0-3 in the third quarter.
That should have been that, but Cashel gave them a few uncomfortable moments in the closing stages.
Conn Bonnar played a starring role in Cashel's resurrection, scoring 1-5 (including 0-4 from frees) as they trimmed that considerable deficit back to just four points with only a few minutes left on the clock. He had courageously burst his way through the Templederry defence before scoring the goal in the 51st minute.
And when only two pucks of the ball separated the teams near the finish, Cashel supporters started to sense that their team just might be capable of completing an incredible comeback, while anxiety swept through the Templederry followers.
However the north team had just about enough in the tank to close out the victory. Former All-Ireland winning county player Gearoid Ryan and Eanna Murray shot steadying points in quick succession, before Darragh Carey added the extras from a free in additional time.
There were only four points between the sides at the break but Templederry, who held that 2-7 to 1-6 half-time advantage, soon set about putting some real daylight between themselves and Cashel.
Four points in as many minutes from Adrian Ryan, Gearoid Ryan (0-2) and Sean Ryan pushed them eight clear. Brendan Kelly responded with a badly-needed point for Cashel,  but when Liam McCutcheon supplied half-time substitute Padraig O'Leary with the pass for a goal Templederry were 10 points ahead, and it looked very much like game over.
That view was reinforced when Brian Stapleton's free extended the lead to twelve points, only for Cashel to bravely make a game of it in the last quarter of an hour, when they outscored Templederry by 1-7 to 0-5, although they weren't capable of getting any closer.
Templederry were never led, getting off to a bright start with points from Sean Ryan and Darragh Carey's free before a pair of points from Ross Bonnar pulled Cashel level.
Two goals within 60 seconds in the 19th minute lit the spark in what had been a relatively tame affair up to then. Templederry were three points ahead when they struck the opener from Eanna Murray, after good work by Sean Ryan.
Cashel struck back immediately when Brendan Kelly made a great catch before advancing and scooping the ball past Templederry goalie Paul Murray. Dylan Fitzell's point left them just two in arrears but they were rocked back on their heels in the 22nd minute when Adrian Ryan and Sean Ryan set up Eanna Murray to tap home into an unguarded net for his and Templederry's second goal.
Despite that setback Cashel were very competitive in that first half. Eoghan Connolly was their best performer in that period, and after his shot at goal from a 21 metre free was blocked Adrian Cummins, another of their leading lights, had the last point of the opening half to give them hope facing into the second half.
In the first period Cashel goalie Owen Quirke had made a smart save from Sean Ryan, as well as catching a dangerous lobbed effort from Darragh Carey under the post. Brendan Kelly, Simon Delaney and Cormac Ryan had also made their presence felt.
Templederry, however, were the better balanced side over the hour. Two-goal Eanna Murray, freetaker Darragh Carey, Sean Ryan, Gearoid Ryan and Adrian Ryan carried too much firepower for Cashel, while Thomas Stapleton and Brian Stapleton also impressed.