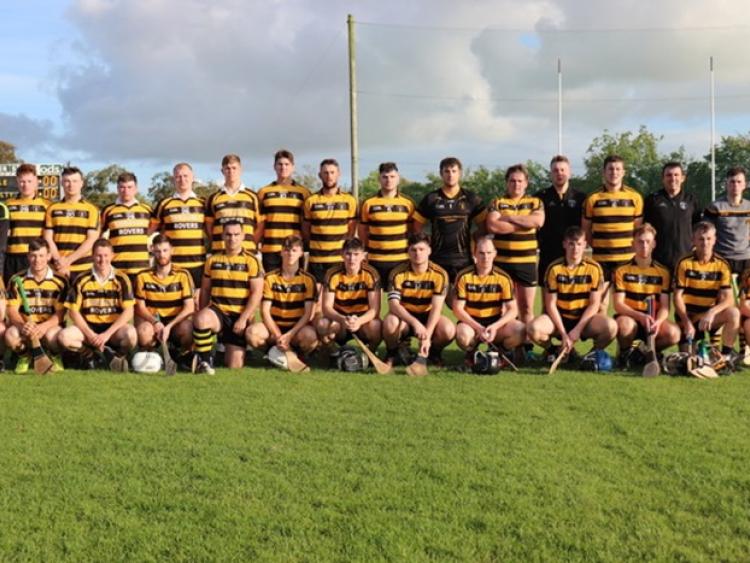 A dramatic Donough Leahy goal in the 62nd minute propelled Arravale Rovers past Nenagh Éire Óg and into the FBD Insurance County Junior A Hurling Championship final at Templederry on Saturday evening.

Nenagh Éire Óg, thanks in no small part to the outstanding Donnacha Quinn, had fought back from five points adrift early in the second half (0-7 to 1-9) to earn a one-point lead in injury time, but just then Donough Leahy rescued Arravale Rovers with a terrific goal.

That strike capped a fine outing for Leahy who shone brightly at left wing-forward while centre-back Darren Lowry and midfielder Johnny Ryan were also outstanding for a determined Arravale Rovers side.

Nenagh Éire Óg were devastated to lose in such circumstances, but given the prevailing pattern of this contest Arravale Rovers were good value for the win. Rovers, for instance, fired sixteen wides (Éire Óg: nine) and dropped eight shots short (Éire Óg: five); the free count was shared evenly (ten each).

Éire Óg played with the breeze in the opening half and led 0-5 to 0-3 with fourteen minutes on the clock - Brendan O’Brien, Donnacha Quinn (two, one free), Killian Malone and Pearse Morris were responsible for these early efforts. Johnny Ryan, however, was hurling well for Rovers and although the West Tipperary outfit were guilty of some errant early shots Ryan did demand a good save from Éire Óg ‘keeper Mark Tuite in the eighth minute.

Arravale Rovers fought back to tie the game by the break (0-7 each). Johnny Ryan landed an especially accomplished placed ball into the wind in the 15th minute while Éire Óg created terrific goal-scoring opportunities in the 19th and 32nd: Brendan O’Brien elected to pop over the first while Killian Malone demanded a neat save from Thomas Gleeson in first half injury time.

Rovers were irresistible immediately after the break as points from Johnny Ryan and Donough Leahy added to their tally while Jack Lowry created a goal-scoring opportunity for Johnny Lowry in the 37th minute (1-9 to 0-7).

Donnacha Quinn (free) scored Éire Óg’s first point of the second half in the 43rd minute.

The Blues still trailed by four (0-9 to 1-10) entering the final quarter when Donnacha Quinn roused his colleagues with four successive long-range points (one free) - Brendan O’Brien and John Cahalan provided smart assists for two of these efforts while Quinn conjured a terrific pick-up in traffic in the 55th minute before tying the game in spectacular fashion off his right (0-13 to 1-10).

Roger O’Connor brought thirteen scoreless minutes to a conclusion for Arravale Rovers in the 57th minute, but all the momentum was with Éire Óg now and Nenagh re-claimed the lead thanks to Donnacha Quinn (free) and then Darragh Walsh in the 62nd minute.

Walsh’s effort from long-range appeared to mark a fitting conclusion to this entertaining affair, but a lack of concentration following the ensuing re-start saw Arravale Rovers launch one final attack; the ball was worked into the hand of the unmarked Donough Leahy who calmly side-stepped an Éire Óg defender’s challenge before belting home the match-winning goal.