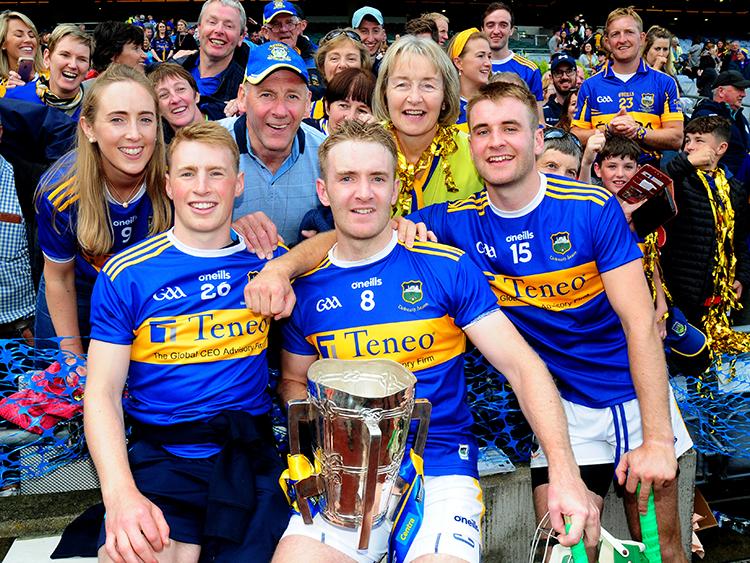 Boherlahan is the spot to be for fans of Gaelic football on Sunday, October 27 (1pm) when one of the most intriguing clashes of the year will take place - the storied Mid Tipperary venue will host the meeting of Loughmore-Castleiney and Clonmel Commercials in the semi-finals of the FBD Insurance County Senior Football Championship. The rivalry between both clubs is significant and a terrific exhibition of football is on the cards.

Meanwhile on Sunday, October 27 JK Bracken's will hope to upset defending champions Moyle Rovers in their respective semi-final which is fixed to take place at Leahy Park in Cashel (3pm).

In the quarter-finals JK Bracken's got the better of Upperchurch (2-11 to 1-10), Moyle Rovers remained in the hunt to retain their title following a 1-13 to 3-4 quarter-final win over Cahir and Loughmore-Castleiney proved far too strong for Arravale Rovers (5-11 to 2-8) while Clonmel Commercials cruised to a 4-13 to 0-7 win over Ballyporeen.

The newly-inaugurated Tom Cusack Cup (a tier two competition for teams which finished third and fourth in their respective groups in the county senior football championship) got underway recently. Please note that the winners of each quarter-final progressed to the last four in the competition while the loser of each game found themselves in the relegation play-offs.

Both of the senior football championship relegation semi-finals are fixed to take place on Saturday, October 26 (one team faces the drop to the intermediate grade this season) - Moyne-Templetuohy take on Galtee Rovers in Clonoulty (3pm) while Ardfinnan face Kiladangan in Sean Treacy Park (3pm).

The last of the quarter-finals in the FBD Insurance County Intermediate Football Championship took place on Wednesday, October 2 when Clonmel Óg beat Drom & Inch with six points to spare (1-9 to 0-6) at Clonoulty.

The results of the other three quarter-finals read as follows: Clonmel Commercials beat Moyle Rovers (0-18 to 3-6), Golden-Kilfeacle proved too strong for Clonoulty- Rossmore (1-13 to 0-5) and Moycarkey-Borris dismissed Rockwell Rovers with just a point to spare (2-11 to 1-13).

In the quarter-finals Portroe proved too strong for Solohead (3-11 to 2-9), Mullinahone got the better of Emly (3-11 to 3-5), Ballylooby-Castlegrace beat Moyle Rovers (2-7 to 1-5) and Newcastle saw off the challenge of Knockavilla -Donaskeigh Kickhams (1-12 to 0-13). In the preliminary quarter-finals Solohead beat Cahir comprehensively (6-8 to 2-10) while Moyle Rovers proved marginally too strong for Ballingarry (1-8 to 1-7).

Two quarter-finals are scheduled to take place in the FBD Insurance County Junior B Football Championship this weekend.

Rockwell Rovers and Lorrha-Dorrha are already through to the semi-finals - Rockwell Rovers beat Clonmel Commercials (4-7 to 2-7) in their respective quarter-final while Lorrha -Dorrha proved too strong for Moyne-Templetuohy (5-10 to 4-4).