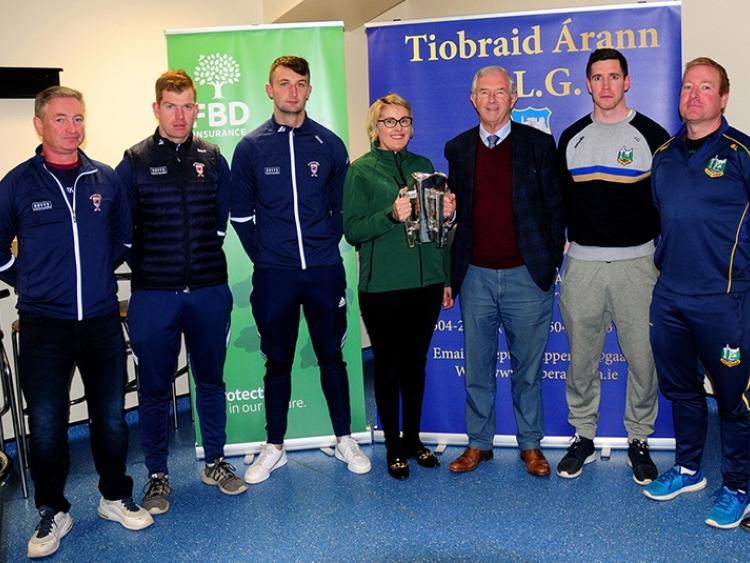 Anybody who attended the county senior hurling semi-finals at Semple Stadium expected a humdinger between Borris-Ileigh and Kilruane, but it turned out to be a damp squib - Borris-Ileigh didn't want a shoot-out against a team of Kilruane's calibre and so they went about ensuring that the game would be an arm wrestle. Indeed, Borris-Ileigh manager Johnny Kelly admitted as much: “we didn't want an open game against Kilruane MacDonagh's and we made sure that it wasn't that. It might not have been great for the spectator, but it's a means to and end.

“Conor Kenny came up trumps and got some great scores, but, being honest there is no hope of us beating Kiladangan if we don't get better performances and that's not trying to be cute or anything. We are in a final but we are there on heart really and we need to be better,” Johnny Kelly added.

If anyone knows Kiladangan, it is Johnny - he coached them for a long spell and he knows the kind of credentials that their players have. “Kiladangan have a really dangerous forward line and lads I know well because I have trained them before. They have the drop on us with the players they have up front and it will take up all of our time to manage that situation. But our players are adaptable and they can move around the field. We got out of the semi-final because we showed serious heart. Dan McCormack and Brendan Maher have been exceptional since they came back after winning the All-Ireland - there are no heroes in our camp, it's just all for the team. Brendan being back so quickly from that cruciate injury is just inspiring. We will need him in spades next Sunday,” Johnny Kelly explained.

In the opposite dug out will be Johnny's friend and neighbour Seán Treacy. The pair grew up together, solidered together and shared many stories together, but now they will pit their wits against each other and it will be a strange situation for the Portumna men.

“We are neighbours and friends for life. Our fathers were friends before that. We are from a small little place called Boulea outside Portuma. Our houses are half a kilometre from each other and we grew up together - it will be very interesting,” says Johnny who added that the players made a pact at the start of the year to have a right go at the championship.

As for the North final which saw Kiladangan claim the silverware as Borris-Ileigh faded in the second half, did it mean anything?

“It certainly meant something at the time, but there is no future in the past - it is gone and obviously we will trying to take the learnings from that. Kiladangan are favourites and rightly so because they have not been beaten all year. We have had a couple of ups and downs and we will have to hit the right tune at the right time. That's a big ask because they have good players. The threat is always there with Kiladangan.

“But, getting back to the final in such a fashion reaffirms what we said all along and how we see the team. It unifies us and gives us a bit of strength going forward. It takes time to build that into a squad but those wins help us to gel a team,” he said.