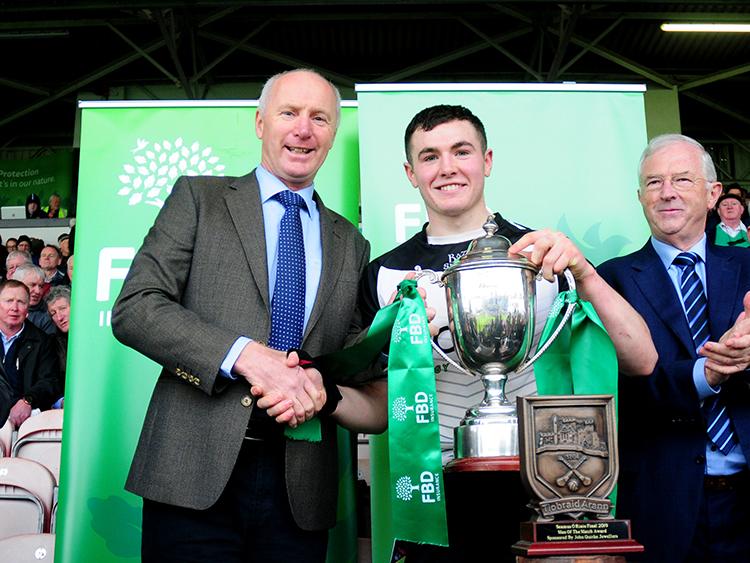 At the November meeting of the County Board at the Sarsfields Centre in Thurles on Tuesday, November 5 a large majority of delegates passed a motion which will, in effect, streamline the Séamus Ó Riain Cup, county intermediate and junior A hurling championships from a promotion-relegation perspective for the 2020 season.

The County Competitions Control Committee (CCC) - led by chairman Joe Kennedy (Moyne-Templetuohy) and secretary Tom Maher (Moyne-Templetuohy) - proposed the successful motion which, in effect, means that only one team will be promoted from the Séamus Ó Riain Cup, county intermediate hurling championship and county junior A hurling championships in 2020.

Speaking on behalf of the motion County Board vice-chairman Joe Kennedy indicated that the change would add “more prestige to the Séamus Ó Riain Cup and intermediate county hurling finals”.

A Cappawhite motion to retain the current structure of the county junior A hurling championship prevailed at the November meeting of the County Board, but only just when defeating a St Patrick’s motion by five votes (39-34).

The St Patrick’s motion sought to transform the structure of the county junior A hurling championship and was specifically aimed at developing standalone junior clubs by dividing the competition into two sections (section A consisting of first teams and section B consisting of clubs with second and third teams) and thereby avoid a recurring situation which sees junior A clubs shipping significant defeats against junior A teams from senior clubs. The structure of the proposed competition was complex, but well thought-out.

Thurles Gaels had also proposed a motion aimed at altering the structure of the junior A championship, but withdrew same and delegate Pat Flanagan declared his club’s support for the defeated St Patrick’s motion. Mr Flanagan, however, did warn delegates that the junior A hurling championship was in need of a “radical overhaul” as the gap between the best and worst teams at the grade was very significant.

The 2020 season will feature a new format for the County Junior B Hurling Championship - the Thurles Gaels motion to change the structure of the competition attracted an overwhelming majority (49) from club delegates.

Delegates strongly favoured the Thurles Gaels structure as opposed to a Cappawhite motion which proposed the retention of the status quo, but with an additional quarter-final stage added featuring the respective divisional finalists.

THREE UP AND THREE DOWN

A Gortnahoe-Glengoole motion was passed which will transform how the All-County Hurling League will operate in 2020 from a promotion-relegation perspective.

So, if you take division two of the 2020 All-County Hurling League as an example: the current divisional structure will be retained with both finalists promoted alongside the winner of a play-off between the second from top teams in each group.

A Ballina motion to transform the points system in the all-county hurling and football leagues was narrowly defeated (34-35).

Here the Ballina club proposed that negative points be removed from the league regulations and in their place the following apply: win (four points), draw (two points), loss (zero points) and play a game or receive a walk-over (one bonus point).

County Board vice-chairman Joe Kennedy described a Ballina motion, which recommended the introduction of county minor hurling and football leagues, as a “great idea”.

The competition was designed to provide games for minor players and the key to its success was that clubs were prepared to compete without their inter-county players.

The Ballina motion outlined a proposed structure for an all-county minor hurling and football league which would guarantee clubs a minimum of five graded mid-week games (starting in April) with groups roughly aligned based on geography to save on travel time.

Joe Kennedy revealed that the idea would be discussed at later stage while County Board chairman John Devane also welcomed the motion.

“It's something that I have been saying for a long time: our minor players are not getting enough games at minor level,” John Devane said.

A series of Cappawhite motions seeking to re-establish the link between the divisional and county football championships at the intermediate (defeated 19-38), junior A (defeated 26-35) and junior B (defeated 26-38) grades were defeated.

Football Board chairman Barry O’Brien spoke out against each motion and outlined the Football Board’s preference to retain the status quo - as matters stand all three competitions are played on an all-county basis with the respective divisional champions not qualifying for the county series.

Meanwhile a Ballina motion, which sought to reduce the number of teams competing in the senior, intermediate and junior A football championships to twelve teams at each grade, was withdrawn.