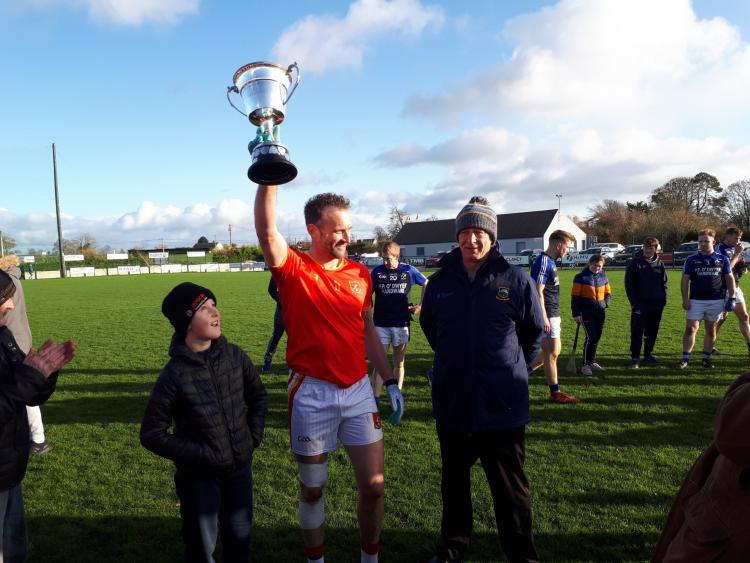 Three first half goals put them firmly into the driving seat

Goals win games and the fact that Killenaule scored five of them in the FBD Insurance county junior B football final this afternoon in Littleton, helped them sink west champions Eire Og Anacarty in a very competitive outing.

Three of those goals came in the first half from Peader Kennedy in the 8th minute, Eoin Shaw in the 9th and a Declan Fanning penalty in the 18th minute after Gerry Kennedy had been fouled.

But, Anacarty showed a lot of resilience too and they had first half goals from Willie O'Neill and Philip McGrath to keep them in the game. It was 3-3 to 2-2 at the break and though they had played with the aid of the breeze in the first half, Anacarty were still very much in it. The loss of Peter O'Dwyer though in the 25th minute, to two yellow cards picked up within 2 minutes, did't help their cause at all and allowed the south champions to exploit the space and wreak havoc.

However, Killenaule hit the second half like a steam roller and they bagged 1-7 to Anacarty's solitary point up to the 19th minute - the goal coming from full forward Eddie O'Brien, who finished the day with 2-3 to his name - his second goal coming right at the very death to really seal the deal.

Anacarty never stopped battling though and they had a Pa Aherne penalty goal in the 26th minute - his second attempt after the first had to be retaken when Killenaule keeper Tom Fitzgerald moved off his line. Anacarty laid siege to the Killenaule goal in an attempt to raise second half green flags but they were to be frustrated time and again

Killeanule's title then and well deserved too - veteran Declan Fanning was their heartbeat, but Eddie O'Brien, Gerry Kennedy and Gearoid O'Rourke were also very prominent for them.