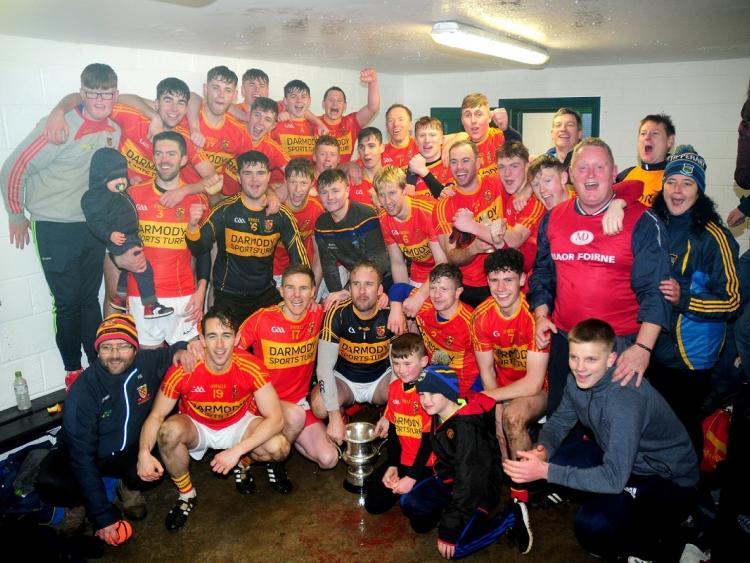 When Moycarkey-Borris registered their first score of the second-half during this AIB Munster Intermediate Club Football Championship semi-final it was shortly followed by the full-time whistle. By that stage St Breckan’s had reeled off 0-6 without reply and the game was finished as a contest long before its actual conclusion.

There could have been plenty more on the board for them too, with eleven wides over the course of the hour. Wasteful shooting cost the Premier outfit too, with their four second-half wides in particular coming at crucial junctures which could have seen them break the momentum of the
home side.

The Clare champions played with the aid of a noticeable wind during the opening period and built up a 0-7 to 0-4 lead heading into the break. They made the ideal start to the game with a trio from Davidson, including a brilliant curling effort to open proceedings, putting them into a 0-3 to 0-0 lead. Moycarkey-Borris were having joy when running at the St Breckan’s defence with their half-back line making the support runs to create the overlap up front.

Moycarkey-Borris settled into the contest and cut the gap to the minimum with a Rhys Shelley free along with a tidy effort from Eoghan Hayes, but two more Davidson frees saw St Breckan’s ahead by 0-5 to 0-2 after the opening quarter.

Tristan O’Callaghan has been in excellent form between the sticks for St Breckan’s and he was called into action to contest a high dropping ball into his square with Shelley getting a fist to it to help it over the crossbar. Colm O’Brien responded with a classy score before another from Shelley kept his side in touch.

The home side finished the scoring with a well-taken 45-metre free from Padraig Kelly after he had
seen his initial effort deflected behind after being sent through by Masterson.

MASTERS IN THE SECOND HALF

There was no question as to who were the masters in the second-half, but the home side were guilty of registering six second wides from promising scoring positions while two good goal-scoring chances also went by the wayside. Davidson (three), Colm O’Brien and Padraig Kelly were their second-half scorers with Tierney
and Sweeney impressing in creating those chances.

And, the St Breckan's discipline in the tackle and intelligent use of possession was vital in keeping their opponents chances to a minimum. The willingness to track back and force the turnovers meant St Breckan’s were able to hit Moycarkey-Borris on the break as they struggled to deal with an impressive front six.

A late long distance effort from Pa Carey proving mere consolation as St Breckan’s marched on to the provincial decider, where they will face Kerry kingpins Templenoe on December 1.