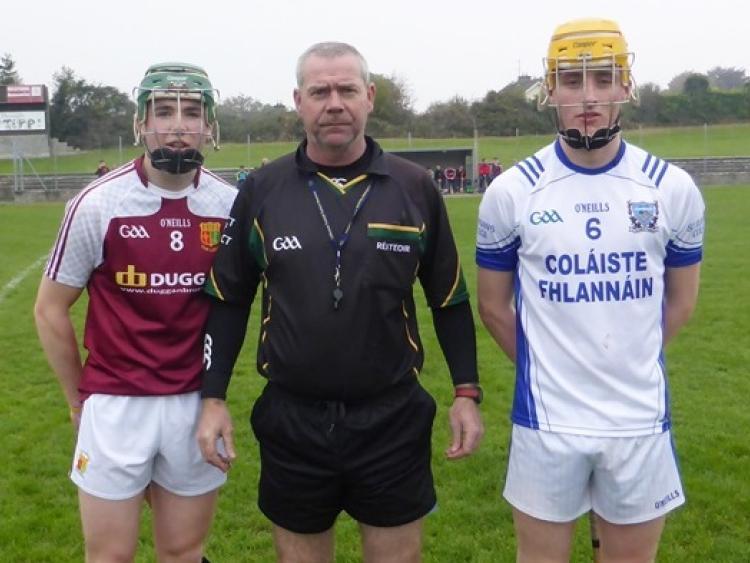 The chairman of the referees committee in the North Tipperary division has jumped to the defence of his refereeing colleagues in response to comments made at the North Tipperary GAA Board convention which took place in the Thatched Cottage (Ballycommon) on Monday, December 2. Indeed, Kieran Delaney (Toomevara) argued that referees in the division put in an “enormous amount of effort” in order to prepare for games.

“I can assure everyone in the room that the referees in the division will put in as much effort as the players in 2020,” Mr Delaney said while he also revealed that referees in North Tipperary complete a fitness test every six weeks and a rules session every eight weeks in order to ensure that each member of the refereeing pool is fit and able to carry out their duties to the very best of their ability.

Mr Delaney was responding to comments made by divisional board vice-president Donie Nealon (Burgess) who questioned the fitness of referees in club games during his remarks to the annual convention.

“As you can see the report is an excellent job from Marian, as usual,” Mike Flynn told delegates before highlighting Borris-Ileigh’s win in the recent AIB Munster Senior Club Hurling Championship final as a highlight from the 2019 season. Mr Flynn praised the Borris-Ileigh team for the manner in which they won the provincial title against Ballygunner (Waterford) and the Kiladangan man also described the Borris-Ileigh supporters as “unbelievable” at Páirc Uí Rinn in Cork on November 24.

“It reminded me of Munster inside in Thomond Park with the way that they drove their team home,” Mike Flynn (Kiladangan) said.

Mike Flynn revealed that “a small bit of bite has gone out of the North championship” and that this, he believed, was because clubs could not “serve two masters at the one time”.

The North Tipperary GAA board chairman also outlined his disappointment that a Newport motion - which proposed to split the North Tipperary divisional senior hurling championship into two tiers - was narrowly defeated at the November meeting of the County Board. Mr Flynn described the motion as an “excellent idea”.

In his speech to convention North Tipperary GAA Board chairman Mike Flynn also raised the subject of referee recruitment in the division.

“We are going to have a problem with referees going forward,” the Kiladangan said before indicating that the number of referees available in the division was “getting scarce”.

“I would put the onus back on clubs to get guys to do the (referee’s) course,” Mike Flynn said.

“There are a whole heap of clubs in this division who have no referees and it’s not good enough,” Mr Flynn added.

In her report to convention North Tipperary GAA Board secretary Marian Minehan highlighted the contribution made by “our loyal band of referees and umpires who officiate at our games” in the division. A total of thirty-three referees contribute their time in the North Tipperary division and, according to Marian Minehan, the abuse of referees has “to stop” since “it is on-going and totally unacceptable”.

“It is common nowadays to hear the constant tirade of treats, abuse and foul expletives directed at our officials. Referees and their officials cannot be allowed to suffer this in their voluntary capacity, no matter what circumstances apply. As always clubs are responsible for their mentors, supporters and team management,” Marian Minehan reports.

“A sincere word of thanks (goes) to all (of) our referees and umpires for ensuring our games go ahead no matter what the circumstances. Without their commitment and reliability our games would suffer greatly. At present there are many clubs who have no referees. The board asks all clubs to make every effort to recruit at least one new referee in 2020 as going forward our number of referees are being reduced every year,” Marian Minehan reports.

Secretary Marian Minehan also highlighted the success of the North Tipperary Minor Hurling League in her report to convention - the initiative was designed to provide games for under-18 players during the months of April and May who would otherwise be left idle while their club colleagues train with their respective inter-county panels. The key to the success of the competition was that clubs were prepared to compete without their inter-county players.

“This year the CCC decided to run a minor league at the request of clubs which was a great success and, hopefully, will continue in the years to come,” reported Marian Minehan.

There were no motions proposed to the convention.