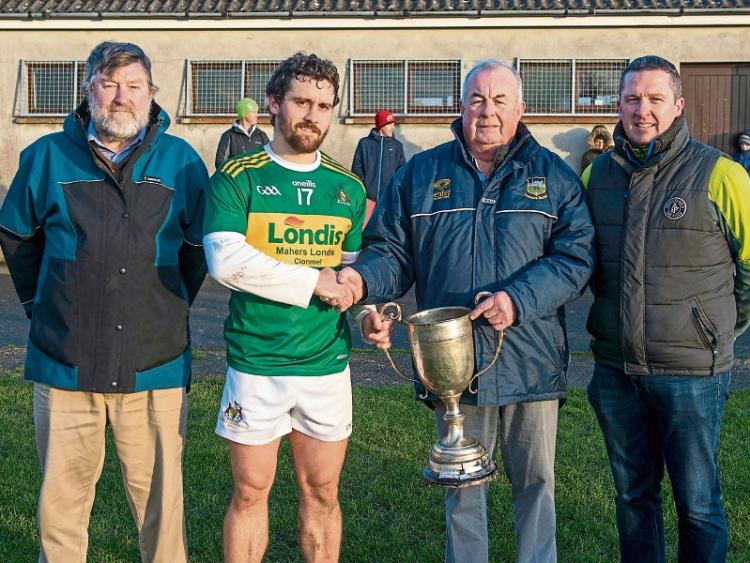 The unlikely hero of the hour was Commercials long-serving defender Danny Madigan who began and finished a passing movement with a well-executed goal midway through the second half. The game-changing score brought his side right back into an encounter which up to that stage looked to be in Rovers' control.

Centre-back Madigan worked the ball out of defence and involved others in a passing movement through the middle of the field, taking the final pass from Sean O’Connor before slotting a well-placed finish beyond Ciarán Kenrick. The score brought the champions back level at 1-3 to 0-6 and inspired them to drive on over the final quarter to edge out their arch-rivals. The win also gave some welcome Christmas cheer to the town side after the disappointment of the provincial final two weeks earlier against Nemo Rangers.

Moyle Rovers, who had home advantage after the game was switched from Cahir, had the better of the opening exchanges and aided by a strong cold wind were 0-4 to 0-1 ahead after 20 minutes.

After Sean O’Connor opened the scoring for Commercials in the second minute, a near full-strength Moyle Rovers team replied in the fourth minute with a free by Liam Boland after Tadgh Fitzgerald was fouled.

A minute later the ever hard-working Richie Power pointed for the lead for the Powerstown/Lisronagh side but we had to wait another 13 minutes for the next score, another free from Liam Boland (after a yellow card tackle from Michael Murphy) to make it 0-3 to 0-1.

Rovers were enjoying the majority of the possession at this stage and had the champions pinned back for long periods. A fluid movement linking Liam Boland and Ben Owens was well finished in the 20th minute by Cillian Crowe to stretch the advantage to three.

Clonmel Commercials got their second point - and their first in 20 minutes - when Michael Quinlivan landed a free won by Ross Peters in the 22nd minute and they had it back to just a single point by the break when Quinlivan tapped over a free, again won by the industry of Ross Peters running at the Rovers rearguard. 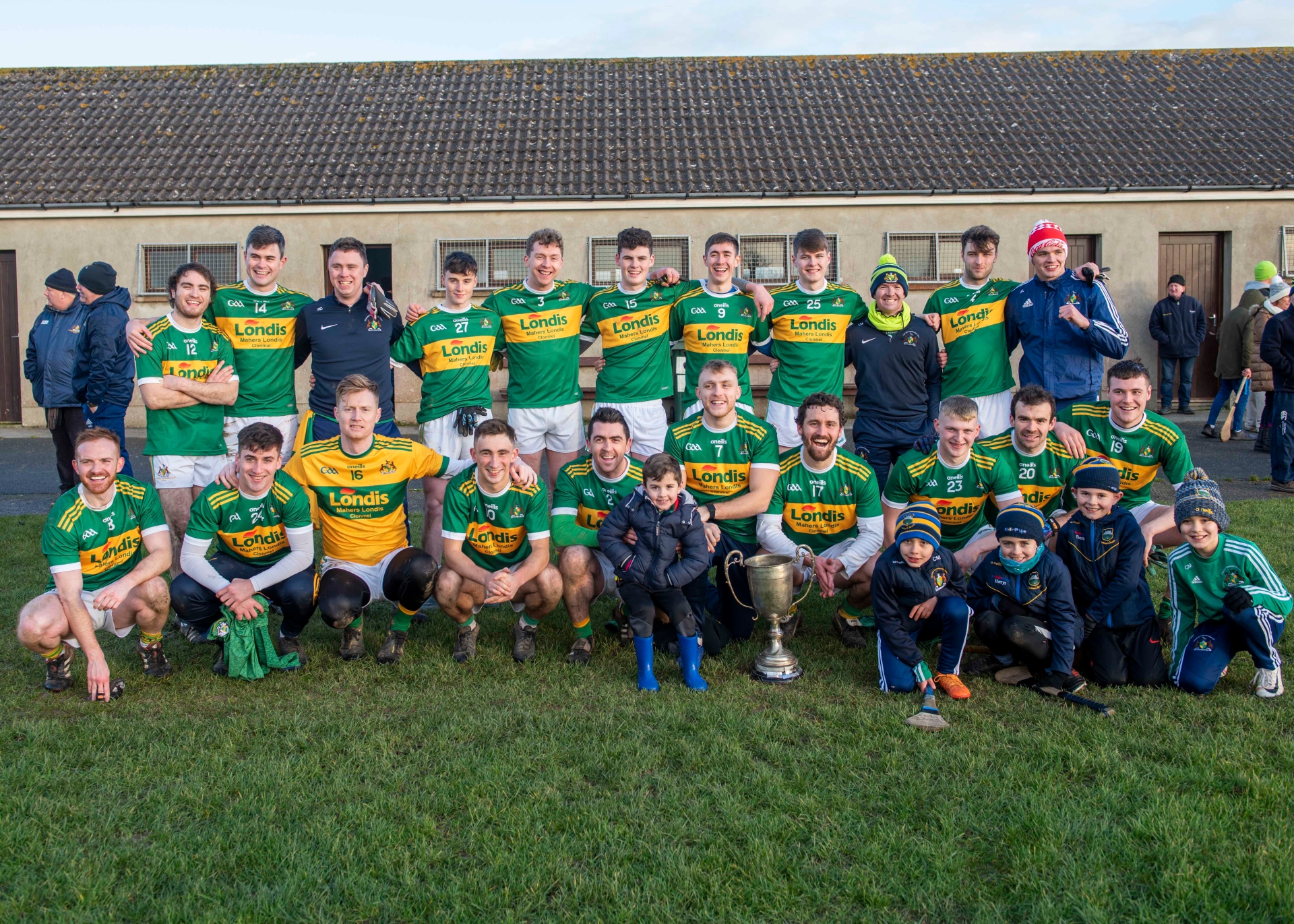 In that opening half in which Rovers were on top they kicked six wides while Commercials didn’t register one - it indicated opportunities lost for the hosts.

The slow pattern of scoring in the opening half didn’t improve after the resumption and the sparse attendance on a bitterly cold afternoon had to wait 10 minutes for the first point, a Liam Boland free after Tadgh Fitzgerald’s run was illegally halted. Straight from the kick-out Liam Boland won possession to put Diarmud Foley on his way to point and Rovers were now looking good at 0-6 to 0-3.

But then came Danny Madigan’s goal in the 46th to level matters up in a flash, sliding a well-placed goal beyond the keeper’s reach, finishing a move he initiated himself in his own half.

Indeed Rovers had a gilt-edge chance to hit back immediately with a goal of their own when Danny Owens’ flash pass sent Shane Foley through but indecisiveness saw the chance swallowed up by the Commercials defence.

Rovers did edge back in front in the 47th minute (0-7 to 1-3) when Danny Owens fisted over a point after good work by Alan Campbell and Liam Boland in the build-up. A superb equaliser from an unusually quiet Michael Quinlivan levelled matters up for the third time with 10 minutes remaining to play.

The former All-Star forward kicked his side to the front with his fourth point of the day in the 54th minute after another build-up involving Danny Madigan, before Rovers pegged it back to parity with a Liam Boland free from 40 metres after counter-attacking corner-back Paddy Morrissey was impeded.

It was anyone’s game at this juncture and it was perhaps fitting that one of the scores of the day should win it for the Western Road side. A movement out of defence brought Conor Deely and Michael Murphy into play before Pauric Looram took control and finished off the move with a superb point from 35 metres for what turned out to be the day’s final score.

A few moments later Commercials were reduced to 14 men when Michael Murphy had a black card added to his previous yellow. Earlier in the second half Commercials’ Ryan Lambe was also black-carded by the referee.

An understrength Commercials (missing seven of the Nemo starting side and then losing Kevin Fahey after 10 minutes through injury) will be glad of the win over their rivals, rounding off a successful year for them. It gave them a chance to play the disappointment of the poor performance in the Munster final out of their system and they showed good character in sticking to the task when behind.

In captain Donal Lynch, Kevin Harney and Danny Madigan they had solid hard-working defenders. Michael Murphy showed for plenty of work around the middle while upfront on a low-scoring afternoon Ross Peters, Pauric Looram and Sean O’Connor tried hardest with Michael Quinlivan kicking some vital scores.

Moyle Rovers will be happy that they took the game to the champions and even in defeat this was a better showing than their county semi-final loss to JK Bracken’s last month. There were some very decent performances and none more so than Tadgh Fitzgerald who put in a good hour’s work. Others to do well were Jack Harney, Morgan Irwin, Richie Power, Liam Boland and Cillian Crowe.

Finally, there is no hiding from the fact that this competition doesn’t replace what was once the knock-out South Senior Football Championship that provided winners with a stake in the county championship. This competition doesn’t do that. Playing it in mid December either doesn’t help, and with no match programmes, no operating scoreboard and just one linesman present, its status didn’t exactly get a huge boost on Saturday. That said, it was welcome that the competition was being won on the field of play for the first time in three years - Ardfinnan and Moyle Rovers winners in the last two years without a match day victory.