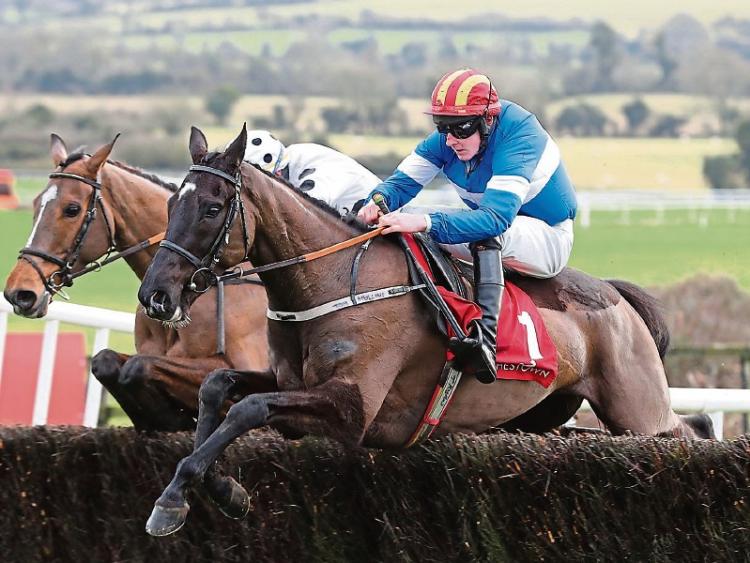 Toomevara trainer James Grace landed a 10/1 winner in his own colours when De Bennette won the 2m handicap hurdle at Clonmel on Thursday.

Trevor Ryan maintained his good run of form when getting the 11-year-old home by an easy eight lengths.

Trumps Ace followed up her win at Clonmel five weeks ago when taking the 2m handicap chase for Moyne trainer Tim Doyle and Ryan Treacy.

In the colours of her owner/breeder Jim Monaghan, the 4/1 chance led on the run away from the second last fence and went clear to win from Bridge Native by seven and a half lengths.

Carrick-On-Suir trainer Mark Cahill was among the winners at Dundalk on Friday night where Moll justified market support to win the 8f maiden. Sent off at odds of 5/1 under Conor Hoban, he got to the front well inside the final furlong and readily held the challenge of China’s Storm.

Donnacha O'Brien had his first running as a trainer in the race and 4/1 joint favourite Mythologic came from off the pace to take third place under Gavin Ryan.

Denis Hogan and Joe Doyle were also winners on the card as 12/1 shot Mulzamm landed the opening division of the 7f handicap. In the colours of the Dual Racing Syndicate, the eight-year-old wasn’t found wanting when the gaps appeared well inside the final furlong and he took advantage to score by a length and a half from the David Marnane-trained Tynamite.

Trevor Ryan brought his tally to 24 winners when partnering the Tom Mullins-trained Chavi Artist to a comfortable six and a half length win in the opportunity handicap chase at Punchestown on Sunday. The 11/2 went clear over the final fence and had little difficulty in beating Well Joey, leaving the Borisoleigh conditional one winner shy of reducing his claim to 5lbs.

Rachael Blackmore was also a winner on the day, but she left it late. Le Musigny was the horse, the six-year-old taking the 2m maiden hurdle for trainer Henry De Bromhead at odds of 12/1.