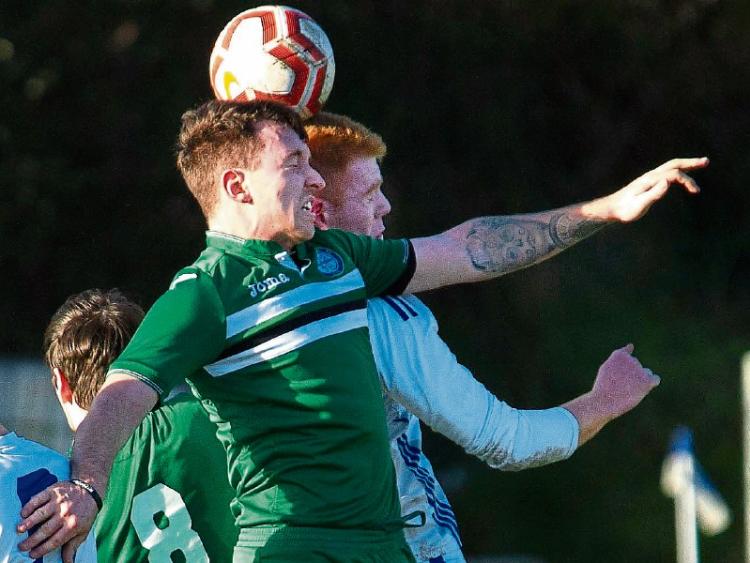 Alex Ryan (Clonmel Celtic B) and Kevin Fraher (Cashel Town B) seem to balance the ball on their heads during Sunday's Tipperary Cup second round game between the sides played at Palmershill, Cashel.

CASHEL TOWN B 0 CLONMEL CELTIC B 2

Clonmel Celtic B progressed to the next round of the third round of the  Tipperary Cup with a well-earned two goal win over Cashel Town B on a frosty afternoon at Palmershill on Sunday.

Both sides did their best to try to stamp their mark on the game early on but neither team managed to create a decent chance in the first thirty minutes, with the final ball or cross often letting them down.

However, on the stroke of half -time, the visitors took the lead with a goal from Shane Mullen who managed to squeeze the ball in at the near post, and left the home keeper stranded.

The second half was much the same fare as the first, with the home keeper Aaron Doyle O’Donnell being much the busier and making a number of excellent saves.

But with ten minutes left on the clock Clonmel Celtic made sure of their victory when Damian Walsh slammed an excellent free kick straight to the net from all over 25 yards out. 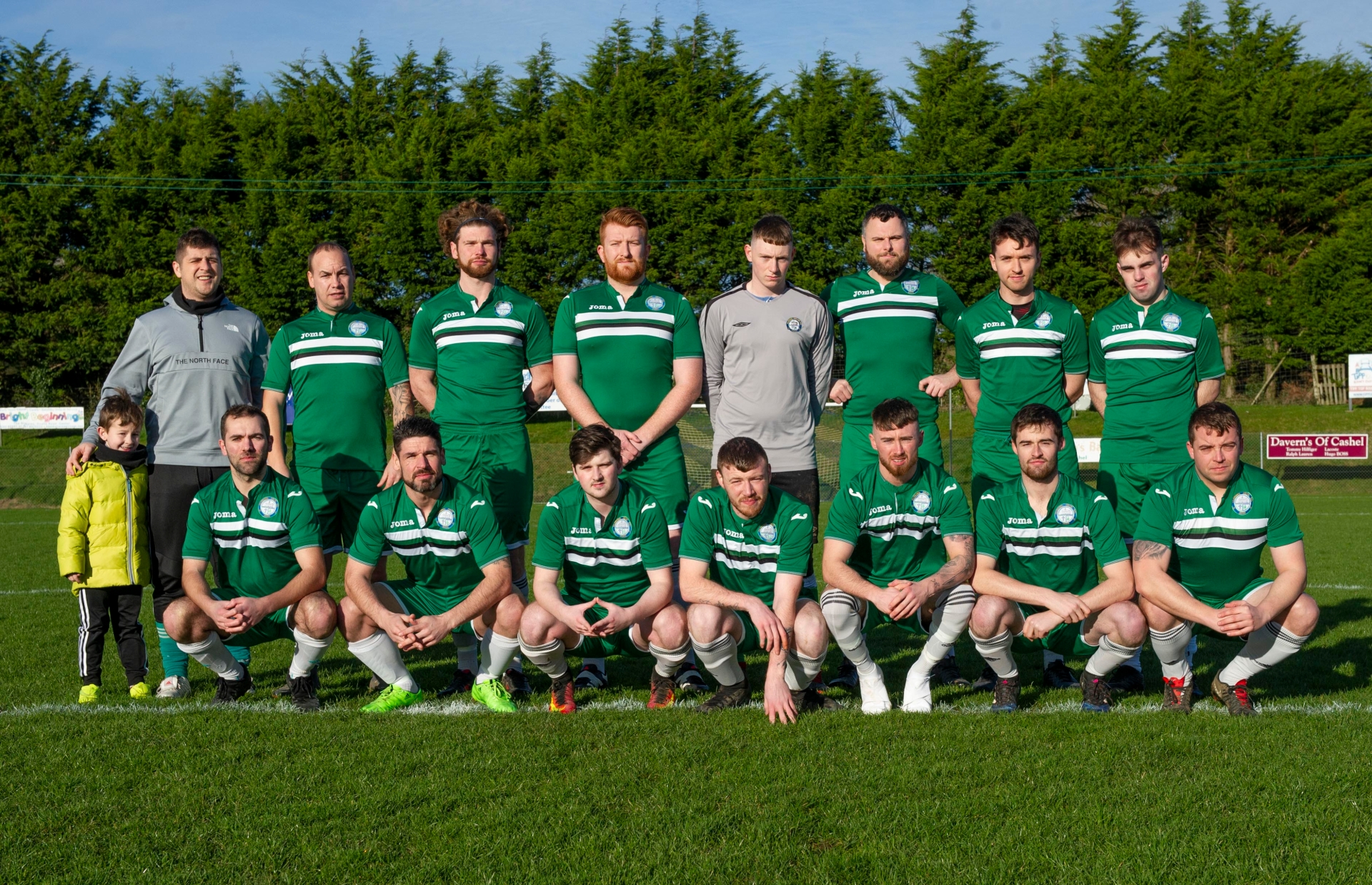 On Sunday Cashel Town bounced back from losing in Wexford the previous  weekend in the FAI Junior Cup and eased their way into the next round of the Tipperary Cup. Sunday’s win continues what is turning out to be Cashel’s best domestic season in years, the visitors proving too good for the  Division Two league leaders at Cahir Park.

The home side started well but Cashel keeper Gearoid Slattery was on top form and dealt with a number of shots towards his goal.

The visitors eventually found their range, and took the lead in the 17th minute when Michael Coleman played a wonderful 40 yard pass that was chested down by Eoin Byrne into the path of James Harding and he smashed to the net to put his side in front.

Harding was practically unplayable at this point in the game and five minutes later he turned the home defence inside out before firing home a second to put Cashel in complete control and the game stood at 2-0 at  the break.

On 60 minutes they put the tie beyond the Park when this time Harding turned provider for his strike partner and set up Eoin Byrne to add the cherry on the top of a very good performance.