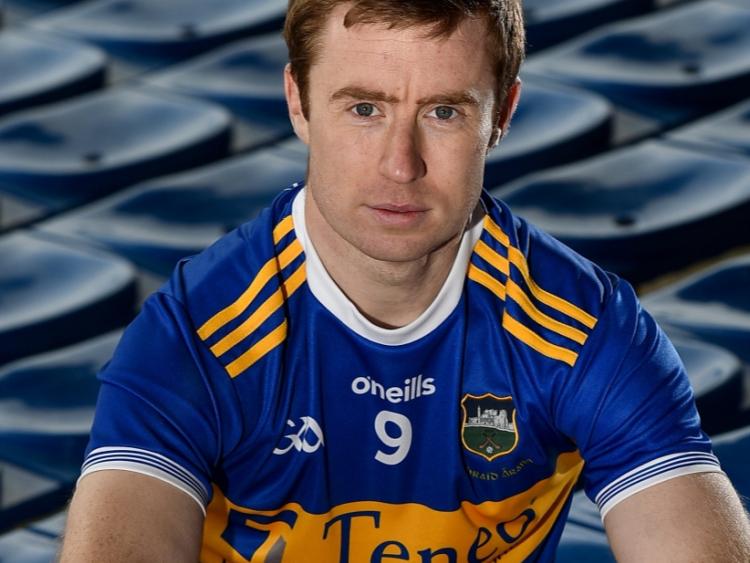 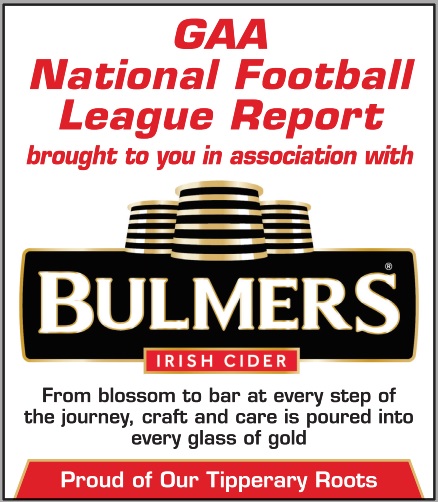 Brian Fox was the toast of Tipperary on Sunday afternoon as manager David Power hailed his side’s “great” comeback in the Allianz National Football League game in Drogheda.

Lady luck seemed to be favouring the hosts for much a stern contest, Tommy Durnin’s looping goal three minutes into the second half bridging Louth’s advantage to six points. In spite of facing a stiff breeze blowing towards the hospital end, Louth, it appeared, had too much for sluggish Tipperary.

But a return of just two points over the remainder of the contest, both Sam Mulroy frees, left the door ajar for The Premier County team to launch a momentum-supported push amid the closing quarter, Fox’s winner causing Louth players to drop to their knees in despair.

Meanwhile, those players introduced by Tipperary had a distinct impact on proceedings, Alan Moloney especially. Tipp’s number 22 kicked two outside-of-the-left points fit to grace Croke Park, registers which had a rousing effect on the winners.

“We are trying to develop a squad,” Power said of his bench’s input to the triumph.

“Our subs, they made a huge difference and we’re really backing ourselves; that’s crucial.

“This group is not used to winning, and winning becomes a habit. Losing can also become a habit, but today we won and it could be a crucial win.”

Contrastingly, Louth coughed up possession on a repeated scale and while the gust grew, Jackson and Mathews were making light of the conditions with powerful, surging runs before their calling ashore. Thereafter, the purpose went out of The Reds’ play and Tipp, with Fox and Jack Kennedy outstanding, rammed a dagger through Louth’s faltering challenge.

“It’s pretty heartbreaking, when the boys put in a performance, to not get over the line,” said Louth’s boss, Kierans.

“We were hanging on at the end before they got their noses in front; I suppose the wind was a big factor and we kicked a lot of wides with the wind in the first half.

“The performance was much improved and the boys gave everything, but that’s not really a consolation at the minute.”

While avoiding defeat in round one is a desirable outcome, even if Tipp only managed to draw with Down, it would have been hugely disappointing for Power’s charges had they failed to taste victory in either of the opening weekends, given the standings tend to take shape from the current juncture.

Midway through Sunday’s second half, the boys in blue were in a perilous position and set to fall deep into the bottom four of a ferociously competitive Division Three. Yet, having come from behind, they sit joint-second, ahead of Sunday’s trip north to winless Derry.

“Though it’s really great to get a win. I keep saying that we’re capable of winning every game, we’re also capable of losing games as well, but we have a chance every game that we play and that’s a crucial thing.”

Kierans touched upon his team’s first half wides’ tally of seven after the game and while he was content with holding a three-point lead at the interval, 0-5 to 0-2, it ought to have been more on account of the conditions. And then there was Tipp’s incredible drought, entailing all of 32 minutes from when Conor Sweeney established their early two-point lead.

When the tide subsequently turned, Mulroy (3), Emmet Carolan and Durnin efforts were successful, but a killer goal chance was never burgeoned until the latter’s wobbling shot pipped the grasp of Evan Comerford, shortly after half-time.

At that stage, had this been a boxing contest, the referee would have been tempted to call a halt with one performer - Tipp, in this case - being hauled around like a ragdoll. But Louth relented in their physical pummeling, allowing opponents other than Fox, the man of the match, to punch in reply.

“I would say it was a fortunate goal,” Power declared. “He was going for a point and it went in over Evan’s head; that's what makes the performance even better.

“We kept our heads up because we could have easily died, but we kept at it. The longer it went I was thinking ‘we might not even need a goal here, keep kicking the points’ and that's what happened.”

A sideline conversion from Sweeney was the standout finish among four consecutive points which reduced the deficit to two, 1-5 to six. Though Louth kept a lid on Tipp’s head of steam via Mulroy’s brace, only for the pressure to mount to uncontainable levels, with the hosts’ most established stars failing in their bid to halt the demise.

Moloney’s wonderful couple accompanied Sweeney and Kevin Fahey strikes before Fox cut inside past 70 minutes to cap a highly unlikely revival, leaving Louth mystified as to the reason for their implosion.

“We couldn’t get the couple of scores in the last quarter of the game to keep us right,” Kierans added.

“They finished very strongly and every time we did break away we just couldn’t connect with the forwards. We were giving it back cheaply to them and they were kicking nice points.”