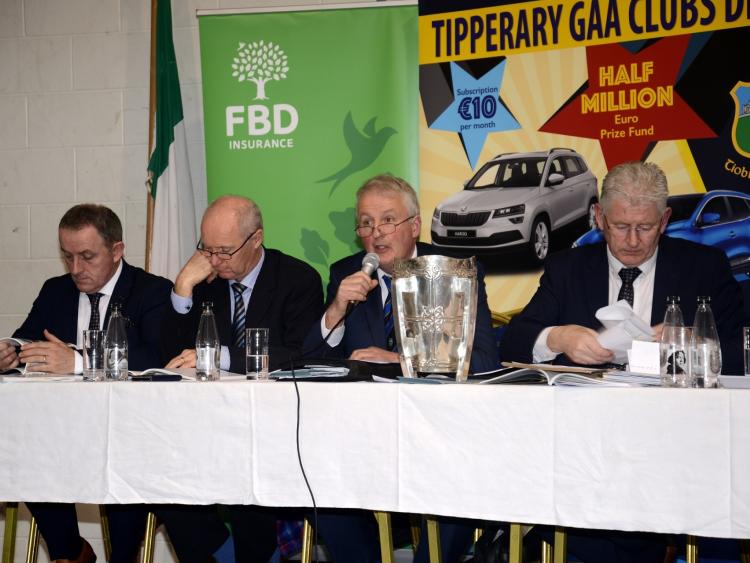 A meeting of the County Board took place on Tuesday, February 25.

County Competitions Control Committee (CCC) secretary Tom Maher sounded the alarm at a meeting of the Tipperary County Board in the Sarsfields Centre, Thurles on Tuesday, February 25 that drastic is required in the Premier County to address the dwindling number of referees.

“We are losing more referees than we are gaining,” Mr Maher explained.

“The time has come when we need to do something about it,” the Moyne-Templetuohy man added before revealing that “a lot of clubs have no referees”.

Mr Maher also revealed that a number of county boards in the country impose penalties on clubs who do not add members to the pool of referees.

“I just believe that we need to do something to get in referees and also to do something to make sure that our referees do not get abused when we do get them in. This is as important as getting our county and clubs teams out on the field. Something has to be done,” Tom Maher said.

In response County Board chairman John Devane indicated that imposing penalties on clubs was a potential solution to the issue, but that the County Board were also “looking at different ways” to recruit referees.

John Ryan, the chairperson the Tipperary Referees Administration Committee, insisted that “every club should have a referee”.

“I just don't know what the answer is,” John Ryan added before County Board chairman John Devane (Boherlahan-Dualla) asked former inter-county referee and club colleague Johnny Ryan to contribute to the discussion.

“Every club should have a ref,” Johnny Ryan said.

“I am not into penalising or penalties, but if we exhaust all other avenues it is something that we will have to look at,” the Boherlahan-Dualla man added.

Further to the discussion the County Board vice-chairman and chairman of the CCC Joe Kennedy warned that clubs will be fined if team mentors are reported for abusing referees. It is widely accepted as fact that a major obstacle to attracting potential candidates into refereeing is the level of abuse directed at match officials during club games.

“We will be continuing our policy that if a mentor abuses a referee that club will be getting fined,” Joe Kennedy said.

Speaking on behalf of the gate checkers Liz Flanagan (Holycross-Ballycahill) described the numbers involved as “very low” and that gate checkers were regularly subjected to abuse at games.

“We are in a tough spot and we do need help,” Liz Flanagan said.

Liam de Lasa addressed delegates at the February meeting of the County Board. Mr de Lasa is the Irish language officer with Glór na nGael, a government funded body which endeavours to promote the use of Irish at a practical level in GAA clubs. Liam de Lasa explained that he intended to get in contact with every club in Tipperary.