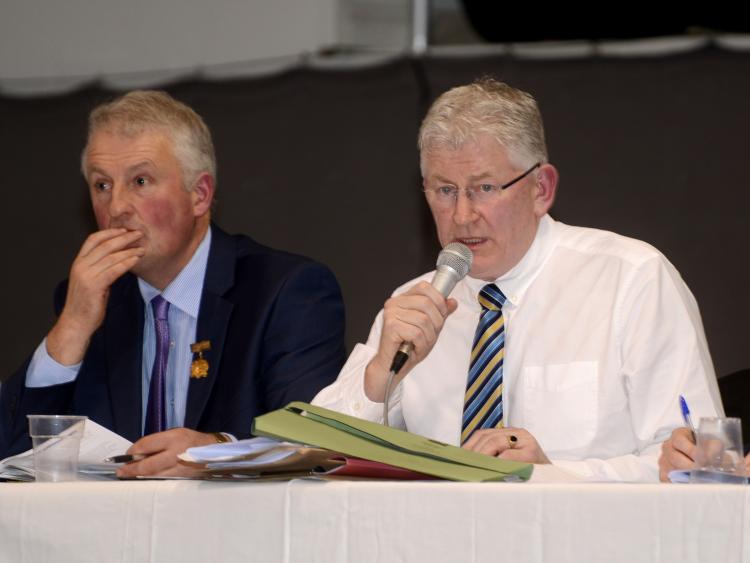 County Board secretary Tim Floyd guided delegates through the list of motions.

The Gaelic Athletic Association's 2020 Congress will take place on February 28-29 at Croke Park, Dublin and on February 25 at a meeting of the Tipperary County Board club delegates were asked to consider a list of sixty-three motions. The vast majority of the motions did not spark much debate, but the Tipperary club delegates did discuss a number of the motions and following a vote, for instance, elected to oppose the proposed black card for hurling.

The Árd Chomhairle and standing committee on playing rules have proposed to introduce a black card for hurling which could see players sin-binned (ten minutes) for cynical fouling. Following a discussion and a show of hands a majority of Tipperary club delegates voted to oppose the motion.

The club delegates appeared indifferent to the motion to award two points for a converted sideline ball while delegates opposed a Down club motion which sought to extend the playing time for club games to two periods of thirty-five minutes each.

Tipperary will vote en bloc against the motion which endeavours to complete the third level competitions (Sigerson Cup and Fitzgibbon Cup) before the fifth Sunday of the year while club delegates were against the motion to complete the post-primary schools football and hurling championships on or before the fifth Sunday of the year. Delegates also opposed a sub-section of this motion which proposed to restrict the C and D post-primary schools competitions from progressing to All-Ireland level (in this case only the respective A and B competitions would continue beyond provincial level).

Football Board chairman Barry O'Brien spoke out against a motion which would preclude a player who has competed in the Allianz National Football League from participating in the inter-county under-20 football championship while Tipperary club delegates also opposed the motion which proposed that the All-Ireland under-20 football championship be played during the months of February and March.

The Enniscrone-Kilglass club in Sligo has proposed that the minor inter-county grade be played on an under-18 basis - the current minor inter-county grade is competed for by under-17 players. The Tipperary club delegates opposed this motion. County Board coaching and games development officer Tom Dawson (Éire Óg Annacarty) pointed out that this decision was a “contradiction” since at the County Convention in December the clubs of Tipperary had voted against the introduction of under-20, under-17, under-15 and under-13 grades for the domestic club scene in the Premier County.