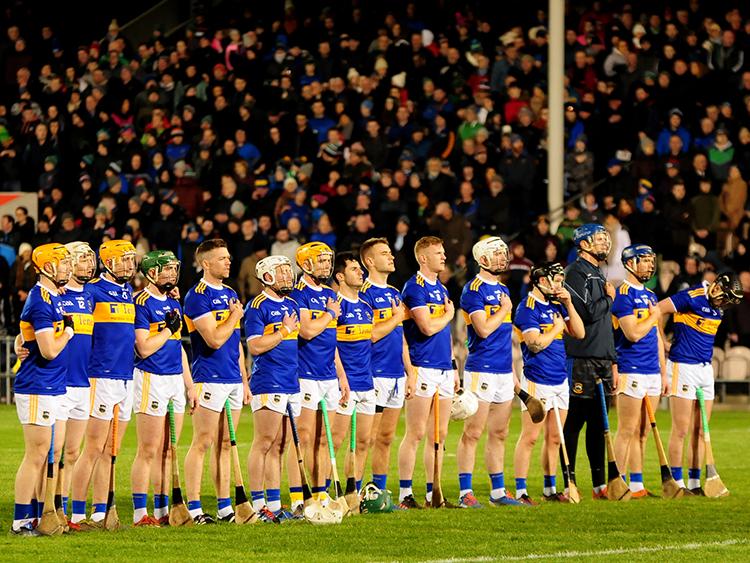 Liam Sheedy has backed his players to bounce back from the Galway defeat.

In the wake of the Premier County’s disappointing eight-point defeat suffered at the hands of Galway (3-21 to 3-13) in round five of the Allianz National Hurling League manager Liam Sheedy has backed the Tipperary players to bounce back in time to compete in the Munster championship. Indeed, the Portroe man has heralded the “good character” of his players following a contest which saw the Tribesmen out-score Tipp by fifteen points (3-12 to 0-6) in the second half. 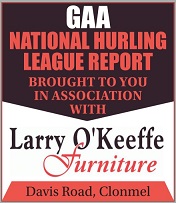 To read the tipperarylive.ie report on the Galway versus Tipperary clash please click here.

“There was a fine wind there, but it wasn’t about the wind. When that Galway team came at us in the second half we just couldn’t find the answers,” Liam Sheedy explained.

“That’s disappointing for us, but you would rather have that element of a problem in early March. We went out of the league on the 14th of March last year; I don’t think the league will define us. Ultimately, it is all about the championship. We have a lot of work to do, but there is good character in that dressing room. Those boys will be hurting this evening and they will get back about their business. We have a lot of work to do in the next number of weeks, but I would be very, very confident that this bunch will do the work that is required.”

Tipperary exited the 2020 Allianz National Hurling League on Sunday having won two and lost three games during the campaign. And, Liam Sheedy has admitted that the Premier County team has not performed at its optimum.

“We probably have not found our flow in this league - I think that is fair to say, but we have shown flashes, when we did get it right, of how good we are. But we, obviously, have to get way more consistent in our application,” Liam Sheedy said.

“That room (of players) in there sets very high standards for itself. We came up well short of that standard in the second half and when you do come up short of the standard that’s, ultimately, what you get. But full credit to Shane (O’Neill, manager) and to Galway; they were outstanding in that second half. They ran at us, they got quality ball in and they struck the decisive scores. I thought that some of the scores that they took in the second half were of the highest order. We learned a huge amount about ourselves today and we go out of here with loads to work on.”

Tipperary will now concentrate their time on preparing for the 2020 Munster Senior Hurling Championship campaign with a series of appetising contests coming up against Waterford (away, May 10), Clare (home, May 17), Limerick (away, June 6) and Cork (home, June 14).

And, Liam Sheedy is not concerned about managing a nine-week gap before facing into that crucial contest with Waterford on May 10.

“The importance of your panel comes more into play now. Ultimately, it’s about how the panel attack this from here on. We are well used to it. We know what the build-up to the championship looks like, but, certainly, we have a hill to climb based on that second half.”

On Sunday at Pearse Stadium in Salthill the visitors led 3-7 to 0-8 at the break thanks to goals from John McGrath (two) and Jason Forde, but Liam Sheedy did admit that, perhaps, Tipperary did not deserve such a significant interval advantage.

“In the first half we got ourselves a seven-point cushion and I thought we were playing reasonably well - I thought the goals gave us a bit of a false scoreboard because two of the goals were opportunist, but I thought the third goal was an excellent score; we worked it very well. So, we had a nice cushion at half-time,” Liam Sheedy told the Tipperary Star.

“In the second half I thought we started okay. We had a goal chance that we didn’t take and for ten or fifteen minutes it was nip and tuck, but once Galway started to come at us I would have to say that they killed us in that middle third. Every time that a ball broke it was a Galway player that was on to it. Obviously, we went two-on-two inside and they exposed us. It was very hard for the lads to defend the ball because the quality of ball that was going in was just too good. Galway were well on top. Probably, when you look back at it, we really didn’t win any position in that second half. We were completely out-played, Galway were full value for their win and it ends our interest in this league competition.

“That performance in the second half is not at the level that we need to be at. We have shown a few times before that when we play at that level we are very, very average. Today we were completely over-ran and out-played. Obviously, the way we structured ourselves in that second half is something that I will have to look at.

“We knew coming up here today that we would learn a lot. We learned that when we play well we can build ourselves seven-point cushions and when we don’t get to the level of work rate that is required we will be over-run in the middle third,” Liam Sheedy said.