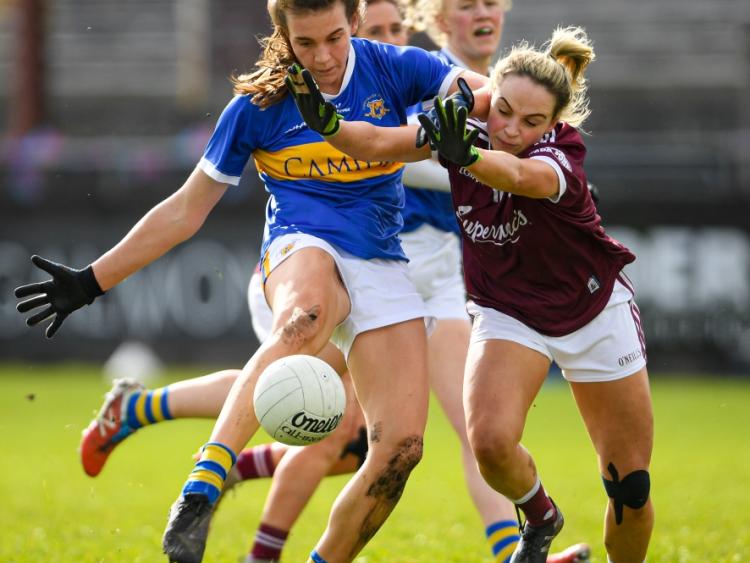 Galway took over at the summit of division one in the Lidl National Ladies Football League on Sunday when they beat Tipperary with eleven points to spare at Tuam Stadium - as a result the Premier County are now sixth in the table with concluding games to come against Mayo on March 22 and Donegal on March 29 (both contests are at home).

Tim Rabbitt’s side went 0-3 to 0-0 up after ten minutes through scores from Fabienne Cooney, the impressive Ailbhe Davoren and Andrea Trill and from there they never looked back.

Midfielder Caitlin Kennedy replied with a score for the Premier County, until Róisín Leonard (free) and Lynsey Noone roared back for the Tribeswomen. Anna Carey clipped over a score from a tight-angle and Noone got on the end of a Trill pass as last year’s runners-up led 0-6 to 0-2 at the interval.

Upon the resumption, Galway nailed home their advantage, as Róisín Leonard hit her first effort from play and Noone almost bulged the net but her shot fizzed across the face of the goal.

Nevertheless, in the 37th minute Galway were awarded a penalty after Róisín Leonard’s shot on goal was saved by Lauren Fitzpatrick and Noone was fouled when going for the rebound. Róisín Leonard duly obliged by converting her spot-kick as Galway led 1-7 to 0-2.

Star forward Ashling Moloney, who was shackled well throughout, replied with a free until Lucy Hannon and Emma Morrissey traded scores and the Tribeswomen led to 1-8 to 0-4 after forty-one minutes.

On the three-quarter mark Hannon hit the score of the day as she dummied her marker and stroked over with the outside of her boot.

As both sides emptied their benches, Tracey Leonard opened her account with Trill getting her second point of the day, as the Tribeswomen won at a canter.