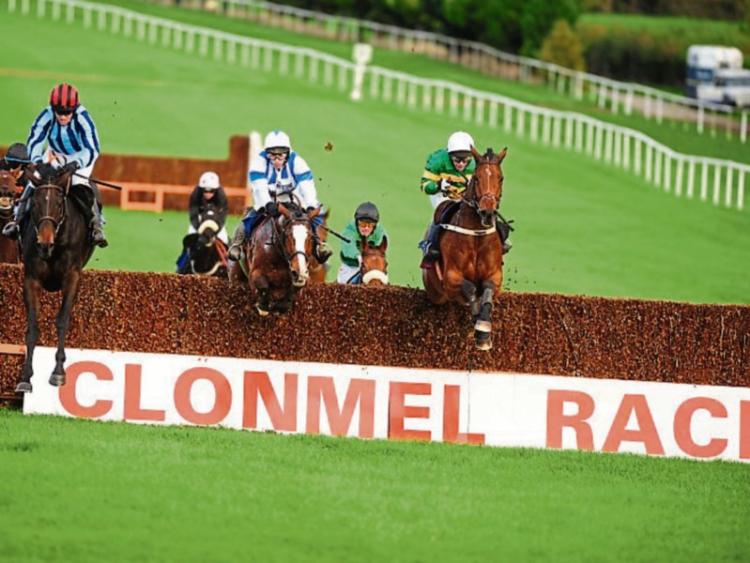 All the big trainers have entries today and all the up-to-date news can be accessed at https://www.racingpost.com/ results/

After the Irish flat turf season got underway yesterday, the jumps back in the spotlight and there’s a stellar seven-race card at Clonmel this afternoon that has attracted all the stars of Irish racing.

All the big trainers have entries today and the feature race of the day, the 4:00, is a fascinating event where all five entries have raced in the Cheltenham Festival, including 8/11 market-leader Bachasson who ran in the 2018 Gold Cup.

The Racing Post has marked the card with a horse to keep an eye on in each race.

Gordon Elliott's six-year-old bumped into a Graded-class performer last time at Gowran but there should not be anything of the same calibre in the line-up this time around.

That was his third start over hurdles and it would be no surprise to see him show the benefit of that experience and open his account now.

Michael Hourigan's promising point winner has long appealed as one with enough ability to win a race such as this but he needs to bounce back from a pretty heavy defeat in testing conditions last time.

Robbie Power, who was aboard this six-year-old in Feburary 2019 when they finished an encouraging fourth to Allez Dance at Punchestown, is back in the plate for the first time since that run.

The Donal Hassett-trained five-year-old caught the eye at Thurles two starts ago and a creditable third at Punchestown last time puts him right in the picture in this open-looking handicap.

His mark of 92 looks workable, and if putting it all together the relatively unexposed youngster should be in the thick of things at the business end.

Plenty have questions to answer in this beginners chase for horses rated 109 or less over hurdles but it's interesting to see Global Fert is now making his first start over fences with new trainer Declan Queally.

A series of long gaps between races tells you he has not been the easiest to train but as a result he has very little mileage for a ten-year-old and could be worth taking a chance on if the market speaks in his favour.

It is difficult to get away from Willie Mullins' talented ten-time winner, albeit Death Duty is worthy of the utmost respect.

Bachasson's recent sixth in the Coral Cup suggested he is in good form and he is still relatively unexposed over fences, so could take some stopping if not feeling the effects of his Cheltenham exertions.

Gordon Elliott can work wonders with mares like this eight-year-old and she arrives here with confidence high after a convincing success at Newcastle ten days ago.

She could have more to come from a mark of 99 and just gets the nod ahead of Dubai Devils, who shaped encouragingly on his return from a long absence last time.

The concluding bumper could showcase some smart prospects and the pick of them looks to be Kilcruit, a talking horse in recent weeks.

Tony Mullins' newcomer, who hails from the family of Mersey Novices' Hurdle runner-up Oh What, has the assistance of Patrick Mullins and will be interesting to watch with the future in mind.

Visit https://www.racingpost.com/ results/  for all the up-to-date information on the races.