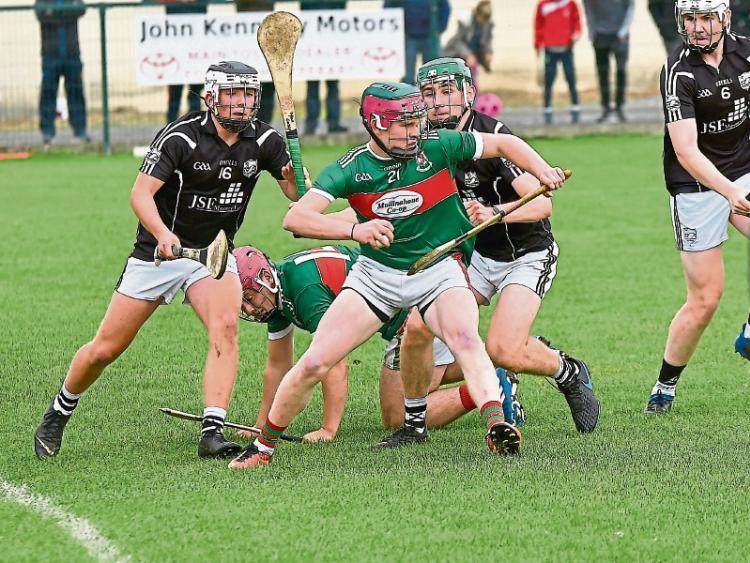 John Rowen, in the famous "Green above the Red" comes through a forest of Carrick Swans to make space for himself.

In this week’s issue of ‘The Nationalist’ our Mullinahone correspondent Rickie Sheehan explains why the local GAA club proudly wear “The Green above The Red.”

“After the events of 1916 Mullinahone GAA adopted new colours.

“Prior to 1917, Mullinahone’s colours were “Red”, the colour of the British Empire. On their way to play a game in Littleton in 1917 the Mullinahone players who were travelling in the back of a lorry had their red flag flying over the lorry.  They decided among themselves that Ireland’s green flag should fly above Britian’s red.

“Ever since C.J. Kickhams GAA flag has been green above red and because the GAA is a national association we hope that these will always remain our colours.  This has been the expectation of our parish for over 100 years.”