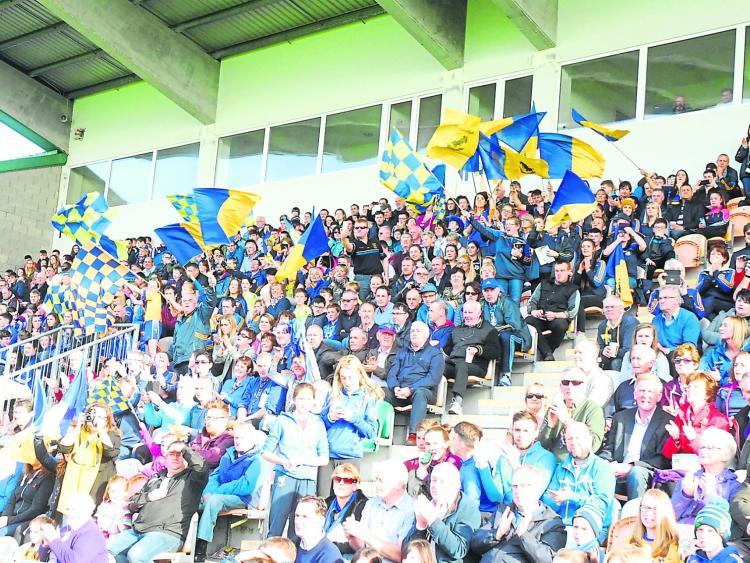 Social distancing will be no problem in Tipperary if the crowds remain at 200 for the football championship and 500 for the hurling.

At present, it looks as though only 200 people will be permitted to enter the grounds for next weekends football championship games - that includes absolutely everybody!!

Last weekend there was a relaxation on the numbers of people who could attend Mass in local churches, from 50 to a figure relative to the size of the building.

And, as the Tipperary County GAA Board prepares to open the gates on the county football championships the weekend after next, and the hurling the weekend after that again, there will be a hope that a similar relaxation might be on the horizon, especially considering games are being played outdoors.

At present, it looks as though only 200 people will be permitted to enter the grounds for the football championship games - that includes players, mentors, officials, host club officials, board officials and supporters. It's easy to see how 200 tickets would disappear very quickly in this scenario. And, this 200 person rule applies to a normal club venue, the same as it does to a 50,000 capacity Semple Stadium. Go figure that out?

The following weekend for the county hurling championship , the maximum permitted figure will rise to 500, but with the hurling games commanding a bigger viewing audience, the challenge will be every bit as big for clubs to distribute the tickets as it will be for the football.

The hope is that there might be a knocking of heads together at Headquarters and with the national health officials and government to come up with a better yardstick by which to measure the numbers of people permitted to attend the games. How can it be right that a match being played in a grounds where there is no viewing facilities can host a maximum of 200 people, while Semple Stadium is only permitted to hold the same number. It makes no sense whatsoever.

Pity the club officials who will have the job of distributing the tickets; pity the gatespeople who will have the task of turning away regular attendees at games - the same ones who are probably paying into draws, lottos, membership etc for many years.

This is not a rule of Tipperary County Board's making, but it is one they have to abide by. And, in abiding by it, the chances of a neutral seeing any live game of hurling or football, would appear to be zilch for the forseeable future.