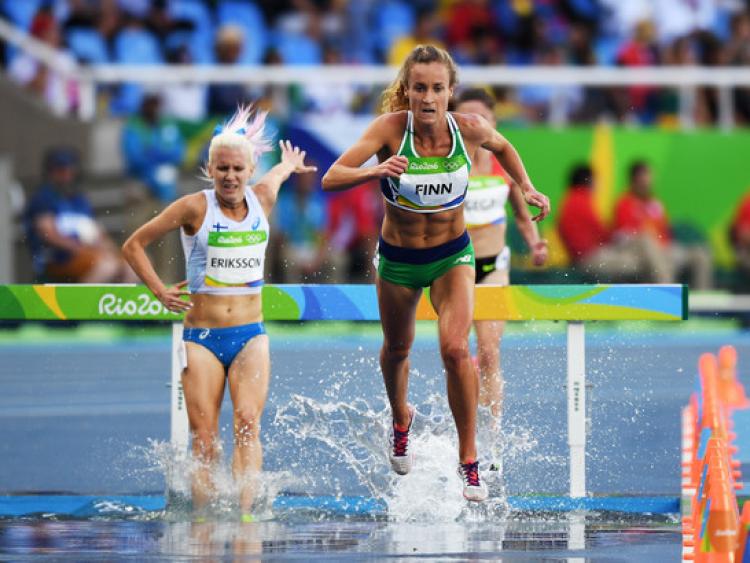 Michelle Finn, whose father Toddy hails from Thurles, will be competing in Moyne.

A huge amount of work has gone on behind the scenes by so many people in Moyne AC to bring this fixture to fruition.

With just a couple of days to go now to the 2020 version of our Summer Games, it is all systems go for Moyne AC club.

A huge amount of work has gone on behind the scenes by so many people in the club to bring this fixture to fruition. A top-class field of athletes from sprinters to middle-distance will be competing throughout the approximate five hours of the games with some riveting competition on offer. Covid 19 has played havoc with athletics and this fixture gives the athletes a chance to race and compete in what is otherwise a near blank year of competition.

Last week’s report featured the Men’s mile and Ladies 800mts and these events are still very much in the limelight, but our top sprinters are also making their way to Moyne for the games. Eight or ten lanes are normal for most tracks but within the confines of Moyne Sportsfield the club has developed a four-lane tartan track. While still meeting IAAF specifications it will be something different for the sprinters with several heats in the 100m, 200m and 400m events.

St. Laurence O’Toole Athletic Club in Carlow currently has two of the top young sprinters in Ireland in their ranks - Molly Scott and Marcus Lawlor - and both are heading to Moyne on Saturday. 21 year old Molly has a best of 11.58 sec in the 100mts and has represented Ireland at the European U/23 Track & Field Championships in 2019 where she reached the final of the 100mts while she was also a member of Ireland’s 4 x 100mts relay team which won the silver medals at the U/20 world track and field championships. At 25 years of age Marcus has much to live up to as his mother and coach, Patricia Amond, also represented Ireland at international competitions but he is making his own mark at national and international level.

Sophie Becker, St. Joseph’s and Sharlene Mawdsley, Newport will battle it out in the 200mts and with little or nothing separating them in time, this should be a tremendous race and when you add in Sarah Quinn, St. Colman’s South Mayo and Sarah McCarthy, Mid Sutton into the mix there will certainly be some fireworks. All four athletes have competed for Ireland at international competition, most recently the 2019 U/23 European Track & Field Championships. Laura Nally, GCH and Caoimhe Cronin, Le Cheile along with Niamh Malone, Monaghan Phoenix are the pick of the 400mts while in the men’s event Brandon Arrey, Raheny Shamrocks looks to be the main threat to the other athletes.

The club are also promoting races for U/17 and Junior athletes and again some of our top young athletes including provincial champions will be on show. Aisling Kelly, Taghmon, Jane Maher, Tullamore, Lucy Sleeman, Leevale, Louis O’Connell, Lios Tuathaill, Conor Goulding, West Limerick, Kelvin Carroll, Dooneen, Shane Buckley, Dundrum and Ava O’Connor, Tullamore Harriers are amongst the athletes on show at this level.

We could not promote this event without giving our own club athletes an outlet to compete. Aaron Moore, Jake Bowe, Aisling Dwyer, Katie Bergin, Aoife Dwyer, Leona Maher, Aisling O’Loughlin, Michael Aherne, Darragh Queally, Jack Hickey, Ber Spillane, Rachel Butler and our 4 x 100mts relay team will all have the opportunity to test themselves against some of the best and to this end we wish them the very best of luck.

The club had hoped that restrictions on 200 people at an outdoor gathering would have been increased to 500 which would have allowed us to have some spectators at the event, but this has not happened. We would ask people to respect the fact that we cannot have spectators but to fill the void we are live streaming our event on the club’s Facebook page. We will be enforcing all Covid-19 guidelines and are asking for the goodwill of all the athletics community to ensure everyone is kept safe.