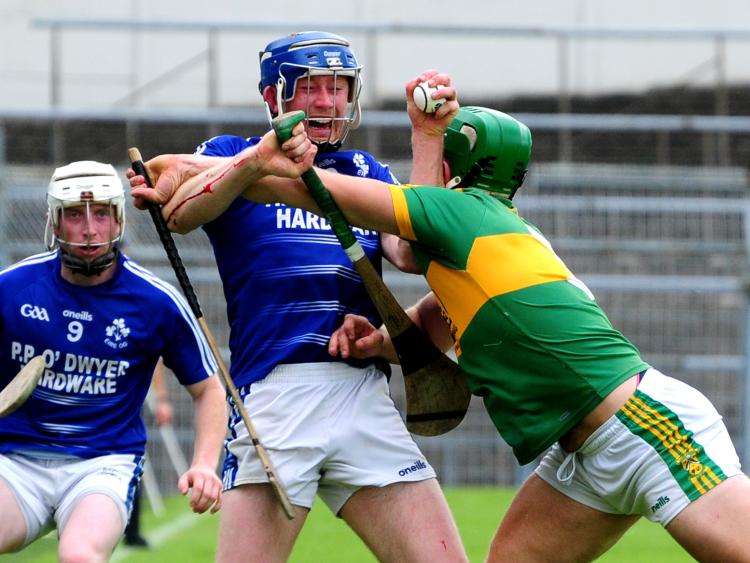 Eire Og Annacarty/Donohill’s county senior hurling championship prospects suffered a big setback at Semple Stadium on Sunday when, in the opening round of the championship, they slumped to an eight points defeat at the hands of west division rivals Clonoulty-Rossmore.

Though they have the chance to salvage their campaign with games against Nenagh and Holycross, this defeat puts them on the back foot with no room for further error. That situation is further aggravated by the injuries sustained by key players Brian Fox and Ronan O'Brien and how quickly they recover will have a big bearing on the kind of season Eire Og will have.

Even without ace marksman Timmy Hammersley, who was serving a suspension carried over since last year, Clonoulty carried too much firepower for their rivals, who suffered  a double blow in the first half with the loss of  Brian Fox and Ronan O'Brien through injury.  In a low-key contest that fell well below expectations, Clonoulty were calling the shots from the outset and the  20th minute injury to Ronan O'Brien, followed 8 minutes later by Brian Fox’s enforced withdrawal, simply smoothed Clonoulty's passage to the winning rostrum.

By then, however, Clonoulty were well on the way to victory. Cathal Bourke’s goal after 7 minutes, following good work by Stephen Quinn, put them 1-3 to 0-2 ahead and by the first water break the margin was 1-7 to 0-5 in their favour. Clonoulty were comfortably in control and some slack shooting by the Eire Og boys also undermined their challenge.

Ronan O'Brien’s injury after 20 minutes didn’t help the Eire Og cause and when Brian Fox joined him on the sideline 8 minutes later they were in serious trouble. At half-time Clonoulty were 1-9 to 0-8 to the good, Cathal Bourke and Dillon Quirke picking off some neat scores. Dinny Crosse was denied a much-needed goal for Eire Og by a smart save from Clonoulty goalie Declan O'Dwyer in injury time.

The game was decided in the early stages of the third quarter as Clonoulty turned up the heat. After Cathal Bourke pointed a 65, Dillon Quirke set up Fiachra O'Keeffe for their second goal, followed quickly by three points  from Ronan Heffernan, Michael Ryan and Cathal Bourke to put them 2-13 to 0-8 clear after 9 minutes. Game over.

To their credit, Eire Og stuck with it and matched their rivals scorewise to the finish from here, but Clonoulty had taken their foot off the pedal and were in no danger of being caught. It was simply a case of seeing time out without incurring injuries or cards and this they did effectively.

So Clonoulty are off to the perfect start with a performance that will encourage justifiable optimism in the camp. The return of Timmy Hammersley will strengthen their hand, though with Cathal Bourke on form from frees, scoring four and two sixty fives  as well as 1-2 from play, they have no real worry in that department. Key men in this win were Dillon Quirke, Enda Heffernan,  Fiachra O'Keeffe and Michael Ryan but all round they had much to be pleased about.

With a busy schedule of games in both hurling and football on the way, Eire Og will be concerned about their injuries. But for the excellence of Darragh Mooney in goal, who made three top-class blocks, they could have shipped a much heavier defeat. Paudie O'Dwyer, Diarmuid Ryan, Dinny Crosse and the accurate Aidan Griffin were others to battle hard for the cause.