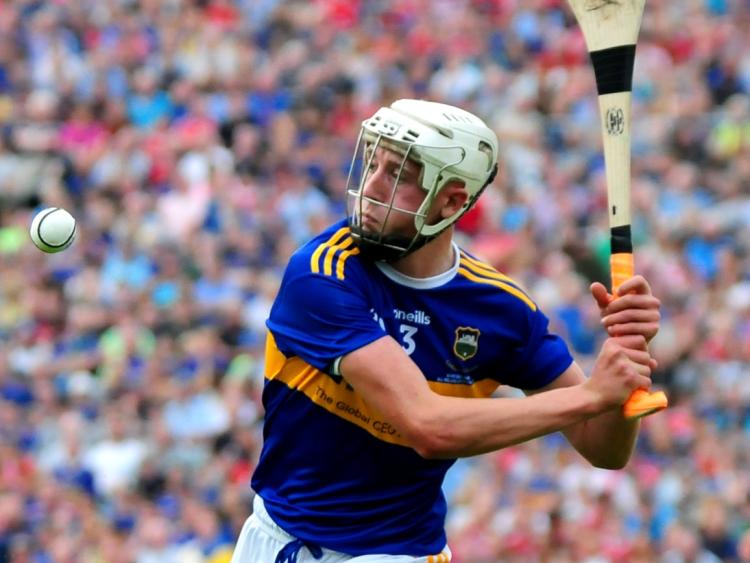 Cashel King Cormacs and Ballingarry played out an entertaining game in the Seamus O'Riain Cup county senior hurling championship in Clonmel Sportsfield on Saturday evening, with victory going to the West Tipp team.

A pointed free from Ballingarry's Dylan Walsh cut the deficit to 1 point. Cashel replied in style, scoring 4 unanswered points - Eoghan Connolly from a sideline cut, Conn Bonnar from a free, Eoghan Connolly from a long-range free and Conor O'Dwyer from play. This put Cashel in firm control after 11 minutes,as they led by 8 points to 2 and were playing very well.

Ballingarry got their first point from play in the 12th minute when Adrian Cleere scored from out near the sideline. Eoghan Connolly stepped up and scored a majestic point, from distance, direct from a sideline cut. It was his second pointed sideline of the match.

Ballingarry got their second point from play after 17 minutes, scored by Michael Ivors. Ballingarry then introduced their first substitute when Jamie Walsh replaced Kieran Lyons. Ballingarry were beginning to get a foothold in the game. They began to play with greater intensity and urgency. They scored 4 unanswered points - 2 frees plus a brilliant sideline cut from Dylan Walsh and a point from play from Adrian Cleere.

The scores were now level at 0-8 each after 25 minutes. Ross Bonnar then scored 2 points from play for Cashel King Cormacs to put the West Tipperary side 0-10 to 0-8 ahead at half time.

Ballingarry scored first in the second half with a point from play from Michael Ivors. Conor O'Dwyer then scored a brilliant goal for Cashel King Cormacs from a very tight angle. It was superbly finished by the young forward. Cashel were now 1-10 to 0-9 ahead after 2 minutes of the second half.

Ballingarry then scored two points from play from Adrian Cleere and Dylan Walsh to make it 1-12 to 0-13 to Cashel. The game was in the melting pot, as the pace was furious and the intensity was high in an an exciting contest. Conor O'Dwyer scored from play for the King Cormacs and Ballingarry replied with a free from Dylan Walsh.

Cashel King Cormacs scored their second goal in the 14th minute of the second half. An excellent ball in from Fearghail O'Donoghue put Ross Bonnar in the clear and he finished to the net. It was now Cashel King Cormacs 2-13 Ballingarry 0-14.

Jack McGrath replaced Michael Coleman on the Cashel team. Sean Doheny scored a point from play for Ballingarry. Two unanswered points from play, from Conn Bonnar, looked to have put Cashel in firm control but Ballingarry were not going to lie down. The South Tipperary club responded with a goal from a free by ace marksman Dylan Walsh. It was now Cashel 2-15 Ballingarry 1-15 with 10 minutes remaining.

A Conn Bonnar point, from a free, put Cashel 4 points up but Ballingarry replied with 2 points - Dylan Walsh from play and then from a free. It was now 2-16 to 1-17 to the West Tipperary outfit, with four minutes left, and a grandstand finish was in store.

A point from play from Conn Bonnar after 27 minutes put Cashel 3 points up. Then Eoghan Connolly pointed a free in the 30th minute to put the King Cormacs 4 points up with time almost up to secure the all-important victory.

Cashel King Cormacs play Carrick Swans in the final round next weekend while Ballingarry play Killenaule in a mouth-watering South derby.