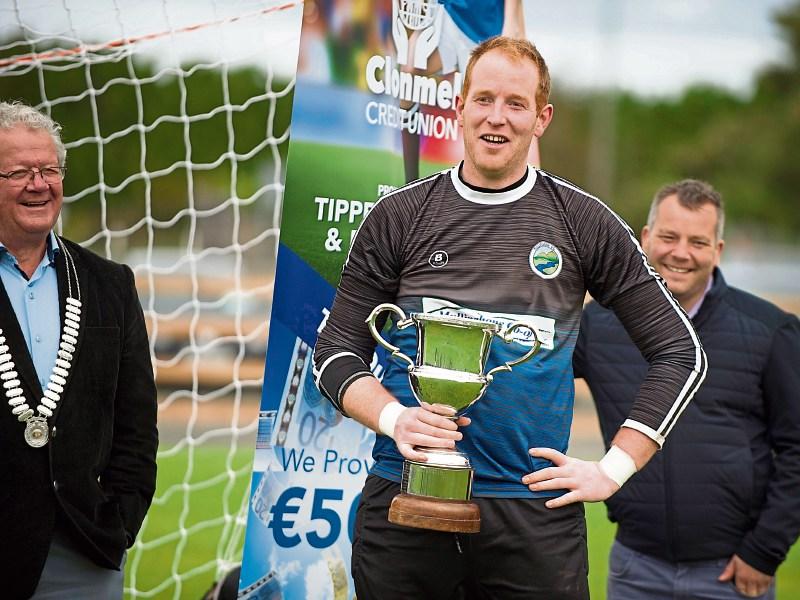 Mullinahone continued their excellent run of form of late, and wrapped up this season’s Third Division title with a decisive win over a Bansha Celtic side who had faltered in their promotion push in the last number of weeks.

The home side were on top from the beginning of the game and they never looked like they were going to relinquish their title ambitions as soon as Liam Hicks put them a goal up in the 15th minute.

Two more goals inside seven minutes from his brother Ryan Hicks in the 33rd and 40th minutes gave them a commanding three goal lead at the break.

And the second half carried on in a similar fashion to the first, with Ashley Lasslett extending the lead to four ten minutes after the break.

In complete control now, Ryan Hicks put the icing on the cake of his and his side’s day when he completed his hat-trick 20 minutes from the end.

To their credit the visitors fought all the way to the end and managed to pick up a consolation goal five minutes from time, but the final whistle sounded to great celebrations from the home side, who accepted the silverware from the league committee. 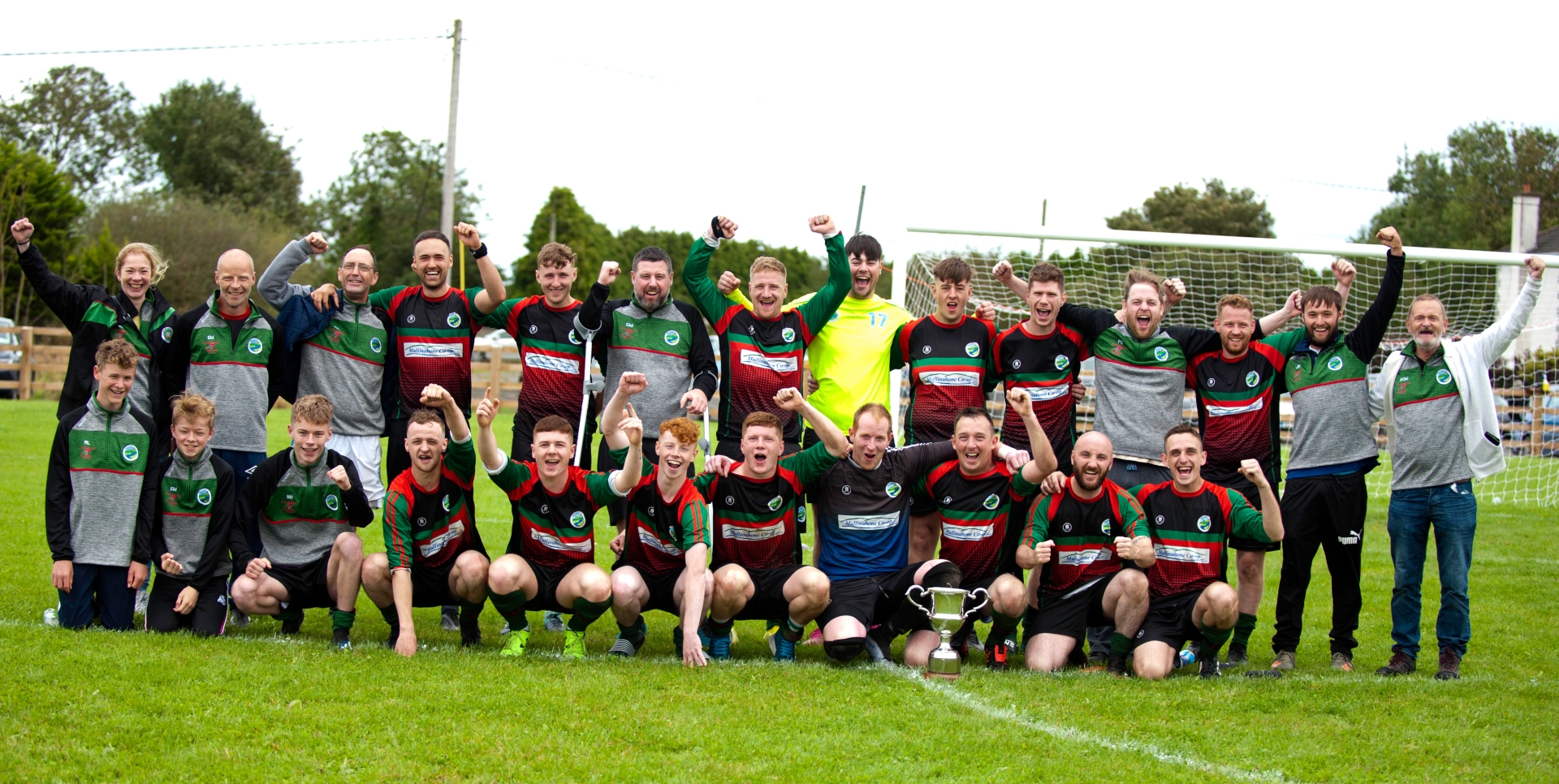 Mullinahone FC celebrate with the Division 3 League cup after their title-clinching win over Bansha Celtic.