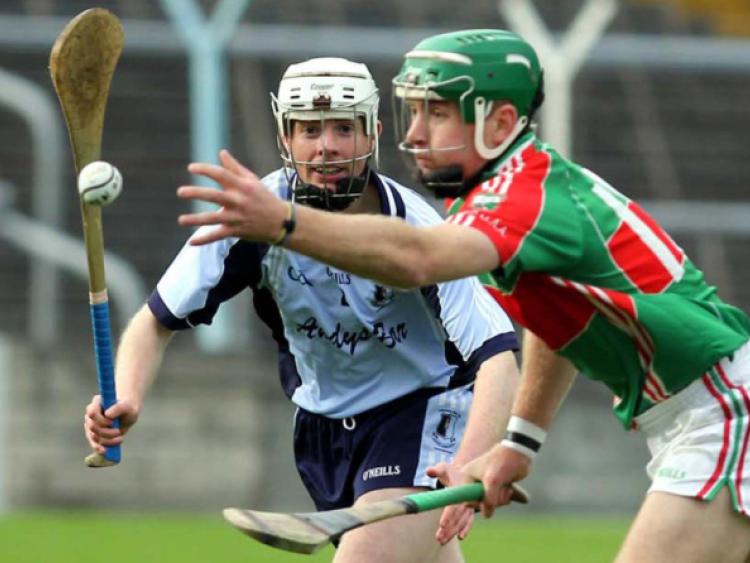 Loughmore Castleiney are through to the FBD Insurance Tipperary senior hurling championship final courtesy of a brilliant performance against predictably unpredictable Nenagh Eire Og at Semple Stadium this evening.

The Nenagh lads, fresh from hammering favourites Thurles Sarsfields seven days ago, just could not replicate the kind of form which gave them so comprehensive a victory. And, to compound their difficulties in this evenings outing, they lost defenders Conor McCarthy and Tipp star Barry Heffernan through injury in either halves, and had Tipp attacker Jake Morris straight red carded at the end of the third quarter.

But, this was vintage Loughmore Castleiney too - they did the simple things right; played with real purpose and put hurling out of the heads of the Nenagh Eire Óg lads for a long time - they won't even have a north senior hurling championship to get them back on the horse any time soon.

Leading by 0-8 to 0-1 at the water break Loughmore Castleiney were in flying form. But, Nenagh stormed back with points from Michael Heffernan, Tommy Heffernan, Jake Morris and James Mackey to bring them back into the play.

Loughmore Castleiney though hit 1-6 without reply before the break to take a very comprehensive 1-12 to 0-6 interval lead - the goal coming from the very hard working Tomas McGrath.

The third quarter saw the mid men extend their lead further still and with Barry Heffernan going off injured and Morris sent off, Nenagh Eire Og's race was run. They did manage a goal from Tommy Heffernan in the 26th minute, but it served only as a consolation. Nenagh were hugely disappointing on the evening and found none of their form from the previous weekend  which was so devastating - a very tame exit from the championship for the side.

As for Loughmore Castleiney who had sub Conor McGrath put off for a second yellow card late on? They were superb in their play and in their application and it will take some effort to keep their name from being inscribed on the Dan Breen Cup in two weekends time.