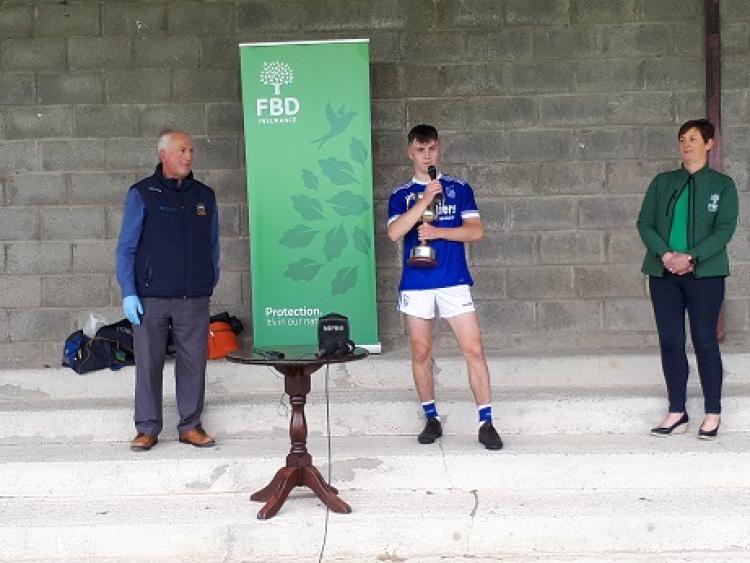 A far slicker Thurles Sarsfields side won the FBD Insurance county minor A hurling title at Holycross this afternoon as they dispatched the challenge of Cashel King Cormacs in a highly entertaining game.

The Thurles men were just that little bit more clever on the ball and their big men really stood out with top drawer showings from the likes of James Armstrong, Tommy Maher, Darragh Stakelum, Liam McCarmack and Henry Fogarty.

Having led by 0-9 to 0-3 at the first water break thanks to scores from Tommy Maher (2), Darragh Stakelum (2), Liam McCormack (2), Paddy Creedon, Philly Hayes and Darragh Minogue, Sarsfields were in a very dominant position and it looked as though it would take a lot to know them out of stride. 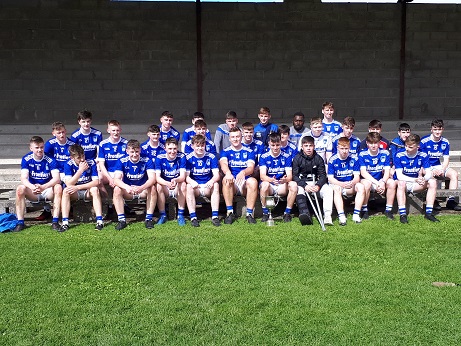 The victorious Sarsfields team pictured with the silverware.

Cashel did have Jack McGrath (3), Cathal Quinn (3) and Ronan Connolly points as they enjoyed a better second quarter, but Sarsfields still led by 0-11 to 0-7, with Minogue and Stakelum adding further points for them to keep the lead intact.

And, when Minogue goalled in the 7th minute of the second half, there was only ever going to be one winner with Sarsfields tagging on points at ease to run out comprehensive victors - the red card dismissal of Cashel's Jack McGrath right at the very end, summing up the frustration of the afternoon for the west lads.

Sarsfields title then and deservedly so. This well drilled side had all the answers to the questions asked of them this season and captain Henry Fogarty received the silverware from County Board Chairman John Devane, and Rena Ryan of FBD Insurance.